The year Christ was Crucified

Most mainstream churches defend either 30AD or 33 AD. The worldwide (and United) church of God has said that Christ was Crucified in 31 AD (and therefore born in 4 BC), which is the correct date?

1.The death of Herod occured around Passover in 4BC.

Most scholars who put forth a year and general time of the year for the death of Herod based on Roman and Jewish records conclude that Herod died shortly before Passover in 4BC. The Bible plainly tell us he was still alive when Jesus was born. If this is correct then Jesus could not have been born 6months in the late 4BC after Herod died. This would mean the latest date for Christ's birth was 5BC and therefore Christ's crucifixion would have been in 30AD (remembering that 1BC is followed by 1AD and there's no zero year).

2. The year 30AD is exactly 40years before the Temple was destroyed. The siege of Jerusalem itself began on Passover in 70 AD.

The number of 40 we all know is the number of trial and testing and it would make perfect sense if God gave the Jews 40years to turn back to him after their involvement in the death of Christ . A researcher Josephus confirmed that the siege of Jerusalem began on Nisan 14 in 70AD on the very same day of the year that Christ was crucified. This would be exactly 40 years to the day when Jesus was crucified if it was in the year 30AD.

3. Temple miracles that occured for 40 years before the destruction of the temple.

We do have historical evidence that supports this likelihood that God gave the Jews 40 years of testing following the death of Christ. Jewish record how miraculous events that started 40 years before the Temple was destroyed and continued every year until Jerusalem fell. It would be unusual if these started a year before Christ was crucified and it would make more sense if they begin starting with the year of Christ's death.

- The Western light went out.

- The lot of the Lord always came up in the left hand. 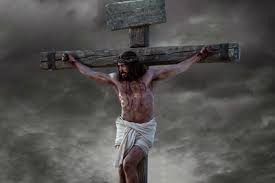 Thanks for reading and for further analysis refer to Daniel 9:224-27

Content created and supplied by: Jmate (via Opera News )