The process of invoking curses among the Akans.

By Jmahama (self meida writer) | 1 months 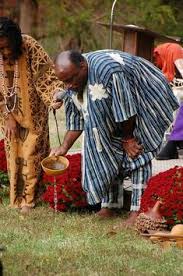 Curses have existed since creation and has been one of the universal beliefs among the various religious divides. Christians and Muslims use curses to to inflict pain on their enemies or vindicate themselves of allegations.a

A curse is a word or phrase that invokes a supernatural power to cause something bad to happen.

A curse is one of the belief practices that is feared by many people in the world especially in African societies. Curses are believed to have dire effects on their victims and as a result, there are community regulating the use of curses.

The Akans call a curse ‘dua’, the Dagombas call it "Noli" Though cursing is a belief cutting across all societies and cultures, it is more common among the Akans.

The act of cursing is known in the Akan communities as “duabo”.

In Christianity, the act of cursing was first used by God when Adam and Eve disobeyed Him in the Garden of Eden by eating the forbidden fruit.

Genesis 3:14, NIV: "So the LORD God said to the serpent, 'Because you have done this, 'Cursed are you above all livestock and all wild animals! You will crawl on your belly and you will eat dust all the days of your life." 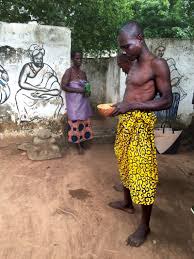 The belief in curses is also not different in Islam. This lends support from Surah Ahzab 33:64 where God curses man for not obeying Him.

“Surely Allah has cursed the unbelievers and has prepared for them a burning fire”.

They will similarly invoke curses to vindicate themselves when they are falsely alleged to have done something bad.

In general terms, idol worshippers are the frequent users of curses. This is because they see their idols as quick justice dispensers.

Names of dieties will be invoked and challenged to dispense a Wii. To speed up the process, it will be promised something if the will is done on time.

However, if the truth about the curse is discovered on time, the curse can be reversed.

It is advised among all beliefs that curses should not be used because of its devastating effect.