Should a Presbyterian Invoke Thunder gods and Curse at a Cemetery? Abronye Did It, Throwback Thursday

By BigKwadjo (self meida writer) | 15 days

Kwame Baffoe, popularly known as Abronye DC is the Bono Regional Chairman and a communicator of the New Patriotic Party. Abronye DC, is a self confessed believer and Christian and a member of Presbyterian Church of Ghana. 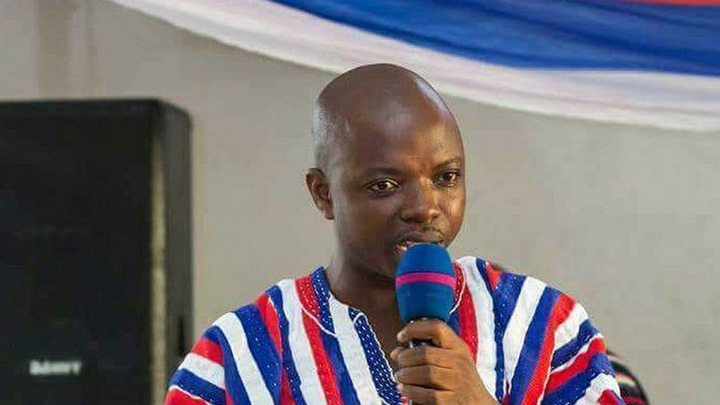 The fast rising politician has in recent past, had altercations with the law and people in the NDC and even in his own party, In fact in 2017, when the NPP took over as government, he had started a one man campaign against Ibrahim Mahama's bauxite prospecting in the Eastern Region and threatened to go to court to prevent the former presidents biological brother's company, Exton Cubic Group from this mining site, they had won under his brothers rule.

So it may be interesting to note that, this self confessed Christian and one, who knows the way to the courts, will choose the gods to settle a matter, in which he insists he was falsely accused, asking the gods, to bring him justice. Abronye, the Presbyterian, stirred up a major controversy, when he stormed a cemetery to curse an NDC politician over missing excavators, of which he had been accused of having illegally taken and sold five (5).

The Bono Regional Chairman of the governing New Patriotic Party (NPP), Kwame Baffoe, popularly known as Abronye DC, had rained curses on those associating him with the famous missing excavators saga, as according to him, there is a list of names of personalities circulation on social media which suggests that the alleged 500 missing excavators were distributed among the named personalities including him. 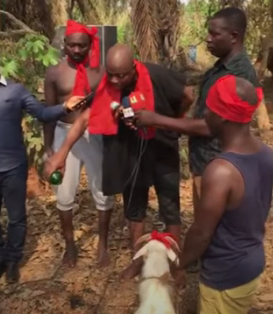 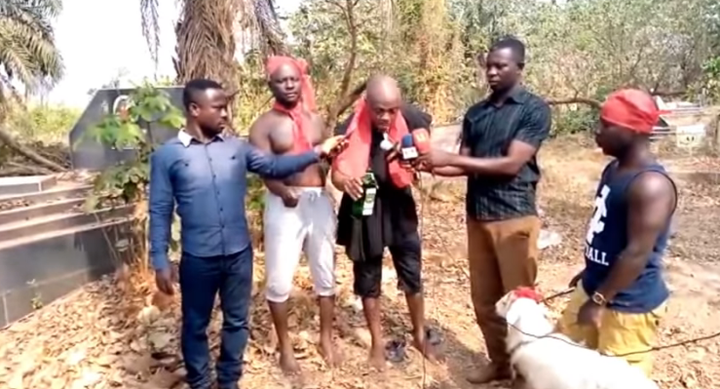 Even though, curing and pouring out libation to the gods is largely abhorred by the entire Christian community and especially by his church, it came as a total surprise when the maverick politician said those maligning his name in the wake of the saga should face the wrath of the thunder gods, whom he had visited with a group of associates clad in black, with their big goat and drinks in his hands as seen here https://www.youtube.com/watch?v=nySp4Or3-9A&t=8s.

In a viral video then posted by Adomfmonline, Abronye was seen pouring a libation and sacrificing a goat at a cemetery where he invoked curses. To depict the pain caused him, the controversial chairman called on the gods to strike those behind the story down as he knows nothing about the matter. “Those peddling these unsubstantiated lies against me, may the gods of thunder strike them down if they do not stop and on the other hand if I am in any way connected to the missing excavator saga, may same god’s strike me down,” he had cursed.

This attracted a sharp rebuttal, as the Deku family of Avenorpedo in the Akatsi South District of the Volta Region gave Abronye DC an ultimatum of 72 hours (3days), to reverse his curse through the same medium or face the wrath of the gods of Nogokpo, Klikor and Avenorpeme.

Nothing else really cam up again on this cursing by a Christian and hopefully, there has been some forms of repentance and moving on. 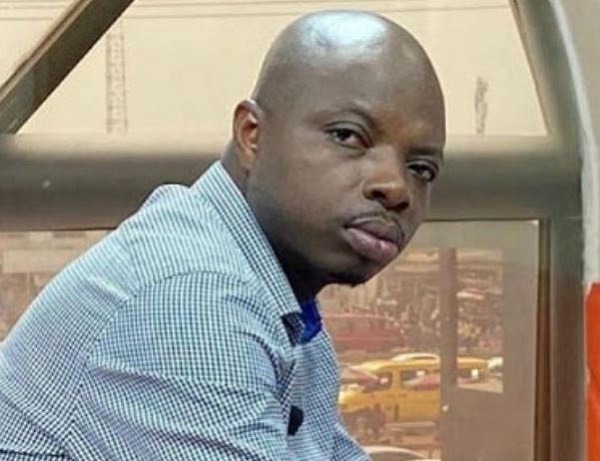 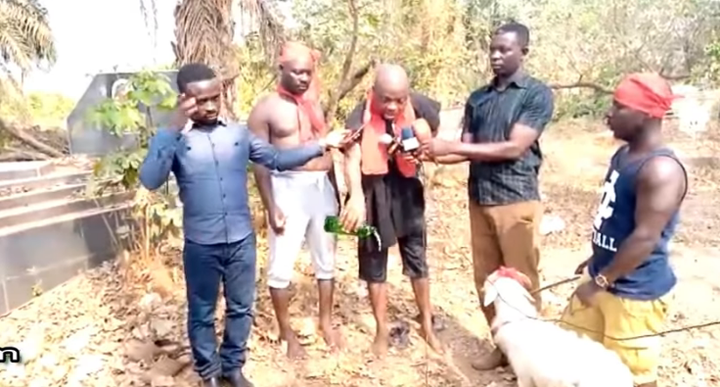