OPINION: Allow Catholic Priests to Marry Instead of Burning with Desires

By WesstPatty (self media writer) | 9 months ago

Father Baltharzzar Obeng Larbi (Venerable), the Anglican Priest caught in a video kissing three(3) female students at St. Monica's College of Education at Asante-Mampong has apologized to the general public for the unfortunate incident. It's noteworthy that the man has apologized to the parties involved in his behavior. The rest is up to whoever is affected to come to terms with that. 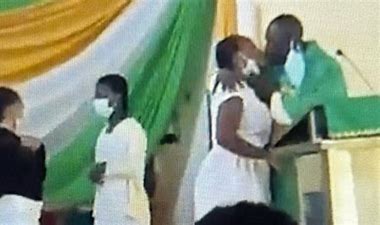 The conflict over celibacy in the Catholic Church is one of the priesthood’s greatest challenges. In 1970, 10,000 priests were listed as having given up their position in order to marry. Today, we can't tell those who are willing to do that. In Brazil, the number of priests who have made this decision has increased 20 times. Though their argument has no basis in the Scriptures, church leaders in Roman Catholicism defend the practice of celibacy by saying that it allows the priest to give more attention to God and to concentrate on his work. But the real argument that sustains celibacy is very mundane. The idea came up in the Middle Ages to preserve the material patrimony of the church, preventing descendants from obtaining land and other possessions.

Because of the “prevalence of fornication,” the Bible says that “it is better to marry than to be inflamed with passion.” (1 Corinthians 7:2, 9) In spite of this wise advice, many among the clergy are required to remain celibate, that is, unmarried. “The vow of celibacy is not broken,” explains Nino Lo Bello in his book The Vatican Papers, “if a priest, monk or nun engages in sexual relations. . . . Forgiveness for sexual relations can be obtained by making an honest declaration in the confessional, whereas the marriage of any priest would simply not be recognized by the Church.” Has this teaching produced good or bad fruitage? 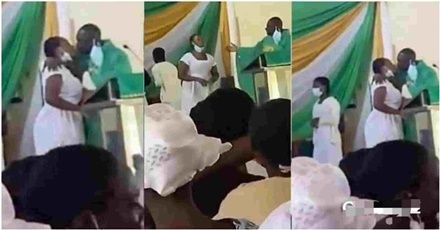 No doubt, many priests live morally chaste lives, but a large number do not. According to the 1992 Britannica Book of the Year, “the Roman Catholic Church was reported to have paid out $300 million to settle cases of clergy sexual abuse.” Later, the 1994 edition said: “The death of a number of clergy from AIDS brought visibility to the presence of gay priests and observations that there were an inordinate number of . . . gays drawn to the priesthood.” No wonder the Bible states that “forbidding to marry” is a ‘teaching of demons.’ (1 Timothy 4:1-3) “In the view of some historians,” writes Peter de Rosa in his book Vicars of Christ, “priestly celibacy has probably done more harm to morals than any other institution in the West, including prostitution. It has been more often than not a stain on the name of Christianity. . . . Enforced celibacy has always led to hypocrisy in the ranks of the clergy. . . . A priest can fall a thousand times but he is forbidden by canon law to marry once. 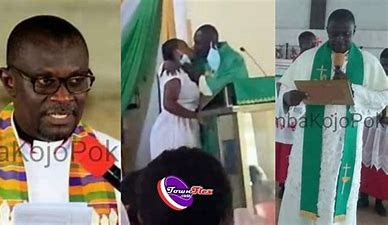 Forcing priests to remain single “leads to paternity suits, to mistresses, to increased levels of homosexual activity among clergy and seminarians, to loneliness and in some cases to pedophilia.” That, according to the National Catholic Reporter, is the substance of a warning that Joe Sternak, a former Catholic priest of the Chicago archdiocese in the United States, issued on the subject of celibacy at an annual conference. Sternak, who is currently writing a book on pedophilia, charges that dioceses in over 20 states use church donations to pay for lawsuits and out-of-court settlements in cases of priestly sexual abuse of children.