Speaking in Tongues:Unlearn the Lies and Misconception.

By koonyame (self meida writer) | 26 days

The concept of speaking in tongues has been greatly misunderstood by the masses.However,if one takes 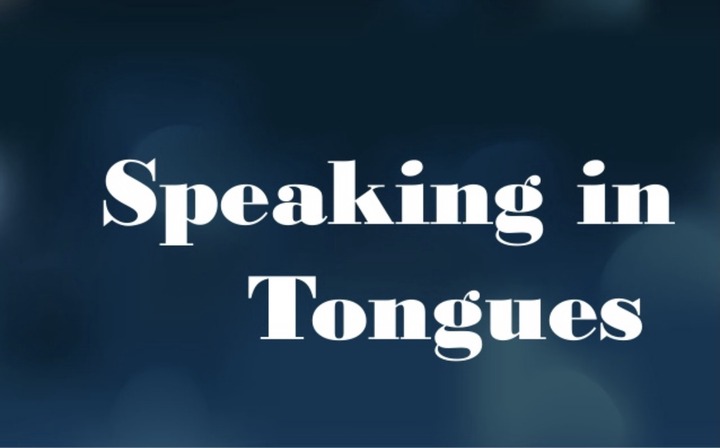 time to study the scriptures as directed by the Holy Spirit,one would understand that tongue speaking is a clear and comprehensible language meant to be understood and not some kind of unidentifiable “gibberish”spewed by some so-called Christians who have little or no knowledge about the correct concept of “Tongue Speaking”.

Contemporary Christians do understand what they speak but believe it’s the language of God.

Language is a communicative tool meant to bring understanding and thus,if i send a signal to God by means of a prayer(tongues) or language i do not understand myself,how does God respond effectively to my prayer for me to receive answers.The current trend of speaking in Tongues as practiced by charismatic christians is a learned utterance of non-linguistic syllables.According to this conviction,it is neither xenoglossia nor miraculous but rather ,a taught behavior,possibly induced .

Acts 2:7-11 explains that,the people heard the Apostles speak “EACH IN OUR OWN LANGUAGE IN WHICH WE WERE BORN”...there were Medes,Parthians,Elamites,those dwelling in Mesopotamia,Pontus and Asia.Phrygia and Pamphylia,Egypt and the part of Libya adjoining Cyrene,visitors from Rome,both Jews and Arabs-“WE HEAR THEM SPEAKING IN OUR OWN TONGUES THE WONDERFUL WORKS OF GOD”.

Then Lastly,in Acts 19,God exuded that baptism into Christ is sufficient for one to receive the Holy spirit.

Acts 2 makes it clear that speaking in Tongues means speaking in another language.Now in Acts 2vs 6,beginning in verse 6 and continuing in verses 8 and 11,we find the explanation of speaking in tongues..

Verse 6: “Everyone heard them speak in their own language.”how disputable can this be??that our Christian leaders have rather sought to perpetuate the misconception about tongues and have ultimately bequeathed this wrong to their followers and congregants.

In other words,If an individual only knows the language of english but goes to Germany to preach the word of God and then abruptly,he’s filled with the Holy Spirit and starts speaking dutch,that individual is speaking in a new tongue.That individual speaks as the Spirit leads him..so it’s not about the “babababababaaaaa,shabadaba,shabadey,radalingo”..it will amaze you to know that Christians actually form whatsapp groups and type in tongues!!,all in the name of praying to God.Unprecedented!!!

Paul admonished that,speaking of tongues should not be done unless someone is present to interpret what is said-1 Corinthians 14:4-5.Thus if a minister preaches to the church in a foreign language,the audience would not understand him so someone who understands both langauges must interpret.

Let us always be guided by the Holy Spirit for deeper understand of the Bible and it’s context.Let us not solely depend on what is taught and preached,let us be like the Berean Jews-always seeking,always studying.

Content created and supplied by: koonyame (via Opera News )