How Father And Son Headed The Methodist Church Ghana, Story Of Most Rev Titus Awotwi Pratt And Dad.

By www.zealivee.blogspot.com (self media writer) | 7 months ago The Most Reverend Titus Kofi Awotwi Pratt is the immediate past Presiding Bishop of the Methodist Church, Ghana who was inducted into office from October 2015 to October 2018.

Born on December 5, 1947, he is the sixth of ten children. He had his secondary education at Wesley Grammar School in Accra, finishing in the 1967 year group where he completed and received his O Level Certificate. He continued at Komenda Methodist College of Education in the Central Region where he trained as a Teacher and taught for a while.

He entered the ministry in 1973 when he enrolled at the Trinity Theological Seminary and was commissioned a Reverend Minister upon completion of his training in 1977. His father, Rev. Charles Awotwi Pratt who was Head of the Methodist Church at the time of his graduation commissioned him. His first station was as a Chaplain at Fijai Secondary School in Sekondi, Takoradi in 1977 and was ordained two years later as a full minister of the Methodist Church, Ghana in 1979.

Most. Rev. Awotwi Pratt studied at the Victoria University of Manchester, UK for his first degree in Historical and Contemporary Theology. He was Assistant Minister at Roundhay Methodist Church at Laywood, Leeds and later at Manchester and Salford Circuit, all in the UK.

He served as Chaplain at Prempeh College in Kumasi upon his return from 1982 to 1984. He was appointed headmaster of the then Wesley Day Secondary School, initially Methodist Day Secondary School and now Kumasi Wesley Girls Senior High School. He served there for two years and took up full ministerial duties as a Circuit Superintendent Minister for 3 years with postings to circuits in Kumasi, Ajumako and Cape Coast. 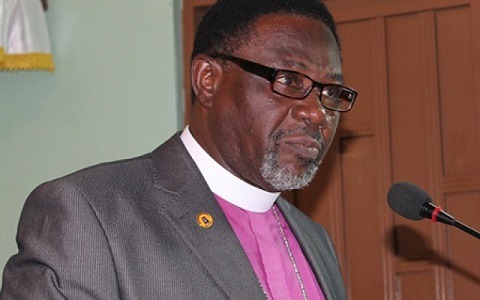 He had his Masters degree in the Study of Religions from the University of Ghana, Legon. He also holds Certificates and Diplomas in Evangelism Studies and Ecclesiastical Leadership and Administrative courses from Institutions in Singapore, Sierra Leone and Fort Lauderdale, Florida, U.S.A.

He returned to Ghana and served as Superintendent Minister in two Methodist Circuits in Accra, the Dansoman and Kwashieman Circuit. He was later elected the Methodist Bishop of Accra till he was elected as Presiding Bishop of the church at the Methodist Church Conference in 2014. He was however inducted into office on October 2015 and served till October 2018.

His election to this high office marked the first time a father and son had headed the church since 1835.

He is married to Mrs. Anna Irene Awotwi Pratt (née Acquah) and they are blessed with five adult children.

Here is to celebrating Most. Rev. Awotwi Pratt for all his achievements and impact in the Society and body of Christ. 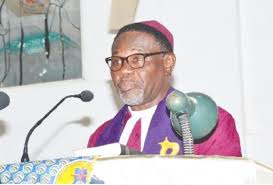 West Africa Football Academy (WAFA) Set To Be Closed down

"Unbelievable: Meet A Man With 15 Wives And 107 Children And His Reason Will Amaze You [Video]

Check Out The Story Of Bono, Where People Challenge Each Other With Spiritual Powers.