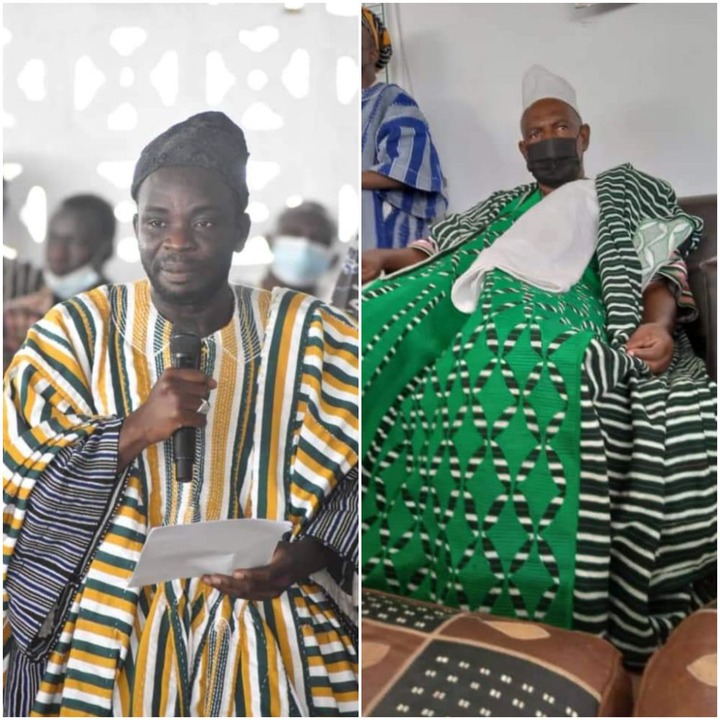 The Overlord of the Waala Traditional Area, Naa Fuseini Pelpuo IV has placed a ban on all Islamic activities involving public address on social media and Radio Station over rising tensions in Wa and surrounding communities through Naa Ali Seidu Pelpuo Yelmaana, the Paramount Chief of of Buda Tradition Area and Vice President of Waala Traditional Council. 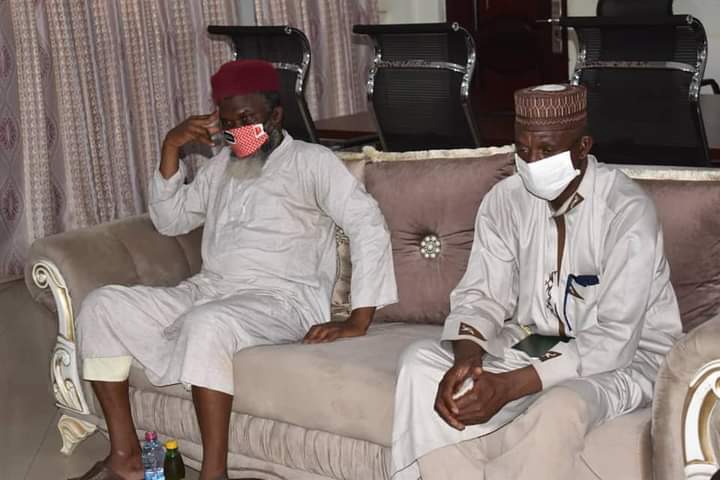 There has been a misunderstanding between an islamic scholar by name Sheik Musah and other Muslims who argue over morality in some selected radio stations in Wa, some even go to the extend of Recording and transferring Into phones of believers, misguided speeches against other sections of Muslims known as Tijaania, Ahmadiyya and Wahabia group of Muslims in Wa.

The Ban is expected to last from 15th to 28th July 2021 for the Traditional Council to address issues, a copy of the letter was submitted to the regional security council(REGSEC) headed by Dr. Hafiz Bin Salih.

It can be recalled that a grudge had occured between Uztahz Hassan and Japan Man in Wa over Some Islamic Issues resulting in the division of a basic islamic school in Wa.

The ban is to be lifted after Eid Adha.

Statement from the Waala Traditional Council

Wa Naa Fuseini Seidu Pelpuo IV, Overlord of the Wala Traditional Area and President of the

Municipality.The ban which has been taken in consultation with the Yeri Naa and leaders of all the Islamic religious sects in the Municipality as well as the Security Services, takes effect, starting from today Thursday, 15" July, 2021 and ends on Wednesday, 28" July 2021.This action has been taken to stop the spate of retributory preachings threatening the peace of the Municipality.

This ban covers all sermons undertaken in the FM Stations in the Municipality and includes recordings of sermons posted on FACEBOOK.

Sermons in the mosques on Fridays are permitted. Imams are, however, to do so with extreme Circumspection in order not to transfer the hate sermons from the FM stations into the mosques.

Meanwhile, the Overlord, the Yeri Naa and leaders of all the Islamic religious sects in the Municipality as well as the Security Services are engaged in the process of finding a permanent solution to this canker.

They ask for self-comportment and the support of all to enable them bring to finality, this disease in our religious space. 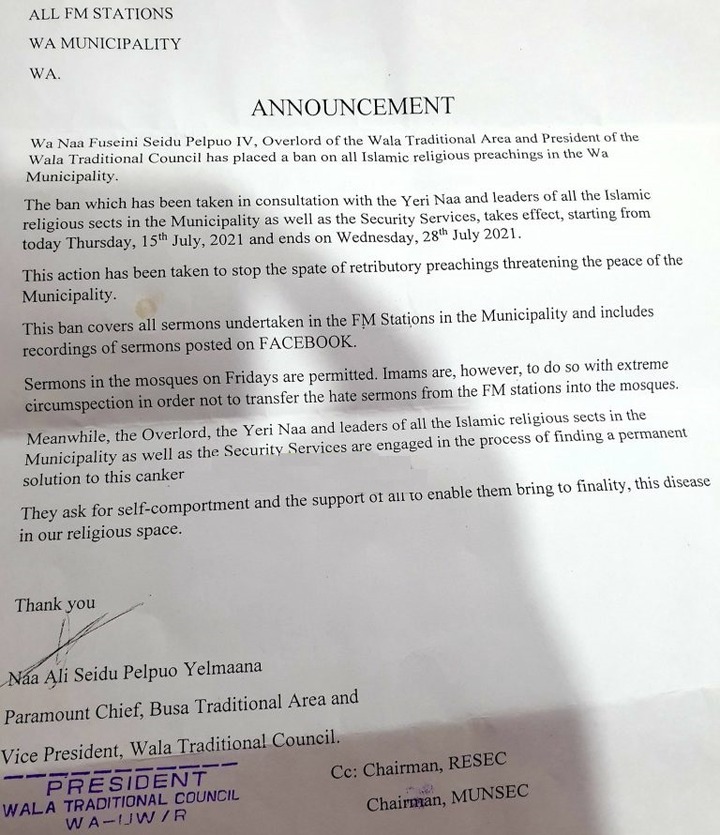