By TheRawTruth (self media writer) | 9 months ago

Comparison between the birth of Melchizedek and Jesus

Melchizedek was the king of Salem (known as Jerusalem) and the priest of the Highest God. Abraham met him in Canaan when he was returning from a victory over his enemies and gave him the tithe of all the spoilt from the war he fought. In the Bible, the book of Hebrew chap 5:6, chap 6:10-11, and chap 7:15-21 discussed a lot about him and even compared Christ's priesthood to be like his but gives no reference about who he really was. Many Christians think that Melchizedek is equal to Jesus, others think that he might be God and another group of Christians thinks that he was the reincarnation of Jesus. For those who are curious to know, the full detail on him is found in the book of 2Enoch.

The book of 2Enoch was once considered scriptural by many of the early Church fathers. Melchizedek's account occupies the last chapters of the book which we are going to talk about.

The content of the story relates to the family of Nir, the priest, who is represented within the book as "the second son of Lamech" and therefore the brother of Noah. Sothonim who was Nir's wife gave birth to a child "in her old age" just "on the day of her death". She conceived the kid, "being sterile from the very beginning" and "without having slept together with her husband".

The book tells us that Nir, the priest, had not touched her from the day the Lord appointed him to stand before the faces of the people. As a result, Sothonim went into hiding all the time of her pregnancy.

Finally, when his day of birth was near, Nir remembered his spouse and invited her to the temple. She arrived and he saw that she was heavily pregnant. Nir, filled with shame, wanted to require her far away from him, but she died at his feet.

Melchizedek was born from the dead corpse of Sothonim. When Nir and Noah were returned to bury Sothonim, they saw the kid sitting next to the body with “his clothes on him”. Consistent with the story, they were terrified because Melchizedek was fully developed physically. Melchizedek could speak together with his lips and he blessed the Name of the Lord. 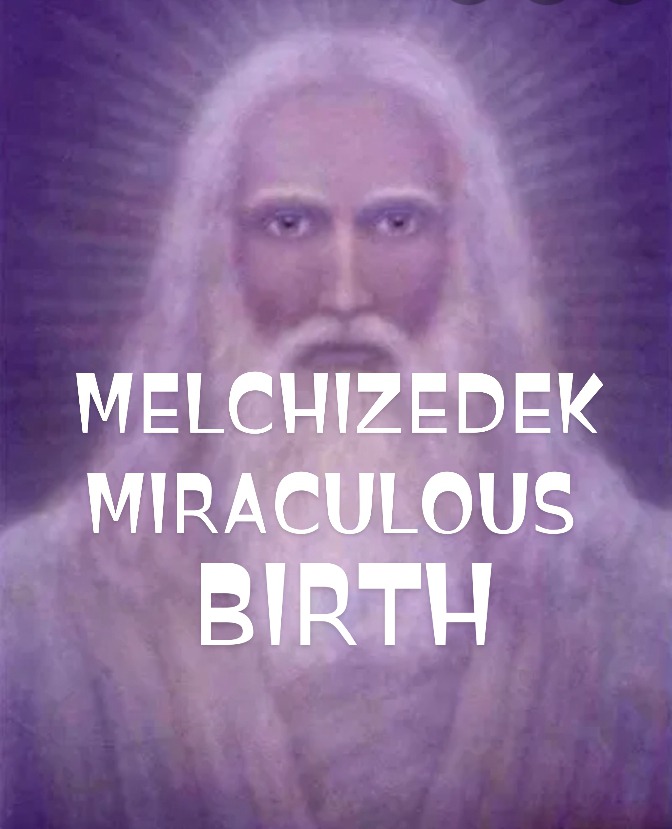 The child was marked with the sign of the priesthood. The story illustrates how “the seal of the priesthood” was on his breast which he was glorious in appearance. Nir and Noah clothed the kid within the vestments of the priesthood and gave him the holy bread. They decided to cover him, fearing that peoples would put him to death. Finally, the Lord ordered his Archangel Gabriel to require the kid and place him in "Paradise Eden" so that he could become the high priest after the flood.