By DCKWAMEKWAKYE (self media writer) | 3 months ago 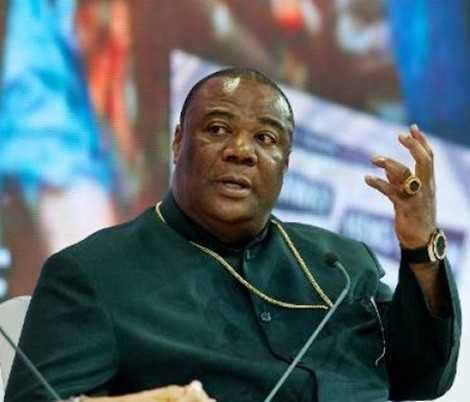 The Action Chapel International Ministries General Overseer and Presiding Archbishop, Nicholas Duncan-Williams has postulated that, those who use power, fame, money, influence, access and position as tools to settle personal scores and revenge are only setting themselves and their generation up for being forgotten both in history and in eternity.

The abuse of power and wealth to destroy others is what set in motion curses against one's bloodline to the extent of being wiped out completely from the face of the earth.

"I've never heard anyone name his son after Hitler and it was because of the evil that was done to a race, to a people, to a generation" by him.

According to the Archbishop, the evil that was done to the Jews by Hitler was always in him. He hated the Jewish people and never had the opportunity to show it, until he had power.

He continued that, what men and women do when they have power, when they have money, influence and access is always something that has been in them but unfortunately, "It is power and money that reveals and brings it forward".

The Archbishop took the opportunity to advise his congregants to be careful about the usage of power. Because of how others handled power when they had one.

He made these powerful revelations when he was preaching at his church monitored on his Facebook page "Archbishop Nicholas Duncan-Williams".

The Papa as he is affectionately called, took the opportunity to seek the face of God for his congregation that should they be in the position of "Power, the day when you have the ear of the king and influence and money and access and relevance, you would not settle scores with people".

He added, "You will not go witching hunting people. Trying to destroy innocent people. That you will not use power to kill and destroy people's fathers and mothers and loved ones".

But, rather beseeched them to use power to build as Nelson Mandela did. Quoting from Mr. Mandela when he was discharged after twenty-seven years of imprisonment, the Archbishop said "As I stand before the door to my freedom, I realise that, if I don't leave behind me, my bitterness and my unforgiveness, I would walk through this door to my freedom and still be in prison".