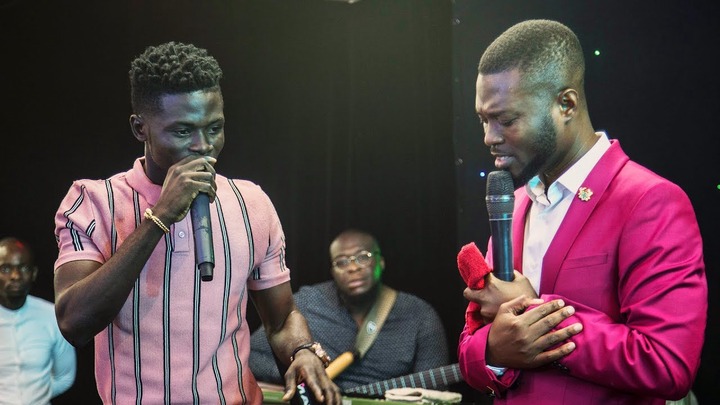 Senior Pastor of God's Solution Centre based in the UK and CEO of Abbeam Danso Group of Companies, has for the past two years, been hosting top secular artistes in Ghana in the program dubbed "Let’s Worship," where he brings them together to minister worship songs of worship and praise to God in his church, with some of the artistes who have honoured his invitation include so far include Ofori Amponsah, Eno Barony, KiDi, Wendy Shay, Kuami Eugene among others. 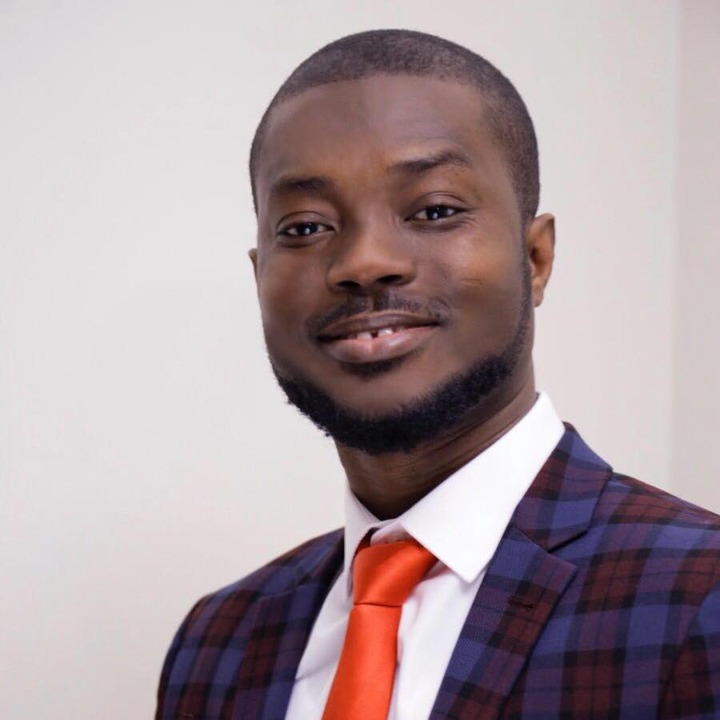 Abbeam Ampomah Danso's intent behind this project is that, according to him, "the kingdom of God or heaven is for secular artistes." as he said, “What we have to know is that most of these people were rejected by the church just because of the path they chose which was to do secular songs, but I want the world to know that these secular artistes are the people God wants in His house. Let us also not forget about what the Bible says on judging. The Bible says do not judge so that you will also not be judged and that is what I am doing,” he had said when he was interviewed.

“A doctor who attends to all kinds of people, irrespective of their religion, can still hold the position of an elder in a church but a secular artiste cannot and even when they do, they are seen in a particular way. Another reason I invite them to my church is that I want to remind them that there is someone who is supreme; God who sees above everything so no matter where they are, God loves them, no matter the genre of music they do, God loves them and they can sing about God as well. The likes of Paapa Yankson, Daddy Lumba at some point in their lives sang about God so they should not be afraid. I want to bring them closer to God.”

He has however come under several backlashes and his response is this simple, when he responded that “yes, I have, but I am not bothered and I say to the Glory of God that the applause are more. I have had instances where people give their lives to God just because they can identify with a secular artiste, someone we chased out from the house of God with our deeds who got the chance to perform in my church. I am a democratic person who believes in grace and faith.” 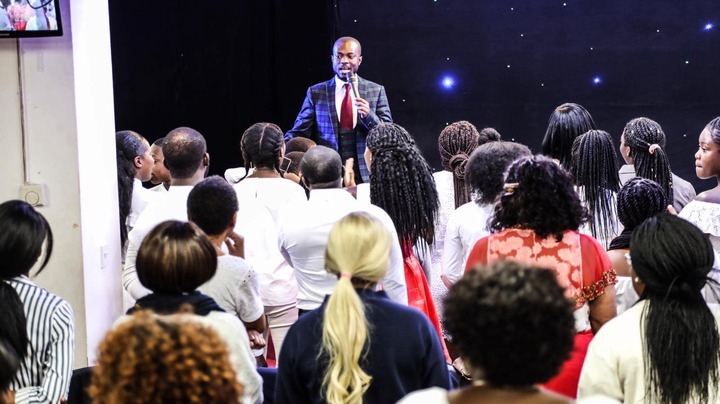 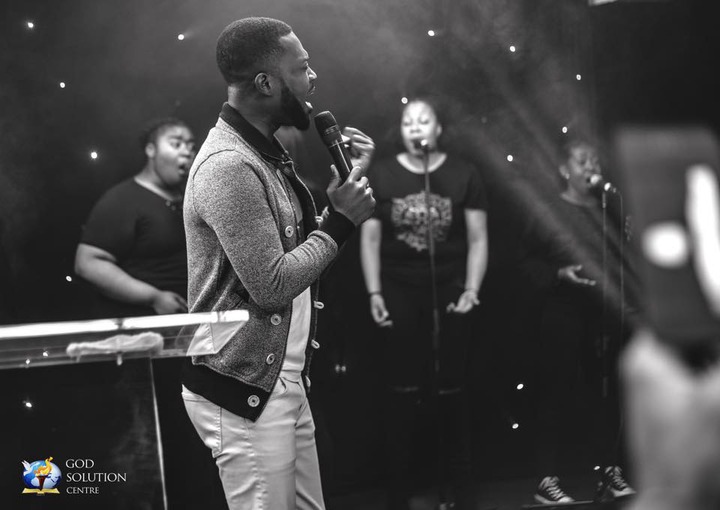 Rev Dr. Abbeam Danso who is also well noted as a great worshipper and singer, believes this project may well be a lead up to a massive end-time revival of worship geared at turning the youth towards Christ in the country but in an answer to how he felt when worship songs were being ministered by secular acts, amid tears, he said, “it’s an honour to serve God with them. It tells me that God is still in the miracle working business. It shows that these people have not forgotten who their Creator is and in effect, I am encouraged to do more.”

Interestingly, in February this year, he hosted Ghanaian Highlife musician, Ofori Amponsah, who after years of deserting the will of God as a pastor, made another one-eighty turn to continue from where he left off, as in a viral video that circulated on social media, Mr All 4 Real was seen prophesying and praying for some guests present at Let’s Worship programme organized by Rev. Dr Abbeam Ampomah Danso, founder of God’s Solution Centre [GSC] in Kasoa. 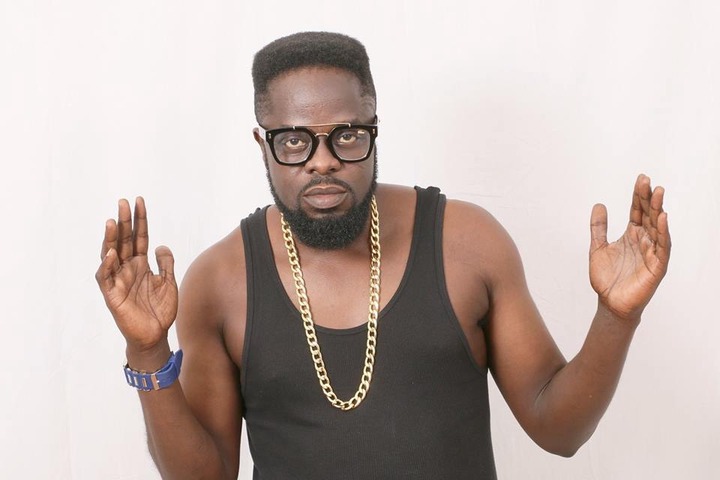 The three guests who Ofori Amponsah had prophesied to at the event confirmed all the prophesies were true, as seen here at https://www.youtube.com/watch?v=2lL0qEFMonE, as in one of the videos that went viral, Ofori is heard pleading with the congregants to pray for him for God to elevate him from the level he is to a higher level in his prophetic ministry.

The host, Rev. Abbeam Danso aside the ministry is also a serial entrepreneur and largely based in the United Kingdom, Rev. Dr. Abbeam Ampomah Danso, travels to Ghana from the UK, every three weeks. Debunking rumours that, he may be dissipating the church's coffers, he has revealed that unlike Ghana, pastoring a church in the United Kingdom is a totally different ball game, as legally acceptable systems are in place to prevent abuse of office and church's finances;

He therefore asserted that, people who have the perception that he has been living lavishing on the money from his church are only believing a lie. Speaking on the ‘Uncut’ show hosted by Zionfelix as seen here at https://www.youtube.com/watch?time_continue=811&v=bjwXfg48BjQ&feature=emb_title most recently, Rev. Danso stated that his ability to fly into the country on board an airplane every three weeks on either a first class ticket or business class ticket is made possible by the money he makes from his many businesses in the country and abroad with his entrepreneurial ventures in Real Estates, Academia, Health Care, Media & Entertainment, Oil and Gas and many others.

He is also known to be the owner and founder of a well resourced Abbeam Institute of Technology, Abbeam Real Estate, Abbeam Productions, Abbeam Health Center, Direct Access Ghana (DAG) and a few more as part of the businesses being managed judiciously under his Abbeam Group of Companies.

He further stressed that all these ventures are worth some millions of pounds and as such, he has no business using the funds generated in his church because already, the money is not even sufficient for the things they need to do in the church and as such, he usually adds money from his private coffers. 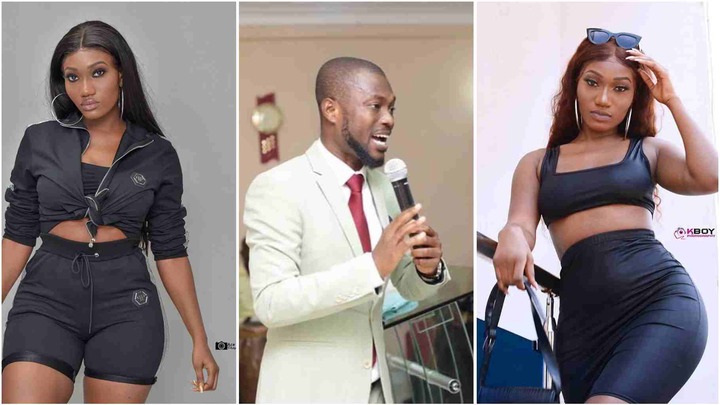 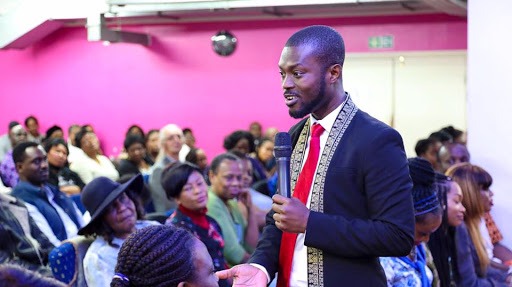