Abu Hurayrah Al-Dawsi Al-Zahrani often spelled Abu Hurairah (R.A.), was one of the companions (Sahabah) of Prophet Mohammad (S.A.W.) and the most prolific narrator of Hadith. He narrated more than 5000 hadiths (about 5374 hadiths). 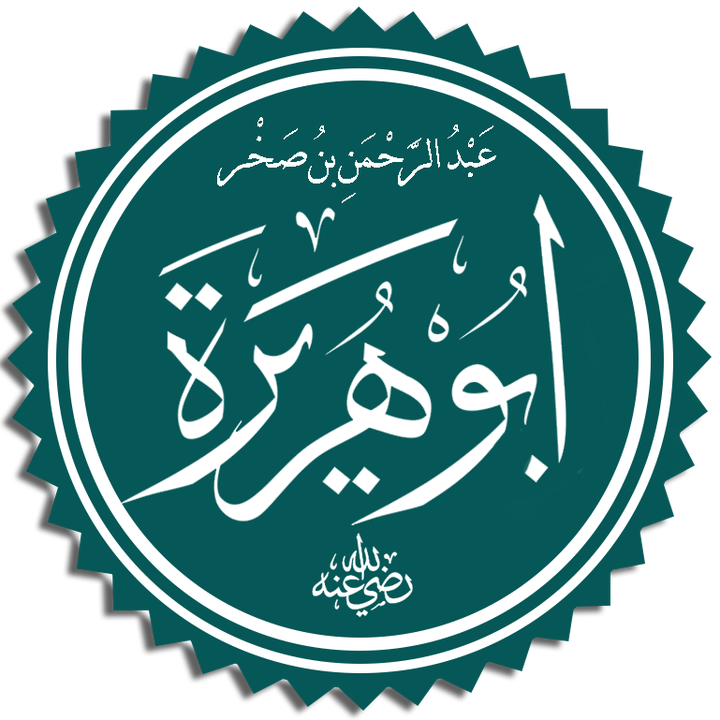 Abu Hurayrah (R.A.) was a simple man from Yemen but through his enormous efforts rose to one of the highest positions in Islamic history. He was known by the kunyah Abu Hurayrah "Father of a Kitten". Abu Hurayrah (R.A.) spent four years (some say two years) in the company of the Prophet Mohammad (S.A.W.) and went on expeditions and journeys with him.

Abu Hurayrah’s (R.A.) father died when he was young. According to some sources, his name at birth was Abdu-Shams.

Abu Hurayrah became a Muslim at the hands of At-Tufayl ibn Amr (R.A.), the chieftain of the Banu Daws tribe to which he belonged. The Banu Daws lived in the region of Tihamah which stretches along the coast of the Red Sea in southern Arabia. When At-Tufayl (R.A.) returned to his village after meeting the Prophet Mohammad (S.A.W.) and becoming a Muslim in the early years of his mission, Abu Hurayrah (R.A.) was one of the first to respond to his call. He was unlike the majority of the Banu Daws who remained stubborn in their old beliefs for a long time.

When At-Tufayl (R.A.) visited Makkah again, Abu Hurayrah (R.A.) accompanied him. There he had the honor and privilege of meeting the noble Prophet (S.A.W.) who asked him:

"What is your name?"

"Instead, let it be Abdur-Rahman - the Servant of the Beneficent Allah ," said the Prophet (S.A.W.).

However, he continued to be known as Abu Hurayrah "the father of a kitten" because like the Prophet (S.A.W.), he was fond of cats and since his childhood often had a cat to play with.

Abu Hurayrah (R.A.) stayed in Tihamah for several years and it was only at the beginning of the seventh year of the Hijrah that he arrived in Madinah with others of his tribe. The Prophet (S.A.W.) had gone on a campaign to Khaybar. Being destitute, Abu Hurayrah (R.A.) took up his place in the Masjid with other of the Ahl as- Suffah. He was single, without wife or child. With him however was his mother who was still a mushrik (non-believer). He longed, and prayed, for her to become a Muslim but she adamantly refused.

"I have not let up in inviting my mother to Islam but she has always rebuffed me. Today, I invited her again and I heard words from her which I do not like. Do make supplication to Allah Almighty to make the heart of Abu Hurayrah's mother incline to Islam."

"I went home and found the door closed. I heard the splashing of water and when I tried to enter my mother’s room, mother said: "Stay where you are, O Abu Hurayrah." And after putting on her clothes, she said, "Enter!" I entered and she said: "I testify that there is no god but Allah and I testify that Muhammad is His Servant and His Messenger."

"I returned to the Prophet (S.A.W.) weeping with joy just as an hour before I had gone weeping from sadness and said: "I have good news, O Messenger of Allah. God has responded to your prayer and guided the mother of Abu Hurayrah to Islam."

Abu Hurayrah Abu Hurayrah Al-Dawsi Al-Zahrani Banu Daws Mohammad R.A.
Opera News is a free to use platform and the views and opinions expressed herein are solely those of the author and do not represent, reflect or express the views of Opera News. Any/all written content and images displayed are provided by the blogger/author, appear herein as submitted by the blogger/author and are unedited by Opera News. Opera News does not consent to nor does it condone the posting of any content that violates the rights (including the copyrights) of any third party, nor content that may malign, inter alia, any religion, ethnic group, organization, gender, company, or individual. Opera News furthermore does not condone the use of our platform for the purposes encouraging/endorsing hate speech, violation of human rights and/or utterances of a defamatory nature. If the content contained herein violates any of your rights, including those of copyright, and/or violates any the above mentioned factors, you are requested to immediately notify us using via the following email address operanews-external(at)opera.com and/or report the article using the available reporting functionality built into our Platform