Reverend Isaac Owusu Bempah claims he was aware of many things that are manifesting today but decided to keep mute for a particular reason. Owusu Bempah who recently calls himself and is regarded as the nation’s only prophet is known for several miracle works and prophetic utterances. Owusu Bempah’s prophecies as he claims have never refused to manifest.

The current situation in the African continent and the tribulations of many African countries as stated today by Owusu Bempah are things he claims he had seen already but decided to be quiet about them for some reasons. Owusu Bempah speaking today revealed that he was tagged as a doom prophet or prophet of doom because he always spoke about things which were regarding death or otherwise. 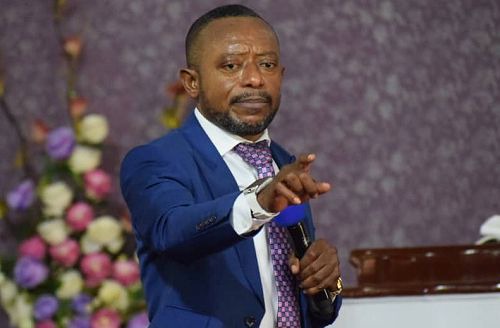 From Owusu Bempah, these were things he had seen in the spiritual realms but was only praying about in order to not scare people. Owusu Bempah revealed that there are several deaths and many other problems which he had knowledge about after his revelation but when God talks, no man can intervene and that’s something he has come to realize. Owusu Bempah said, For the many things happening, I knew it would happen but this is why I was quiet, as a man of God, you should be able to contain such things and keep them to yourself and that’s exactly what I did. For the many he claims he had seen, Owusu Bempah claims he is praying about them.