By Ghana_News (self media writer) | 14 days ago 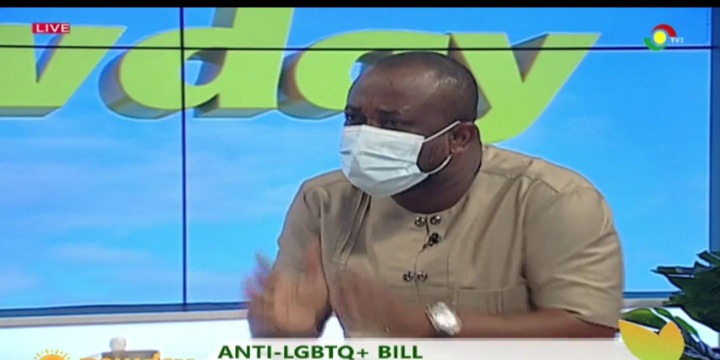 Ghanaians are in dilemma over the anti-LGBTQI bill presented to parliament by the Member of Parliament for Ningo Prampram constituency, Honourable Sam Nartey George. Ghanaians are anticipating the final outcome of the bill as parliament is set to have an intensive debate as to whether to criminalise or legalise the practices.

The bill has recieved the support of some popular religious leaders including the Chief Imam. Yesterday, the Speaker of Parliament, Rt Hon. Alban Bagbin clearly stated his position on the LGBTQI practices and caused massive stir online. Another camp of 18 Professors led by lawyer Akoto Ampaw has also mounted pressure and presented a memorandum to parliament, criticising the extremism of the bill.

Former Deputy Communications Minister for NPP and current CEO of National Youth Authority, Pius Henam Hadzide has done the unexpected as he sends a strong message to the leaders of the Church of Pentecost on the ANTI-LGBTQI bill before Parliament.

Speaking in an interview on TV3's New Day show hosted by Johnny Hughes, Pius Hadzide vindicated Akuffo-Addo on the pressure mounted on him to make his final statement on the matters concerning the LGBTQI. According to him, Akuffo-Addo remains resolute to endorse whatever choice Ghanaians make on the growing brouhaha.

Speaking further, he registered his disappointment over the memos presented by the religious leaders. According to him, though he is against the practices, but there is the need to debate the bill from a legal and intellectual perspective as claimed by Akoto Ampaw. He indicated that the memos submitted by the religious leaders appears to be autocratic and does not accept dissenting views from other Ghanaians.

He said, "If the people of Ghana say that they want something to be legalised, who are you as the President, a Minister or media to deny them. The President was very right to say that if the pressure comes then it is bound to happen in Ghana. He said that in context and I agree with him."

He added, "I have read the memo from the church of Pentecost. It seems they do not want to accept any other opinions from people. I do not support the practices, but it should be debated in Parliament."