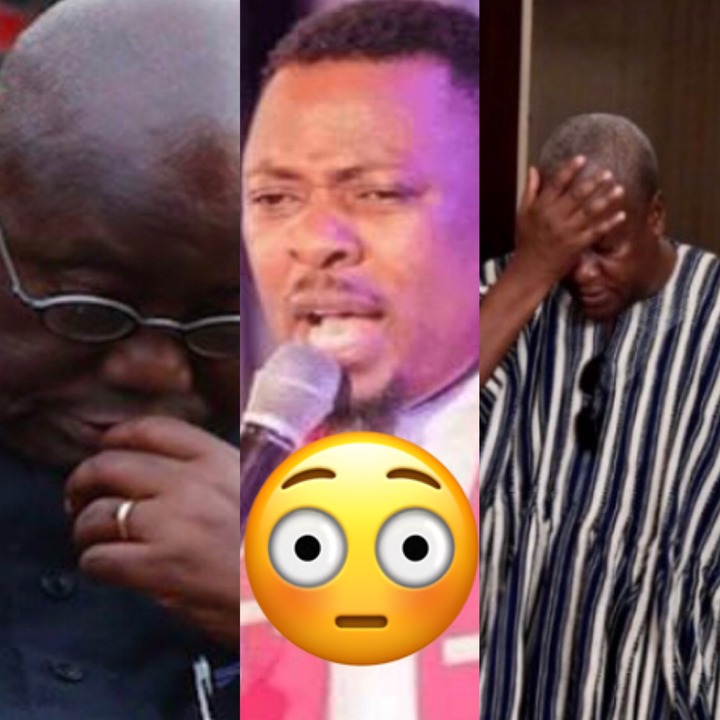 The recent circulating news that has raised massive stir, debates, and arguments across all social media platforms was when another Akufo Addo appointee was unexpectedly ‘exposed’ again for lying and attacking the renowned Prophet, Nigel Gaisie.

According to Prophet Nigel Gaisie, the current President whilst contesting in 2016 in other to overthrow the former President, John Mahama took the opportunity to seek his council aside taking it upon himself to embark on spiritual fasting and prayers which later aided the NPP’s victory in 2016.

Prophet Nigel Gaisie revealed that none of the members of the NPP especially Jeffreyson Sackey amongst others ever attacked nor lied about him when he was spiritually helping them win power in 2016 but the same party are doing the exact opposite since he [Prophet Nigel Gaisie] began to support and pray for the return of the former President, John Mahama cone 2024.

Below is a look at Prophet Nigel Gaisie’s recent post about how most NPP officials especially Jeffreyson Sackey amongst others continue to lie and attack him for supporting former President, John Mahama’s return considering the current economic crisis and hardship in the country. Do you think the former President, John Mahama can win the upcoming 2024 elections ad revealed by Prophet Nigel Gaisie considering how his previous prophecy about Mahama’s winning the 2020 elections failed even though most individuals claimed otherwise?

What are your thoughts after Prophet Nigel Gaisie finally popped closer to another top Akufo Addo appointee for attacking and saying lied about him over unexpected circumstances that have caused massive reactions online even though most individuals claimed otherwise?

Ladies And Men, You Will End Up In The Hospital If You Do These 2 Things During Sex.

Use Tomatoe, Ginger and Cassava To Treat BPE And Thank Me Later