Various religious bodies believe that there is going to be a day that this world that we are living in will come to an end. This believe is predominant among Christians. Gone were the days that this seem to be the most preached message in the Christian arena unlike today. In today’s Christendom, the most popularly preached message is on prosperity and the acquisition of material things.

This is due to the interest of many people today. All we want is to acquire material things rather than seeking the salvation of our souls according to Christianity. Seeking eternal salvation is becoming a thing of the past. This has prompted this little boy to begin preaching on the street in order to share what God has revealed to him through visions with the rest of the public.

In a video we saw on the internet, this young boy has taken up the mantle of preaching the gospel in order to reveal some of the topics that pastors should be preaching about but are no longer doing so. In this video this 9 years old boy is seen talking deeply about our time which is believed to be the end time.

The zeal and the certainty with which the boy was speaking was unbelievable. He seem to be very certain about what he is saying. He was talking like an adult. It didn’t look like it was something that someone has told him to say. According to him he doesn’t attend any church. He only go to church when he want to preach and for now he doesn’t preach in church so he doesn’t attend church. 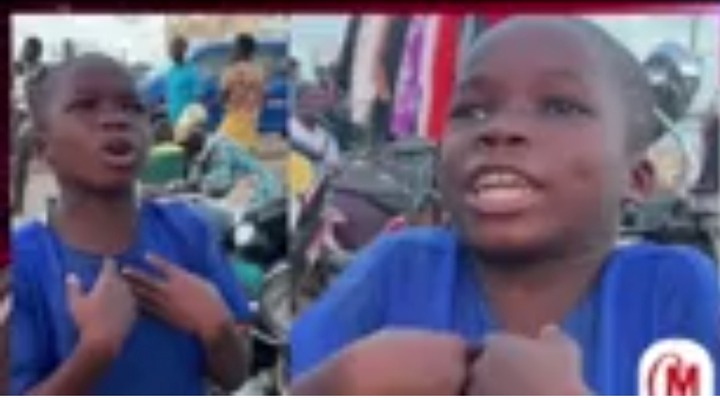 The 9 years old boy who revealed his name as Norbert said a time is come when people will be forced to take a ‘666’ mark and once they take it , they can buy anything without worries. Those who will not will not take the mark will be dealt with mercilessly. According to him right after that God will also come with his Judgement to destroy the world and that it is only the righteous that will survive. He said all these were revealed to him in a dream. According to him, he saw a man in his dream that was chasing him to go and preach. He then informed a pastor who taught him the meaning of the dream. He fasted and prayed for sometime before starting to preach. Norbert is lives in ashaiman in the greater Accra region. According to him he doesn’t go to school because his father doesn’t have money to take him to school. What do you think about what this boy said. Below is the link to video.