It Is Mandatory For Nana Addo To Fulfill His Cathedral Promise Without State Funds - Bishop Sarpong. 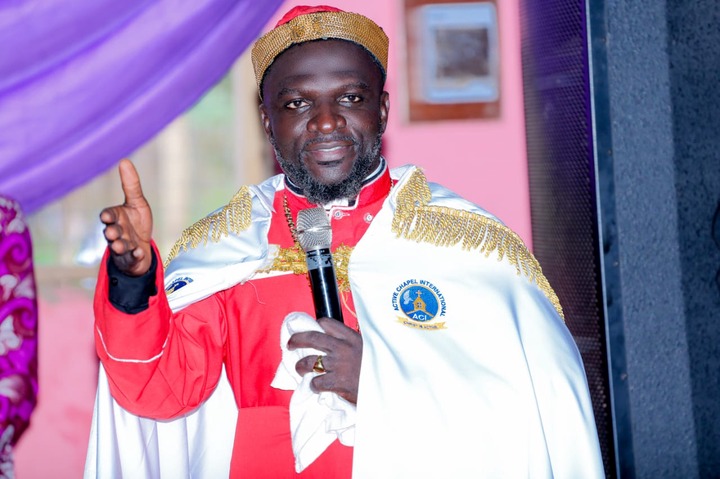 Following the divergent opinions been expressing by the public on whether it is right or not, for the President of the land Nana Akuffo Addo to have allegedly partially use state funds to build the National Cathedral Project, a well respected and noble Bishop of God, Dr Solomon Osei Sarpong Kumankumah has broken his silence over the issue.

Bishop Dr Sarpong who doubles as the Chairman of the Council of Bishops And Apostles Ghana (COBAG) in his submission, observed that President Akuffo Addo's National Cathedral promise he made to God that he would fulfilled it when God helps him (Nana Addo) to become the President of Ghana during his electioneering campaign was laudable.

This is because a nation which rejects God incurs His (God) wrath and moreover hardly receives His blessings and glory.

Bishop Sarpong Kumankumah told Opera News Content Writer King Amoah in an exclusive interview that promises made to God through a person's own vow must be treated seriously without conditions to enhance glorify God.

The clergy said there are different forms of promises a person can make to God and fulfill it in line with the manner the person made the promise.

He said what matters most in promises are that if one used his mouth to promise God, the same person should fulfill the promise without relying on either second or third party before he could accomplish his task to God.

Explaining a point on the issue of President Akuffo Addo's National Cathedral building promise to God, the man of God indicated that it is a mandatory task for Nana Akuffo Addo to fulfill his promise without putting his hands into the state coffers to complete the project.

According to the humble servant of God, when Nana Addo was making the said promise to seek God's favour, he took the challenge upon himself.

The President also never promised to use state funds to build the National Cathedral to glorify God, when God helps him to become the President of the Republic.

In an answer to a question Bishop Sarpong Kumankumah who is also founder and leader of the Active Chapel International reiterated that the President can accept donations from churches and friends to support the Cathedral project but not state funds.

He said leadership opportunities does not come just by a miracle but it is rather through Divine intervention that is why Presidents, religious leaders and Chiefs at the global level have to be circumspect and control their tongues when making public statements.

This is because their words have Divine and spiritual influence in the society.

‌The clergy believes strongly that His Excellency Nana Akuffo Addo can build the National Cathedral within a twinkle of an eye without financial hinderance and anticipates that Nana would speed up measures to complete and commission the project in time to avoid any form of criticism.

The man of God hinted that President Akuffo Addo is not the only first leader he has made a promise to God.

In his bid to set the records straight, the Bishop cited King David in the Bible who tasked his son King Solomon to build a temple of God of which the King accomplished it.

This was when God rejected King David's temple promise and got him(King David) informed that it would be his son who would come to fulfill his (King David) temple project for God.

That was not all,

Bishop Sarpong also referred readers to the Book of Genesis Chapter 28:20-22 about how Jocab fulfilled his promise to God.

The Genesis accounts reads: "And Jocab vowed a vow, saying, if God will be with me, and keep me in this way that I go, and will give me bread to eat, and raiment to put on, so that I come again to my father's house in peace, and Jehovah will be my God, then this stone which l have set up for a pillar, shall be God's house. And of all that thou shall give me l will surely give the tenth unto thee"

The man of God also stated how promises are fulfilled by a persons who solely makes a promises in the Book of Judges 11:36 which also reads: " And she said unto him, my father thou haste opened thy mouth unto Jehovah; do unto me according to that which hath proceeded out of thy mouth, forasmuch as Jehovah hath taken vengeance for thee on thine enemies, even on the children of Ammon".

The man of God noted that since the Bible makes it clear that it is a person who makes a promise is the same person who fulfills his promise to God, he humbly suggests to Nana Akuffo Addo to avoid using state funds to fund the Cathedral project if the alleged numerous allegations levelled against him on the project are true.