“If you hear anything regarding my office, don't be in a haste to spread it " Chief Imam to media

By FelAko's-Inn (self media writer) | 2 years ago

The national chief Imam, Sheikh Usman Nuhu Sharubutu hardly voice out even on pertinent issues. But he has recently come out to clear the air about some speculations going around about him. 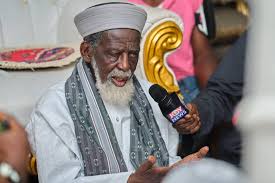 He called a brief press conference to use the medium to warn those who use his office as a way of gaining fame in their own interest.

His attention was drawn to a tredning claims that he owns a certain piece of land. And to him, that said piece of land is the bone of contention in a land dispute.

The respectable muslim whiles talking to the media lamented that the rate at which people take advantage of him and drag him into matters without his knowledge is becoming too much than he could bear.

He stated emphatically that, his office was not set up to dupe people or use for any ungodly acts instead, It was built on the good doctrine of Islam and its service to human kind. Thus he I doesn't want any bad tag attached to his name. 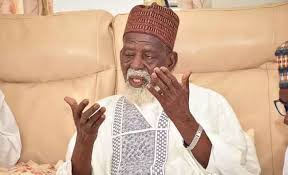 He said this whiles given a warning to some people whom he think has been involving him into maters he knows nothing about to desist from such.

According to Sheikh Sharubutu the rumour of him intending to build a mosque and a school on this said piece of land at Ablekuma in Accra is not true.

"I know nothing about that piece of land. It is not mine.” he said

Ending his brief submission, He cautioned the media not to spread information of that sort about him too fast. Rather, they should try to get closer to him for the truth before they disseminate to the public.

Content created and supplied by: FelAko's-Inn (via Opera News )