By ProsperAgbenyega (self media writer) | 1 month ago 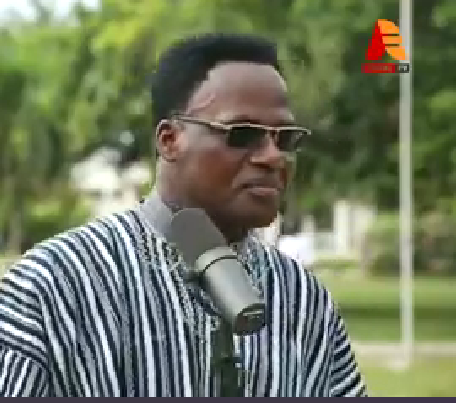 Apostle Francis Amoako Attah, Founder and Leader of Parliament Chapel International (PCI), has given much insight into the observation of Dr. Kwame Nkrumah’s death.

According to him, the Number 112 is spiritual number which stands for “Independence, sufficiency and focus” and that it is an Angel number for independence.

Apostle Francis Amoako Attah was delivering a message today, September 21, 2021, at the Kwame Nkrumah Mausoleum where he averred that the Spiritual Independence for Ghana and that of any individual is tied to the death of Dr. Kwame Nkrumah.

Giving more explanation to his submissions, Apostle Francis Amoako Attah spoke about the death of Joseph’s at which his bones were kept when they move from where they were to where God promised to take them to.

“Joseph’s bones were kept because he was the Head of their Civilization,” he said.

According to Apostle Francis Amoako Attah who is also called The SEER, Joseph’s bones where revered by the people which signified that although he was dead, he still lives because of what he had achieved for his people.

He mentioned that at 112, the people of Ghana need to reload Dr. Kwame Nkrumah so as to tap into the spiritual independence that the year brings.

Apostle Francis Amoako Attah however bemoaned the current state of the Convention Peoples Party (CPP) which was founded by Dr. Kwame Nkrumah.

According to him, the CPP has to go back and examine themselves, and come back to the Nkrumah’s bones since CPP currently has no spiritual structure.

He urged leadership of the CPP to go for the spiritual head and not the physical head which was long cut off.

He said the leaders of CPP should have visited the bones of Nkrumah and subpoena the God which brought Nkrumah.

He said as far as the status quo remains, Nkrumah’s ideas, ideologies and plans can never materialized.

He said, Dr. Kwame Nkrumah being the Head for this great Country and Party, died with Prostate cancer which spiritually signified that his progenital and means of provision have been ceased.

According to him, if God will do something for you He deals with your seed not for you personally, and that for Dr. Kwame Knrumah to have died from prostate cancer means there is “no future for provision, no future for increase.”

“That is the bane of CPP now.”

He however commended Bernard Mornarh for taking it upon himself to always come and pray at where Dr. Kwame Nkrumah is buried.

According to him, what Bernard Mornarh did is very spiritual, and that if Israel can stay with Joseph’s bones for so many years and got delivered so shall anybody who will take and light the Nkrumah vision up and focus on it will see great impact.

He also urged all to give himself or herself up to be coached and be taught about what the generation demands; because life is spiritual and one must live it from the spiritual view.

“At 64 Ghana is still struggling when Nkrumah is 112, it is time somebody like Moses will stand up and face Pharaoh and tell him LET MY PEOPLE GO,” he said.

He later prayed for Ghana, the President and the whole of Ghana.