I Will Tell Everybody The Secret You Told Me: Kennedy Agyapong ‘Dismantles’ Rev. Obofour

By BeaNana (self media writer) | 7 months ago 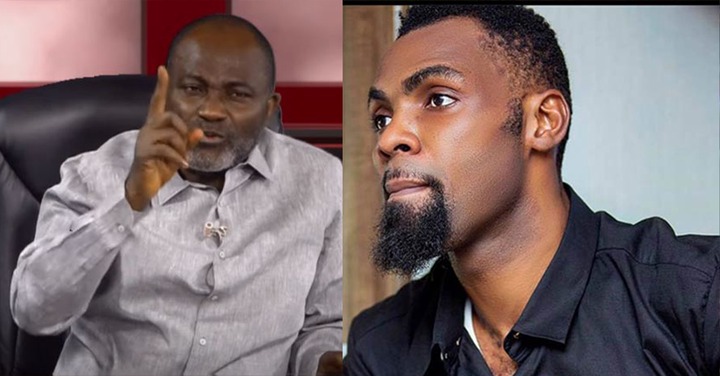 The representative for the people of Assin Central in Ghana’s Parliament, Mr. Kennedy Ohene Agyapong has descended heavily on Reverend Obofour.

According to Mr. Kennedy Agyapong, Reverend Obofour has discussed a secret with him and he will not hesitate to tell everybody.

Mr. Kennedy Agyapong was speaking in an interaction on NET 2 Television’s the Seat Show. He was unhappy about a video that was released on television about Reverend Obofour.

In that video, the leader and founder of the Anointed Palace Chapel (APC) had paraded some persons in his church with allegations that they are witches.

Reverend Obofour could be heard asking them one after the other if they were witches and they responded in the positive.

After watching the video, a disappointed Mr. Kennedy Agyapong dismantled Rev. Obofuor and condemned the act.

According to him, he never had an idea that Rev. Obofour was also into such acts. He added there is a secret Rev. Obofur shared with him and it will come out.

“I never knew this is how Reverend Obofour organizes his church. Obofour has to be careful. If not, I will blow out whatever secret you told me. This is because you cannot continue deceiving vulnerable people and amassing wealth from the ignorant. God will not bless Reverend Obofour but I blame those who follow you”. Mr. Kennedy Agyapong noted.

The outspoken legislature added that what is happening in the church today is a clear indication that the end time is near.

He says the Bible has already warned Christians to be careful about false prophets in the end time. He advised Christians to change their ways and embrace the goodness of the Lord.

“We are not against the church but we are against the false prophets. The bible says that in the end, people will claim they are Christ and that is what we are experiencing today. False prophets have taken over the church and are doing all sorts of things against Christians. It tells us clearly that we are in the end time. So those who need to change must change. Those who have ears must listen”. Mr. Kennedy Agyapong added.