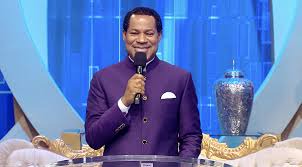 Pastor Chris Oyakhilome, the founder and leader of the LoveWorld Incorporated which is commonly known as Christ Embassy has made some revelations regarding the God of money.

Mammon according to Dr. Oyakhilome, is the Syrian God of money that the people in Syria knew about. He added, "The world's financial system started in Syria" and Mammon the 'God' of money has been behind the financial system of old till now.

He noted that, it was believed in the ancient times that it was the god of money which was in charge of financial prosperity and that is what is referred to as Mammon.

In explaining further, Pastor Chris quoted Mathew 6:24 “No one can serve two masters. Either you will hate the one and love the other, or you will be devoted to the one and despise the other. You cannot serve both God and mammon".

Expatiating on the above, he said Christians cannot serve God and Mammon. "That is the spirit behind money. The god of money".

In addition, he said what the scripture implies is that "Are you going to hold on to God or you are going to function under the principles of the Mammon as financial preposition" he quizzed.

Further, he asked again that with the knowledge of the world's financial system, which of them are his church members going to yield to? "That is what you need to find out" he stated.

He continued that, all his flock must begin to ask themselves which financial system are they subjecting their personal finances to? In addition "Who's behind the financial system you're running for your life as well as for the church" he quizzed again.

Referencing from the Holy Book again, he quoted from Mathew 22:17-22 "Tell us therefore, what thinkest thou? Is it lawful to give tribute unto Caesar, or not? But Jesus perceived their wickedness, and said, Why tempt ye me, ye hypocrites?

Show me the tribute money. And they brought unto him a penny. And he saith unto them, Whose is this image and superscript coin? They say unto him, Caesar's. Then saith he unto them, Render therefore unto Caesar the things which are Caesar's; and unto God the things that are God's".

The LoveWorld Incorporated founder expounded that when the situation of taxation arose and the coin was brought to Master Jesus, he said, give to Caesar what is Caesar's and to God what is for God.

Pastor Chris Oyakhilome was delivering a sermon in Canada on the title "Financial Prudence" which was monitored on a Facebook channel called "Affirmation train".

Expounding further he remarked that, the monies that are used in Canada for example are produced by the state. He added these provision by the government allows citizens to function as normal humans.

In addition, Dr. Oyakhilome said if there is anyone who is wondering why they should pay taxes, "It is a system set up by the government for the benefit of all those who would have financial transactions in Canada", so the government is only asking you for a piece of the money you have to compensate for all the services the state provides.

Concluding the sermon, the Christ Embassy founder and leader said, the remark Jesus made by saying give to Caesar what belongs Caesar and to God, what belongs to him should not be misconstrued to mean anything bad. "He was only being real".

According to him, even though Jesus was against taxing the citizens, he still paid his tax. Sometimes it is not about being right but, oblige by the rules set by the state in order not to offend anyone.

Spiritual Benefits Of Praying At Midnight