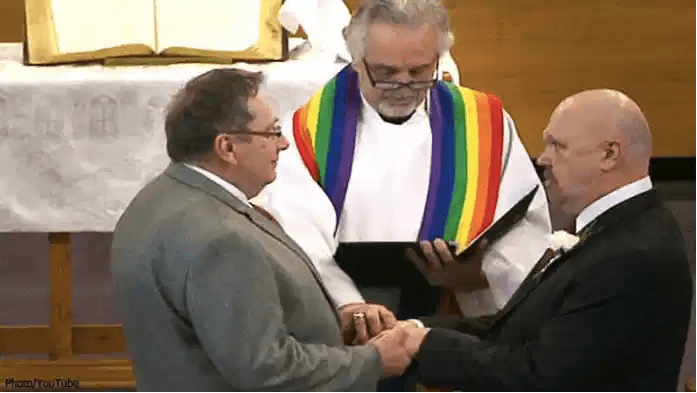 The Methodist Church has become the widest religious entity in Britain to allow same-sex marriages.

A vote was casted to change the institution at a conference held by the Methodist Church and surprisingly, the score were 254 against 46.

Majority which happens to fall among the 254 voted in favour of accepting same-sex marriage and the few (46) voted against, but as it always stands, majority carries the vote.

But for the sake of Freedom of conscience, it was passed on that, the reverend ministers will not be forced to conduct such weddings if they are not in favour or do not support it.

Marrying someone of the same-sex is not allowed in the Church of England as well as the Roman Catholic Church.

But however, it is embraced in Scottish Episcopal Churches and the United Reformed Churches

The Methodist Church happens to be Britain’s fourth and largest Christian denomination with members of about 164,000, with more than 4,000 churches.

The Church officials declared that, hopefully the first same-sex weddings to be held in the Methodist chapels will take place in the autumn.

Reverend, Samuel McBratney, the chair of the Dignity and Worth campaign group, said that, "it was a momentous step on the road to justice, after many years of painful conversations. Some of us started praying for this day to come for decades, and we can hardly believe it is finally here, We are so grateful to our fellow Methodists for taking this courageous step to recognise and affirm the value and worth of LGBTQ relationships.

We are reassuring those who do not support this move that we want to continue to work and worship with you in the Church we all love.”

However in a debate, former vice president of the Methodist Conference, Carolyn Lawrence warned that, there is majority of Methodists who are planning to let down membership as a result of the vote that was casted in favour of same-sex marriage.

Those who see it as good news have shared thier views: 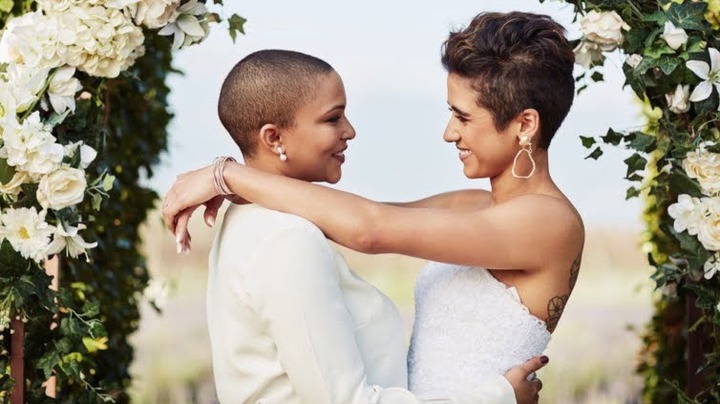 “Today is a line in the sand for many people and seen as a significant departure from our doctrine and we feel accepted".

Another same-sex couple who happens to be waiting for this opportunity for a long time also shared thier view.

Ben Riley and Jason McMahon have been together for a long, but have withheld thier wedding until they could have a church wedding.

In an interview, Ben said "Today’s decision means so much to us and we now hope to get married in our local Methodist church in Preston"

"This is a very emotional day, to be told by the Church that you are worthy, that we accept you, and that you can be married in the eyes of God in the church you call home with friends and family, it means a great deal.

It has really helped me feel truly at home within a Church that is able to embrace anybody.”