Innate disposition and the appearance of the great reformer

The universal anticipation of all religions is for the world reformer. In almost all the religions of the world one can find this phenomenon. The belief that a savior will come to alleviate man's deep-seated worries and griefs does not belong only to Muslims. Indeed , records abd documents illustrate the fact that this idea has been in existence since antiquity among all religions and nations both in the east and the west and since Islam is a more complete religion, it places more emphasis on this issue. 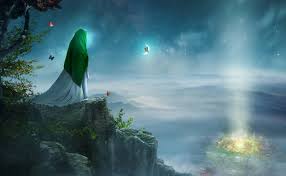 Inner inspiration, whose reflections sre at times greater than our natural wisdom, are our guides not only in the issues of knowing God but also in all religious thinking. General love for universal justice is one of the signs of such inspiration. This is because all people of the world, despite their differences, all seeks for justice and peace. We all work for peace, justice and endeavour to implement them. There is no better reason than this for the innate orientation to this Great Reformer's appearance. This is with the reason that the general nature of wants and desires in general lead us to believe that those wants and desires are natural and innate. Any genuine and innate love leads us to believe that there is an outside attraction for it. Hoe could God create such a thirst for love inside our brains and souls without there being a source that natures it in the outside world? That's why we claim that man's innate desire for justice proclaims that one day everywhere in the world there will be peace and justice and the very bases of cruelty and injustice will be extinguished, and humanity will live peacefully as a unified nation under one single banner.

In one of the books of the Zoroastrians, titled “The Zand” after mentioning the permanent struggle between God and Satan, it is written: “Then the great victory will be for those who believe in God and those who believe in Satan will be defeated. The world will achieve genuine prosperity and man will settle on the throne of magnanimity.” In the Zoroastrian book titled “Jamasb Nameh,” it stated “A man will rise from the land of the Arabs with a large head, a large body, and large legs, of the religion of his ancestors, with large armies and will spread justice over the earth.” Again, in one of the Hindus books titled “Vashn Jok” it stated “Finally the world will return to someone who is in love with God and is one of his special servants.” 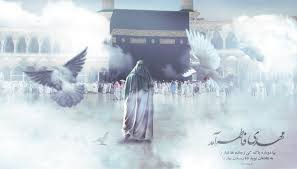 In another book of the Hindus titled “Bask” it stated “At the end of the world, there will be a just king who will be the leader of all angels snd men alike; he will be right and will acquire whatever is hidden in the earth or in the seas. He will be aware of what goes on both in the heavens and on the earth. There will never be anyone greater than him.” In the Psalms of David, which is one of the books of the Old Testament, it was stated that “The wicked shall vanish, but those relying on God shall inherit the earth.” furthermore it stated “The honest ones and well-wishers shall inherit the earth and shall live therein for ever.” Similar statements, too, are recorded in the other books of the Old Testament. In the Gospel of Matthew chapter 24, it stated; “As the sun rises in the east and sets in the west, so it is with the son of man..” 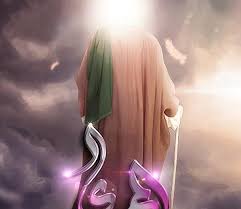 And in the 12 chapter of the book of Luke, it stated; “Be well prepared and ready, keep your lights burning; act like those who are awaiting the arrival of their master, and who will open the doors as soon as he bangs on the door.” In the book titled “The signs of His appearance” it stated; “The belief in the arrival of a great reformer can be seen in ancient books of the Chinese, the Indians, Scandinavians, the ancient Egyptians, the natives of Mexico and the like.”