The works of multiple scholars, from Plato to Manly P. Hall and further down the line, suggest it is essentially the use of rituals and techniques to invoke and control “spirits” or lifeforms that could be existing within other dimensions or worlds. For example, according to Hall, “a magician, enveloped in sanctified vestments and carrying a wand inscribed with hieroglyphic figures, could by the power vested in certain words and symbols control the invisible inhabitants of the elements and of the astral world. While the elaborate ceremonial magic of antiquity was not necessarily evil, there arose from its perversion several false schools of sorcery, or black magic.” 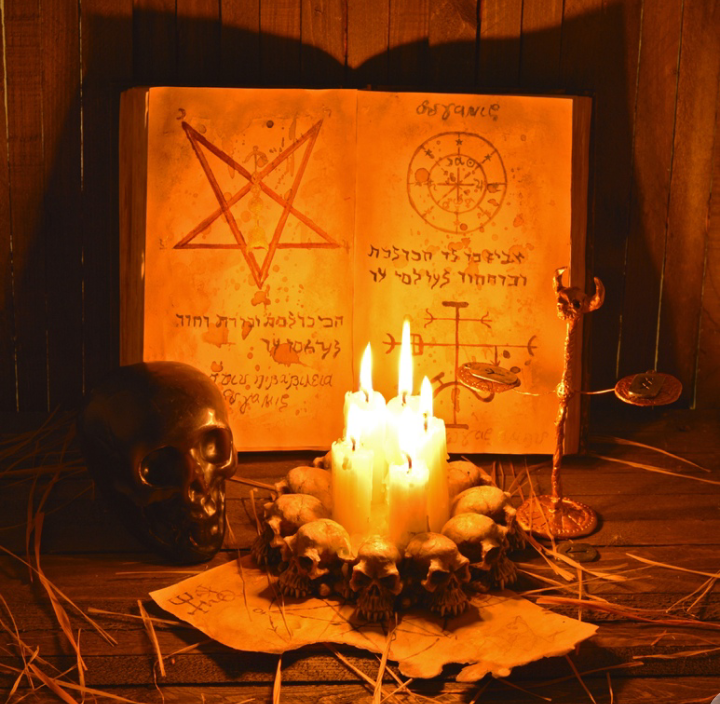 “By means of the secret processes of ceremonial magic it is possible to contact these invisible creatures and gain their help in some human undertaking. Good spirits willingly lend their assistance to any worthy enterprise, but evil spirits serve only those who live to pervert and destroy. . . . The most dangerous form of black magic is the scientific perversion of occult power for the gratification of personal desire.”

In his book, The Secret Teachings of All Ages, he goes on to describe how the elites in ancient Egypt, all the way up to the present day, have used these concepts in conjunction with their desire to completely control our world. Today, it starts with the government, up through the corporations and further along up the pyramid into our major financial institutions, into the Vatican and beyond.

Religion is interesting, to say the least. On one hand, you have multiple religions preaching the same message at their core, and, on the other hand, it’s not uncommon to come across several contradictions between them all. Don’t forget about different interpretations of the same religion, which has created ‘mini-religion’ spin-offs which take these different interpretations into account. Obviously, multiple religions and their own interpretation of reality resonate with millions of people, and that’s because they preach a message of peace, love, non-violence and good-will.

It’s hard to understand how conflict (like war) can arise with religion being the catalyst, especially if most preach a message of peace and love. This means that all those who claim to fight in the name of religion, must have a twisted understanding of the religion they claim, or, something else is going on… It’s completely hypocritical.

A great modern day example would be the “Islamic State.” Today, it’s not a perspective that’s commonly expressed by mainstream media, but despite that, multiple professors, politicians and more have emphasized that the Islamic Sate, the group the United States and their allies claim to be fighting against, is actually a creation of the United States (and their allies) themselves.

Our world has and is encountering so many problems, and for decades, our current system and forms of leadership have failed to act. There are so many instances where one is able to see that these people are really not concerned with making the world a better place.

It seems many are disguising themselves as bringers of good-will, doing “good” in the public eye, only to be engaging in “evil” behind closed doors.

Exposing this type of activity within powerful organizations that have tremendous ability to influence our world, be it the vatican, global politics, Hollywood, medicine, or finance, is all part of one big revelation and a process of transparency our world is currently going through.