By Opicnews (self media writer) | 3 months ago

Right from time, we should all have been aware that both Islam and Christianity teaches us that God has some people He sent to the world. They made us understand that these people are Prophets, also human like us, but they came with a message to preach to the world His message and to deliver it to them. Even from the first man, Adam, His message has started to be delivered through these chosen people. They taught the oneness and monotheism of their God. Some came with books, while others only delivered the words with their speech. In summary, they a submitted to the commandment of God, and they relayed the message to human the best way they can.

These prophets we are talking about include:

1• Adam » Adam according to history was the first man to be created by God. He is the father of all human race abd as well regarded as being the first Muslim. According to what's in the Bible, it was written that Adam and his wife Eve (Hawau) were cast out of the Garden of Eden because they ate the fruit of a certain tree, mostly called the forbidden fruit

2• Idris (Enoch) » He was the third Prophet after Adam PBUH and his son, Seth PBUH popularly identified as Enoch according to the Bible. He was so devoted in reading ancient books of his ancestors. He was brought up in a Godly way.

He was said to be sent to be among unbelievers to preach the word to them. He preached for so many years, and only a few listened. He warned his people of the coming destruction but still he wasn't listened to, even by his wife. He them built an ark as commanded, and those who believed (both human and animals) in him were saved.

4• Hud (Heber) »He preached monotheism to his people for so many years. Few listened and others didn't. Then destruction came until them, and those that ignored his warning were destroyed by a sandstorm.

5• Saleh (Methuselah) » He was the oldest man according to the scripture. He was the one sent after Hud to the Thamud. The people of Thamud demanded a miracle of a camel coming out of the rock. He begged his God and the miracle was done. After so many years, the people of Thamud plotted against the camel and killed it. They were all destroyed by an earthquake.

Ibrahim is also called Abraham. He is known for being a close friend if God. He fought idolatry. He is known to be a grandfather to other Prophets. He was thrown in fire and still came out unharmed.

He was the son of Ibrahim. He was a role model to all other children. He was very obedient and ready to obey God's command, whether in his favour, or not.

He is also Abraham's son both in the Qur'an and in the Bible. He was Ishmael's brother and he was also a Prophet.

Lut was also one of the descendant of Ibrahim. He was sent to the people of Canaan to the doomed cities of Sodom and Gomorrah.

He was also a descendant of Ibrahim. He was the father of the 12 Tribes of Israel. He gave birth to Yusuf (Joseph).

Yusuf was the eleventh son of Yaqub. He was also the most beloved of his sons. He was thrown into a well by his brothers as they were jealous of him. He was very handsome.

He was called Jethro according to the Bible. He was a prophet sent to the Midianite community who used to worship a sacred tree. They were disturbed when they refused to listen to Shuaib.

13• Ayyub (Job) » He was said to have suffered a great illness. He was tested so much by God, even by his wife but he still didn't stop putting his faith in God and he later got double of what he lost.

14• Musa (Moses) » He was sent to the Egyptians. He battled so much with the people of Pharaoh. He was tried and he was almost killed. He departed the red Sea with his stick and was given the revelation of the Taorah (called Tawrat in Arabic).

He was Musa's brother. He stayed with their kinsmen in the Land of Goshen, and was the first high priest to the Israelites.

Dhul-Kifl, Ezekiel was a prophet who lived in Iraq. He is sometimes said to be associated with Joshua, Obadiah, or Isaiah rather than Ezekiel.

17• Dawud (David) » He was the king of Israel. He was said to have received the divine revelation of the Psalms. He defeated Goliath with a piece of small stone.

Sulaiman was the son of Dawud. He riled both human and jinns. He was the richest of prophets. He is considered to be the greatest of all world rulers. He is attributed to great wisdom.

19• Ilyas (Elias or Elijah) » Ilyas lived in the northern kingdom of Israel. He defended God as the true religion against the worshippers of Baal. The God of elijah was said to have sent down fire.

20• Al-Yasa (Elisha) » During the time of Elisha, he took over from Elijah and he blessed double portion of anointing. Though the stories in the Bible seems not to be repeated in the Quran.

21• Yunus (Jonah) » Jonah was swallowed by a big fish and when he repented and glorified God, he was let go by the fish.

Zakariyya was said to be the father of John the Baptist. He was the guardian of the mother of Jesus (Mary), and he was a righteous priest who lost his life for his faith.

John or Yahya was a witness to the word of God. He used to herald the arrival of Jesus.

Isa is considered to be a messenger of truth in the Qur'an. He preached the straight path and he is one of the mightiest messengers of God. He was born pure and miraculously without the intervention of a male by the virgin Mary. He is loved and respected by the Muslims. 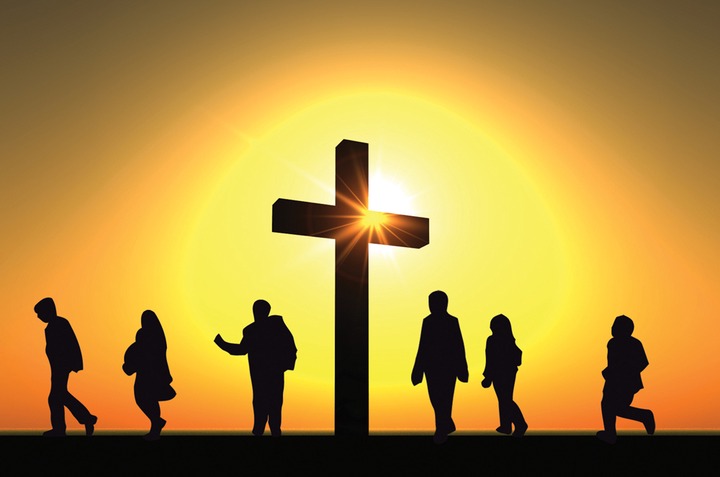