The Minority in Parliament has documented a movement for a test into state support and put resources into developing the National Cathedral.

Positioning Member on Foreign Affairs Committee in Parliament, Samuel Okudzeto Ablakwa, revealed this to Joy News on Thursday in a meeting on Upfront.

The North Tongu MP accepts that the test is important because of what he depicts as the "torrential slide of rotting decays and illicit acts" executed by the public authority in developing the public church building.

"I can affirm tonight that we are recording a movement. Recollect that prior; we had recorded three critical inquiries… we concluded that we will have a full-scale parliamentary test thus we have documented that movement presently sitting tight for the decision of the Honorable Speaker," he said.

As per him, President Akufo-Addo should come out freely and apologize to Ghanaians, the pastorate, and the Christian people group for the different debates encompassing the task if he for sure considers it a 'need of needs.

"He [President Akufo-Addo] should now emerge from stowing away and address the country, confess to every one of the mistakes, apologize to the country and this large number of prominent clerics and the Christian people group he has deluded.

"Furthermore, he ought to begin doing whatever it may take, stroll back and be honest and earnest and put out the genuine targets that he plans the Ghanaian public ought to pay for this venture," he added.

In the meantime, the prompt past leader of Full Gospel Church International has requested that the administration set up an autonomous Inter Council Committee of priests to test debates encompassing the National Cathedral Project.

This, Bishop Samuel Mensah said, is important to take into consideration straightforwardness and responsibility in regards to the task, especially when the public authority has called for gifts of assets to fund the venture.

"It isn't excessively clear… it would presumably be useful assuming we ought to frame Inter gathering board of trustees to explore this basically for reasons for trustworthiness and to keep confidence with individuals so we can have an autonomous examination on this entire adventure.

"Figure out how much cash has been delivered, where the cash has gone to, what is the mindset of going on so that we can pass that data on to the general population and let the public be taught and all around informed on this… I think we as a whole have the right to realize what is happening," he told Raymond Acquah on Upfront on Thursday.

At present, work at the building site of the National Cathedral has slowed down.

Chief Director of the National Cathedral of Ghana, Dr. Paul Opoku-Mensah, made sense that the norm can be ascribed to "the ideas of the gathering pledges".

In a proclamation given on Friday, June 17, he guaranteed that development would before long restart.

JoyNews checks at the task site on Monday, June 13, showed that work on the venture has allegedly slowed down for beyond 90 days.t 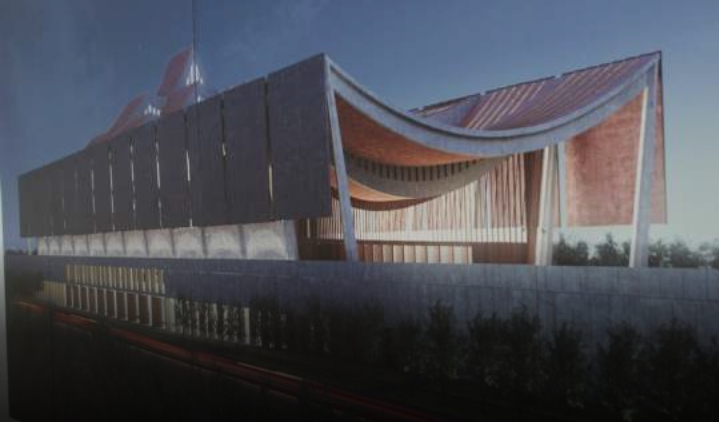