By Ccobbina (self media writer) | 13 days ago 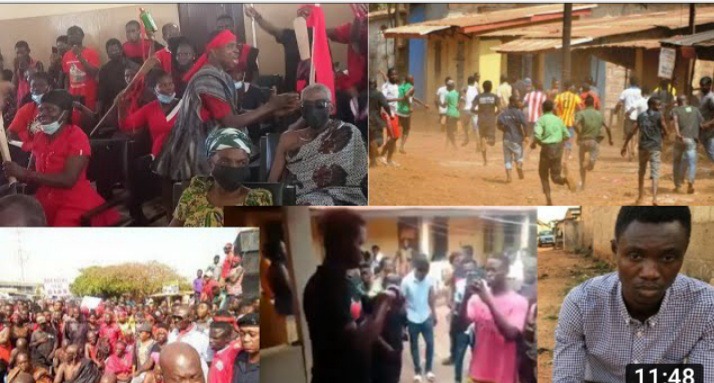 The traditional rulers at Nkoranza has kill a sheep and used the blood to baptise a gay. According to the report, the queen mother of Nkoranza called for a press conference. When the journalist got there, all the traditional rulers were in black attire. The rulers said they got information that one young man called Razak who is staying in the community is a gay.

They did investigation and found out that it was true that he is a gay. The journalists then asked Razak if is true and he accepted that he is gay. He said this the second time he has been engaging in the act. The traditional rulers asked Razak's sister if she is aware of her brother's act. She too told them that she had heard about it and asked her brother about it but he denied it.

Then the traditional rulers pour libations, kill a sheep and pour the blood on him to sanctify him. They also told Razak that if he goes back into the act again the gods should kill him. He should also buy 24 sheeps and one box of schnapps. Razak has a shop, but the traditional rulers told him to close the shop until he brings the requested items.

Razak told one young man in the community called Frank to sleep with him. Frank too informed his brother about what Razak told him. The brother too advised him to meet Razak so that they will get evidence against him. He then went to meet Razak whiles his brother was at the back of the door. He removed his clothes and told Frank to also removed his attire. Then the brother knocked and entered the room and they found out that the young man is truly gay.