A GAY man but now an EVANGELIST: Shares is his story and the reason he repented.

By Daily_Doze_Prayers (self meida writer) | 28 days

Homosexuality is the activity a male and a male gender or a female and a female gender engage themselves in sexually related activities. Such activity is mostly found in the foreign countries like, the United States and it surrounding countries. Homosexuality, as it's been stated in the bible clearly narrates/tells us that, it's one thing God hates the most. Ones in an ascent country called Sodom and Gomorrah, now known as the Dead sea, which is located in israel, was a town which was filled with people who engaged themselves in homosexuality. And at the cause of that, God destroyed the whole Nation.

A South African young man who had a promising future had all the pressures every young man would dream of. His parents, being one of the richest family in the society did everything for him just to make him happy.

Per his narrations, he Said. His parents where that loving parents whom, allowed him to do any thing he'd wished and like to do. He had no friends to play or talk with, he'd always be in his room playing videogames and watching movies. He said, one faithful night, as a normal routine for him (watching of movies and playing videogames), he tuned in to a channel that where forecasting homosexuality sexual explicit.

This drew his attention and brought his interest in watching the show. He then found interest in men and his attitude changed all of a sudden. Someone who never wanted to go out now started hanging out with friends and doing all types of things which are not pleasant to do.

His parents then noticed a sudden change in his life, they tried their possible to best change their child but, all the effort seemed to be useless.

He became a total gay and had no feelings for females, men came in to have sex with him daily and daily. After days and weeks and months and years, he now became very addicted to homosexual activities. But with just a single day, he came to his senses and a total change happened in his life.

He said, one late evening, a man in a white cloths appeared in his room and manifested to him that, he's being chosen by God and wants him to do his works to win souls for his kingdom. Upon hearing that, he changed totally, he started preaching the word of God to people who where in the such thing. Most of his friends who where into homosexuality now changed totally and accepted Jesus Christ has their lord and personal savior.

The young man who was into homosexuality is now an evangelist, who's preaching the word of God to people and telling hai story to people who're into such thing. He has won about a thousand of souls for God's kingdom and he's still doing his best to win more. 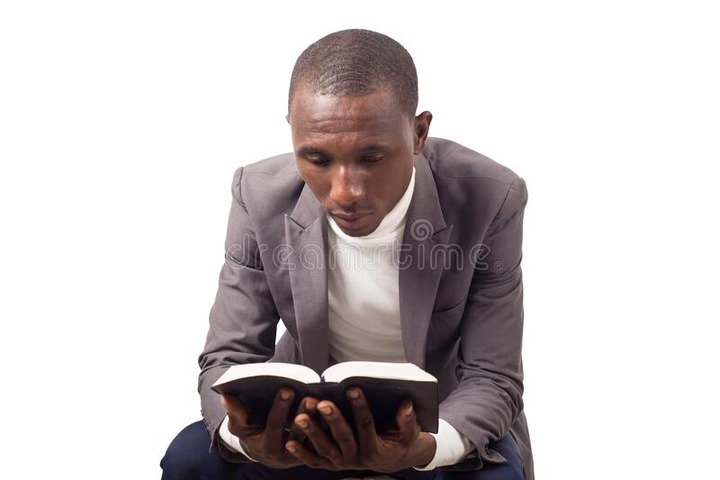 Now this might be you, you might be in a situation that you think you're addicted and finding ways to come out of it, if a gay man is able to change and win lots of souls for God's Kingdom, you can also do the same. It's not to late for you to change, you can make a change in your life when you allow God to lead the way, just give your heart and your deeds to him and he'll surely let you out of your problems.

This day, I pray the Holy spirit gives you the self courage to overcome every situation or difficulty you're facing in life.

Content created and supplied by: Daily_Doze_Prayers (via Opera News )