By DBright (self media writer) | 12 days ago 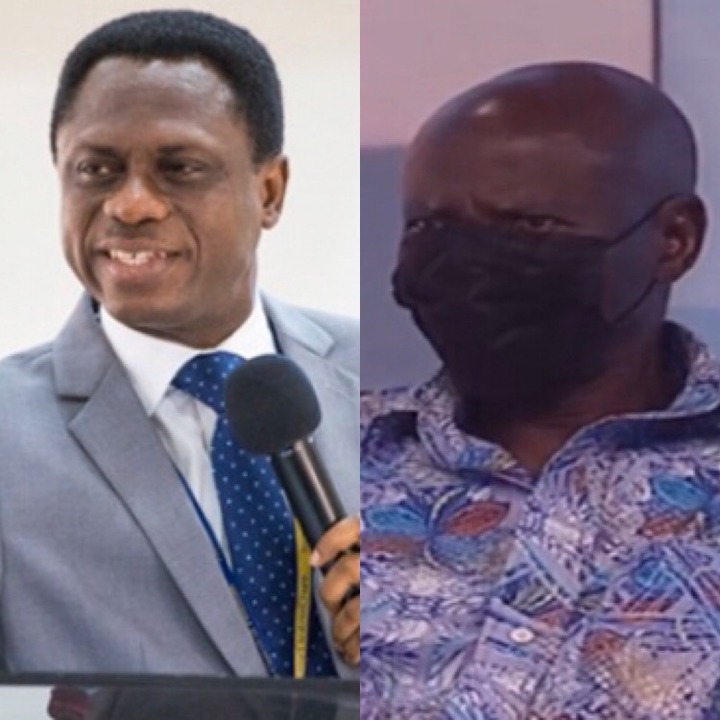 The head of Pentecost church, Apostle Eric Nyamekye has recently sparked massive stir, debates and arguments across all social media platforms after he boldly sent another powerful message to Lawyer Akoto Ampaw over the legalization of the LGBT bill.

Lawyer Akoto Ampaw, who is popularly known for winning the 2020 election petition case against John Mahama and the NDC has been spotted to play a major role in pushing for the legalization of the LGBT bill in the country.

In addition to this, Akoto Ampaw’s intention has raised lots of concerns amongst Ghanaians as individuals believe that President Akufo Addo might finally accept the legalization of the LGBT bill in parliament due to Lawyer Akoto Ampaw’s influence.

However, the head of the Pentecost church, Apostle Eric Nyamekye recently came out to send another strong message to the incumbent President, Nana Akufo Addo whilst highlighting that, the church will match those who plan an pushing for the legalization of the LGBT bill boot for boot.

Apostle Eric Nyamekye added that, he was also willing to urge Ghanaians to vote against any government who passed the LGBT bill since Christianity frowned on it.

With respect to this, Apostle Eric Nyamekye took the privilege to send another powerful message to the camp of Akoto Ampaw whilst emphatically stating that, legalizing the LGBT bill Ghana will mean that, the country has no strict laws to govern certain policies hence the country suffers in the long run aside destroying the future of the country.

“If we have a society where there are no absolutes soon there will be no law. Likewise, if every behavior is shielded by law, soon we would have no laws”, Apostle Eric Nyamekye emphatically stated.

Lawyer Akoto Ampaw on the other hand ha salsa express his thoughts on why the LGBT bill should be passed in parliament even though most Ghanaians think otherwise.

According to Lawyer Akoto Ampaw, the legalization of the same-sex relationship in the country is not about religious beliefs and so therefore Ghanaians pastors and the church of Pentecost shouldn’t take things personally.

Upon his post popped up, most Ghanaians took the privilege to share their immense opinions and thoughts on lawyer Akoto Ampaw’s comment over the legalization of the LGBT bill in Ghana.

Below is a look at some of the comments that cane through as individuals shared their respective thoughts and opinions on the alarming issue. 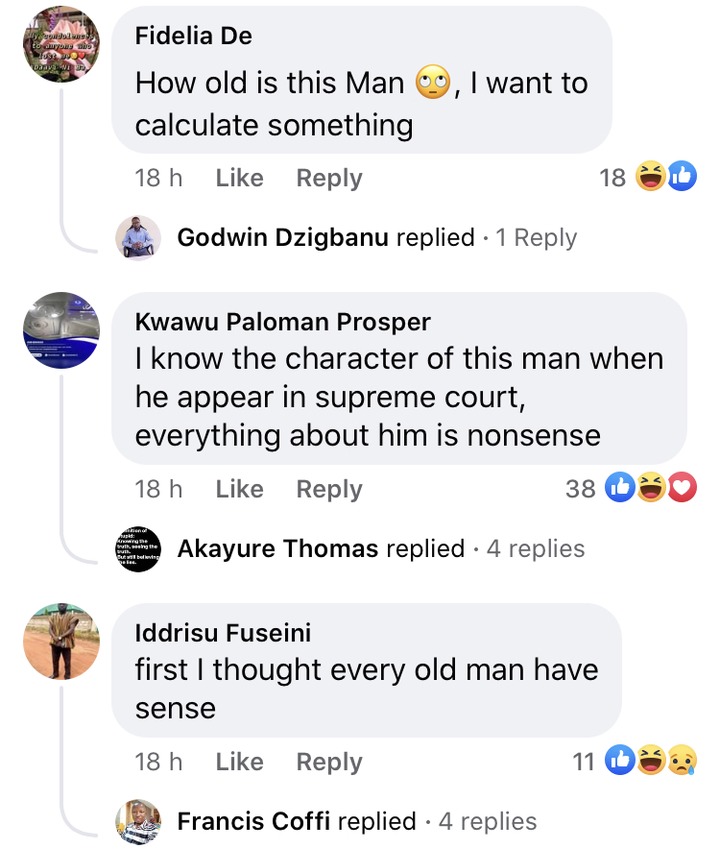 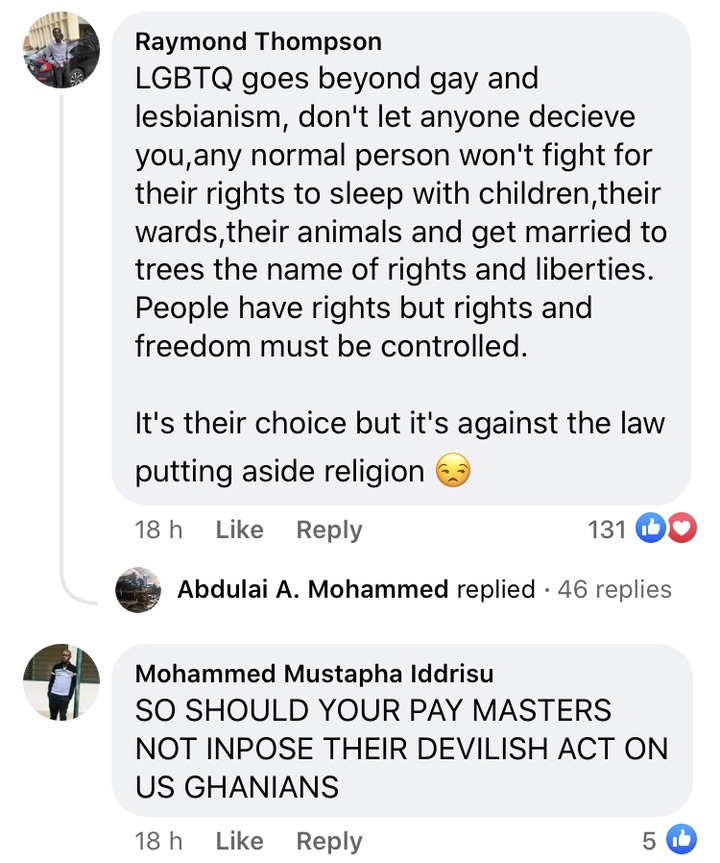 From the above comments, we can clearly notice that most individuals were disappointed in Akoto Ampaw on his comments about the legalization of the LGBT bill whilst others stated otherwise.

Surprisingly, the Ghana Christian Council haven’t expressed their opinions and thoughts on the legalization of the LGBT bill as most Ghanaians are currently in a dilemma as to the way forward.

Do you think the LGBT bill should be legalized considering recent arguments raised by both Akoto Ampaw and Apostle Eric Nyamekye even though most Ghanaians think otherwise?