A Man From Another World Says There Is No Hell, He Revealed What Happens When Someone Dies. 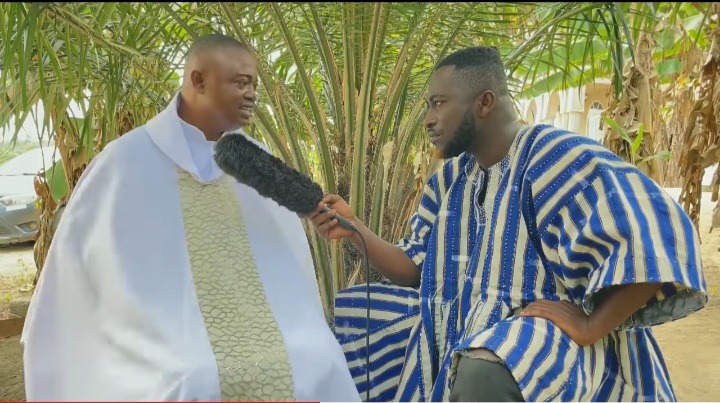 A powerful spiritual man goes by the name Tete Difuo said when someone is going to die, there are no angels involved. It is between you and your ancestors. Anyone who has witnessed someone death will realise they are keep mentioning the names of dead people. Jesus said he is going to prepare a place for you, so will join him there. So your grandfather becomes your saviour. Jesus has prepared a place where all his descendants will join him when they die.

The spiritual man toll every one that, we are Africans and we are the first human beings on this earth, descendants of Akan so let us not joke.

Tete Difuo further said, if you have spirits, you need to go visit them. Before you go, they prepare you but you won't know what's happening. He said the elders people took him there for a while but not for long. When they returned from their world, they realized it's been a long time since they left, but that's not the case according to the realm which he visited.

Tete said, he did not go where humans were but he visited the spirit he worked with because they took him with them and prepared him very well so that creation will know what the ancestors left for Ghanaians.

He made it clear that, if they take you the have to destroy the body that's why when someone is attacked spiritually, they cut on their arms and feet. In the spiritual realm, they cut where the spirits are but not all spiritualist know that is so. Some took over their father's, uncles and even their grandfathers spirits.

He said each level you get in the spiritual world, they take you to meet a much more superior spirit who gives you more powers. Then over some time you become a god yourself. Then you have to attained powers from spirits that are pillars in the world. But the spiritual world they don't have hours there but the things they will teach you and the things you will do there, if you were to do it on earth, it will take a year.

When they take you there for a day, it is equivalent to one year because they are so many things they can teach you within 24 hours. Like when witch goes to work at night, they can only be gone for three hours but the things they will do there will take three years if it is physical. If you are a witch on this earth or if a man has a witchcraft and uses it for bad things, he is referred to as wizard and when a woman does it, she is referred to as evil. 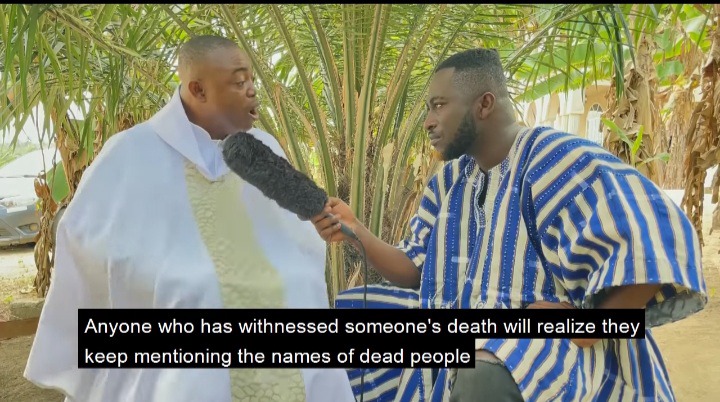 Once you enter the palm tree, there is a town there with everything nice but there's no electricity there and night does not come too. That place is cloudy like when it is about to rain and sun doesn't shine. Tete is telling Ghanaians that the world is not ordinary.

When the creator finished creation, he covered the world with sea, mountains and plants to cover herself. So if you say the world is ordinary, it's an insult. People always accused the devil of worrying them meanwhile they never met him before.

If you are a true spiritualist who wants to know more about nature, you must die and come back life. But you will not tell someone that you are going to kill yourself in order for that person to take your body away because this process deals with the physical aspect of it. If you have not tested death, there is difference between your ghost and your physical body.

Before he can become a powerful spiritualist who can tell the various powers that different people possess, he have to test death. You have not seen anything compared to the gods that you will see there. Sometimes you see lions in the room.

After all the rituals, everyone leaves and you will go inside the room. There, you will see your forefathers who has been in that position in the past. Neither your wife nor your kids can come there because no one is allowed in there. Unless Sumankwaahene or Omankomfo. Omankomfo only comes there in case when your soul comes out to talk to the ghost, it is when you made some mistakes and therefore they refuse to let your soul return.

He said his grandfather took him to a 140 years old man. The man told everything that they put in the ground. But before he said it, I fell sick. He showed him everything that was kept under ground. He then said they were having conversations but it was not physical one.

Tete said at the time he did not want to die and come back. He just showed him something and went away but when he got to some certain level, he locked himself. The spirits will tell you what you need to do if you want to get to a higher level of spirituality. The spiritual man added that, many people have died spiritually and come back to continue their work. They go to coma for few days and come back. When they returned, they will not say exactly what they saw there but they will rather be saying they met Jesus.

Tete Difuo stated that, there is more than one Jesus. The man said when someone is going to die, there are no angels involved so he believes it a myth but it is rather between you and your ancestors. They do not look at those seated around them. But they glance at their surroundings and call out names of dead relatives. He gave an example that, anyone who witnessed someone's death will realise that they keep mentioning the names of dead people.

He concluded that, in the spiritual realm satan, dwarfs, gods, trees are there as well as humans.

I Take Pain Killers Before I'm Able To Relax; The Pain Is Too Much- Sonnie Badu Move Fans Into Tears