Richard took me to the same cocoa farm he killed the small boy; God saved me that day [Video]

By Ahomka.News (self meida writer) | 24 days

Until there is justice for those who were murdered at Abessim, Richard Appiah will always be the topic for discussion. His heinous act has brought nothing but shock to the spines of many Ghanaians. The story of Richard is not something new again but his arrest has brought many revelations and allegations towards him. The kind of allegations that have been leveled against Richard indicates that he started committing such crime for a very long time. 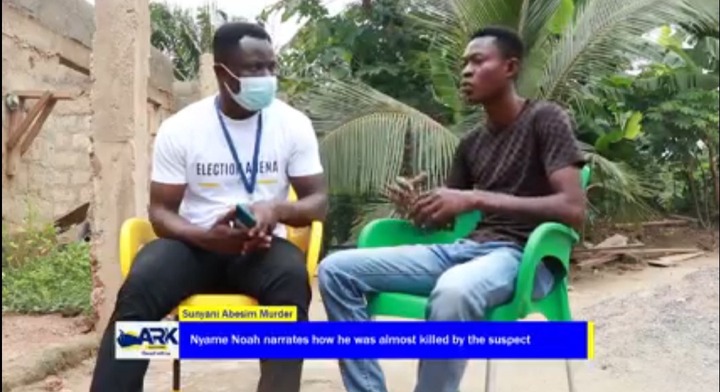 One young man by the name Noah Nyame who hails from Abessim and stays closer to Richard has given a chilling account on how Richard nearly killed him. According to Noah, it took the intervention of God to escape from his wickedness. Narrating the story to Ark 107.1FM, Noah said he is an SHS leaver who doesn't have any job doing so one day Richard gave an offer for them to go and harvest cocoa. Because he [Noah] also needs money, he naively followed not knowing Richard has an ill intention.

Noah said their first day of visit, the kind of actions and the behaviour of Richard Appiah made him suspicious. He said as he was busily plucking the cocoa, Richard was starring at him in a strange manner with a cutlass in his hands. Noah said he didn't actually understand why he was doing that. He saw it to be nothing so he went ahead with his work until evening and they went home. 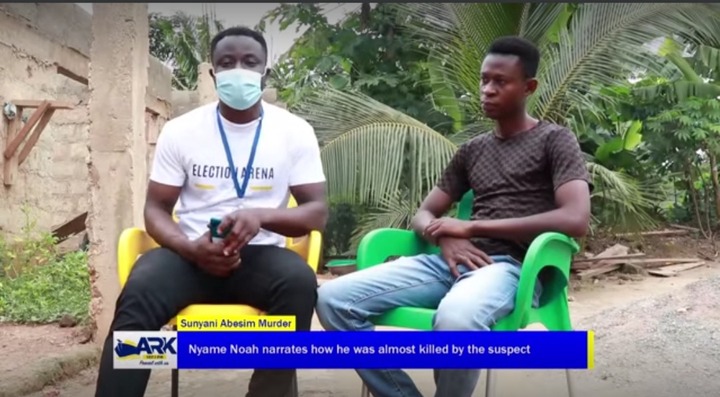 On their way home, Noah said he perceived a very strong stench emanating from the farm. The smell was very pungent as if an animal was dead. Richard intentionally asked him whether there is a dead animal around the area and he said he doesn't know. The following day they went again and Richard was behaving in the same manner. This then put fear in Noah and his instincts prompted him to be extra careful. Due to that, he decided not to go the following day but Richard tried to lure him which didn't succeed. 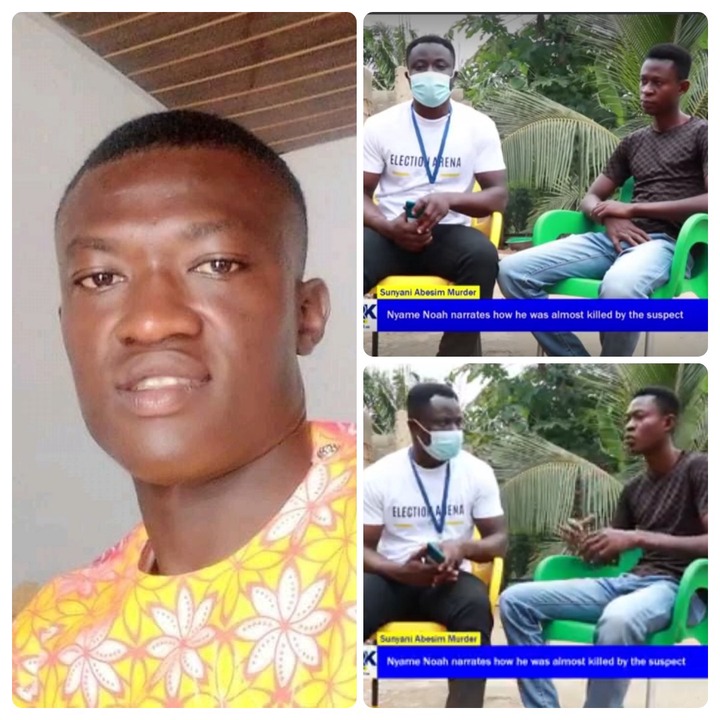 It was at dawn when Noah went out to urinate that he saw so many cars parked around Richard's house. He didn't understand so the next morning he got informed that, the man he went to harvest cocoa with has been arrested for killing a young boy by name Sarpong. He then realized why Richard was behaving such way towards him at the farm. It was then that he was informed that the stench that was emanating from the farm was where he burried the remains of the small boy he killed. According to Noah, it took the intervention of God other than that, he would have been a dead man by now.

“Apuu, What’s Marriage?” Young Men in Ghana are Afraid to Settle and This is Why.