Read Through this brief bible studies before you go to bed.

By Daily_Doze_Prayers (self meida writer) | 1 months 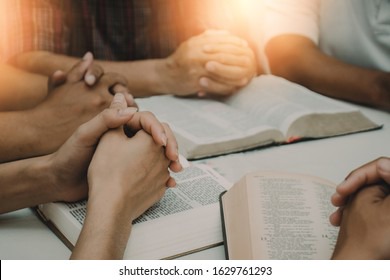 In the book of Esther, Haman is called an Agagite (3:1). This small word can give us a huge clue as to why Haman so bitterly hated the Jews.

In Exodus 17, we read about how the Amalekites became the very first nation in the world to attack God’s newly formed covenant nation. Though the Amalekites were defeated in that battle, they spent the next 900 years growing bitter against the God of Israel and his people.

The Amalekites historically were bitter enemies of Israel. In Deut. 25:17–19 we read “Remember what Amalek did to you on your journey out of Egypt, how he attacked you on the way, when you were faint and weary, and struck down all who lagged behind you; he did not fear God. Therefore when the Lord your God has given you rest from all your enemies on every hand, in the land that the Lord your God is giving you as an inheritance to possess, you shall blot out the remembrance of Amalek from under heaven; do not forget”

Agag lived during the time of Saul and was king of the Amalekites. In the First Book of Samuel, King Saul was ordered to bring the judgment of God against the Amalekites and their king Agag. They represented an extremely evil, pagan religion known for its worship of fertility gods through immoral acts and child sacrifices. Instead of obeying God, Saul spared Agag and the best of the cattle. This resulted in the Lord’s rejection of King Saul. Samuel then stepped in and killed Agag.

With Agag dead, his descendants scattered, taking their hatred for God and the Jews with them wherever they settled.

Haman’s ancestry is, therefore, mentioned to show that he was an enemy of the Jews, by birth, and that it was more than just personal hatred of Mordecai that motivated him.

The “Agagite” label distinguished Haman as an ancestral enemy of the Jews. This means that even though he was not a Persian, King Ahasuerus had promoted him to a high position within the government.

Around 480 B.C., Haman was the second most powerful man in the vast Persian Empire. Since Haman hated the Jews, he thought he was now in a position to do something about it.

So his hatred isn’t just about one man. It is about the family feud, kept alive by un-forgiveness, bitterness, hatred, and the lies of Satan. But the spirit of Haman is more than just ethnic prejudice. It is wrath. It is unforgiveness. It is hatred. It is bitterness. This type of hatred is something that not only do we have to face in ourselves but we also pass down from generation to generation.

Don’t be a Haman.

Quote: “The problem with revenge is that it never gets what it wants; it never evens the score. Fairness never comes. The chain reaction set off by every act of vengeance always takes its unhindered course. It ties both the injured and the injurer to an escalator of pain.” Lewis B Smedes

Prayer: Lord, I pray that you will help me not to allow any longstanding family fued to take root of bitterness in my life. Amen

Content created and supplied by: Daily_Doze_Prayers (via Opera News )