By Japhtaoppong (self meida writer) | 12 days 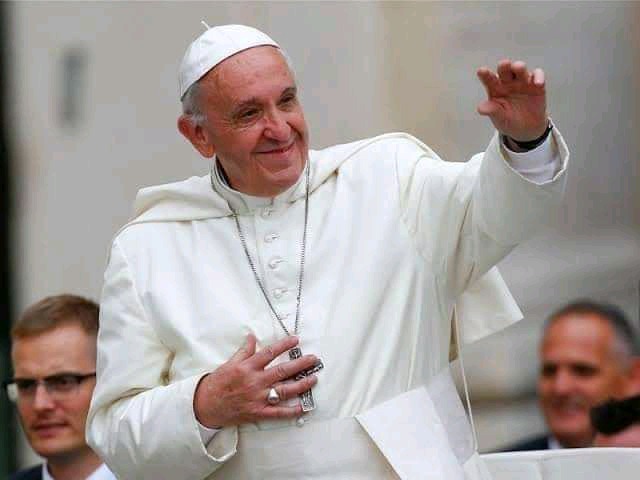 "It is not necessary to believe in God to be a good person," says Pope Francis.

I like that. Religion has nothing to do with being good or bad.

The Roman pontiff goes on, "in a way, the traditional notion of God is outdated."

He is right. The traditional notion was that God belonged to a particular people.

The Jews have their Jehovah.

The Arabs have the Allah.

And the same thing applies to other people and races.

The vicar of Christ has not finished yet. He says, "one can be spiritual without being religious."

This is what we call metaphysics. Substituting one jargon for another.

What is spirituality? What is religion?

Both are two sides of a coin.

Then the Pope dropped a bombshell. "It is not necessary to go to church and give money- for many, Nature can be a Church."

Did you all hear the Pope?

If I had uttered such words, many would have called me a carnal man. But the representative of Christ on earth said it. "It is not NECESSARY to go to church."

Hear the climax of Pope Francis' asseveration. "Some of the best people in history did not believe in God, while some of the worst deeds were done in His name."

What more can I say?

Vanini did not believe in God. He was a kind man.

Robert Ingersoll did not believe in God. He was a noble soul.

Charles Bradlaugh did not believe in God. He was one of the best human beings that ever lived.

There were/ are so many atheists who have lived and still living a noble life.

History is filled with gory tales of those who believed in God and what they did in the name of God.

All these were done by men who believed in God.

But I will stop here.

Thank goodness the Pope has abandoned many acquired prejudices.

History will be kind to Pope Francis.

Men are no longer persuasive, once they ask you out and you say no, it’s case closed - lady laments

“You Are A Young Man So You Don’t Understand The Situation” – Kwesi Pratt Tells NPP Panelist.

Hyundai NEXO: The futuristic car that purifies the air while driving & emits only clean water vapor.

Ministry of Education Controls The Senior High Schools or Just a Rubber Stamp?

Guys: see the local plant that is shy of human.