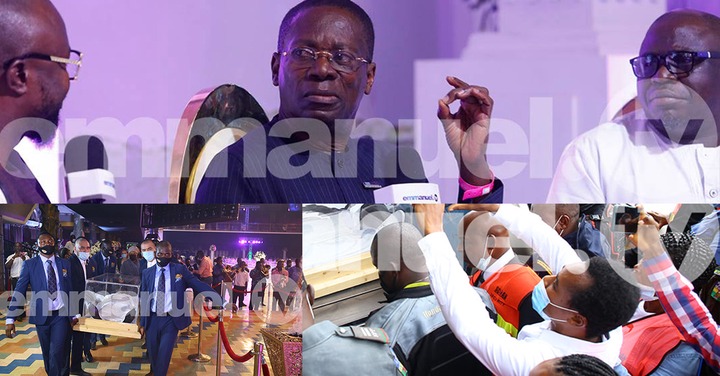 The funeral rites of the late renowned man of God, Prophet TB Joshua is being held. Millions of people from across the world have thronged Nigeria to bid their final farewell to the man of God. The body of the man of God is laid in a glass-like coffin where church members and loves ones have been filing past.

He is dressed all white to signal victory. The belief might be that the work of Prophet TB Joshua on earth was sanctioned by God which he delivered satisfactorily. The white also signals that Prophet TB Joshua might be resting on the right hand of the Lord. As many file past the body, the only thought that was going through the mind was how a kind man of God like TB Joshua could die before his time. 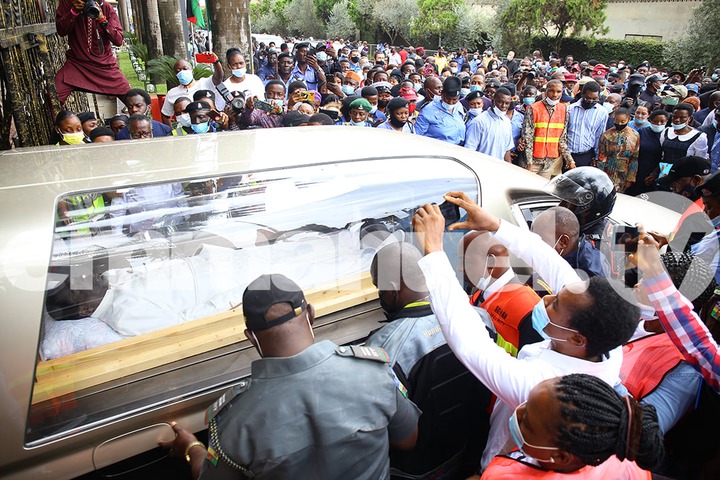 It is alleged that she was in Nigeria to represent the former president John Drama Mahama. Just as we thought she was in Nigeria alone, another leading member of the National Democratic Congress has also been spotted at the funeral. Dr. George Sipa Yankey who served as Health Minister under the National Democratic Congress was spotted sitting on the high seat with a black suit. 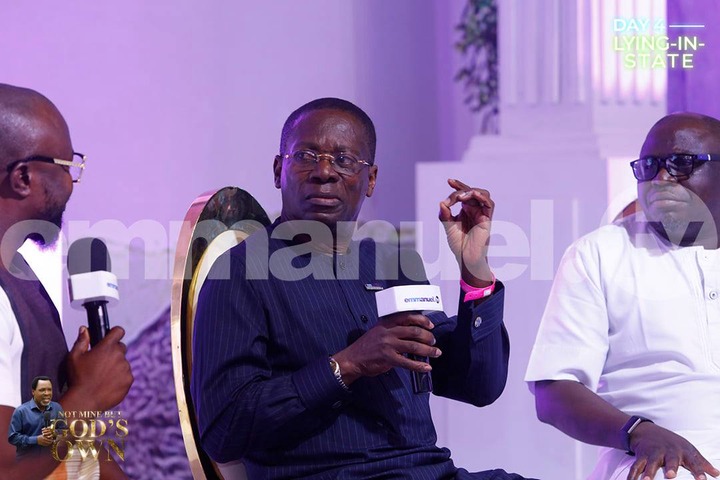 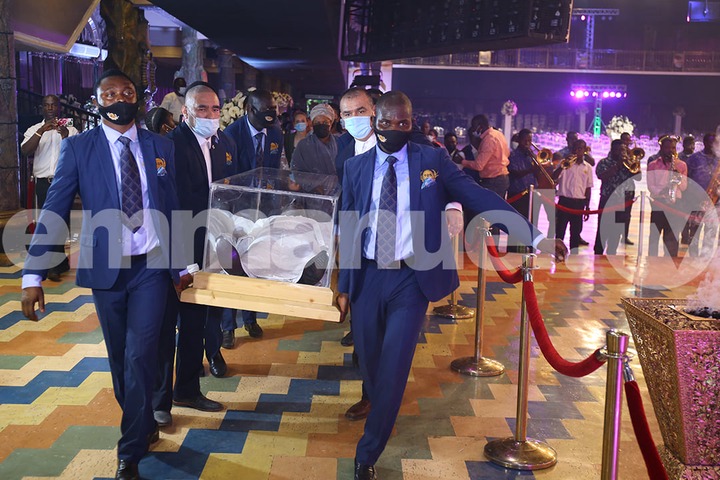 It seems the late Prophet TB Joshua had ties with the oppositional National Democratic Congress than the Ruling New Patriotic Party. The late former President, Professor John Evans Atta Mills was also a good friend to the late man of God.