Beyond this new technological and economic dimension, Man and the spiritual dimension of human existence are a critical factor that cannot be disregarded.

Modernisation, progress, efficiency, growth, production do not clash with principles such as science and philosophy, social justice, human rights, economic progress and democracy, or with Man's inherent need to transcend and reach out to the Creator.

The global trend of the resurgence of Islam, observable all over the world, does not mean either an unhappy existence or militancy, which must renounce hope of peaceful process of coexistence. Nor it means a compulsory process of "westernised" modernity uprooted from its cultural tradition and identity.

It is a orderly and harmonious universe in its nature and direction, regulated by one single Law which binds all its parts in harmonious and orderly sequence. The task of human beings is to receive, to respond to, adapt and apply the immutable characteristics of Divine rules.

The human intellect although refined, ambitious, scientific, educated, learned well, the human intellect has always to swim in the sea of the unknown. Nevertheless, these human activities do not conflict with development and technology; they are a rational religion; they are mathematics and philosophy; they constitute progress and result in gradual improvement, within the harmony of the cosmic order and its superior Laws. 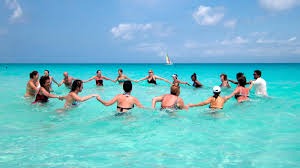 They must take place within pre-determined perimeters and on the basis of a fixed axis. Man religious instinct is a reflection of the organic structure of the cosmos and its interrelated components.

The nature of Islamic society is a universal community, which goes beyond the narrow enclave of geographical boundaries, political frontiers, race, colour and language. Within this dimension, the Arabs unquestionable undertook the unique mission of infusing their lives with Islam. and provided other peoples and communities with the divine Law and its theological-juridical principles.

Seen in this perspective, it seems hard to deny that Islam is a system, a way of life, a process of political, institutional, socio-economic, military and spiritual-philosophical construction. It is a comprehensive movement, tuned by the religious factor, where history has turned full circle. It is not a faint copy of Western-inspired nationalism. 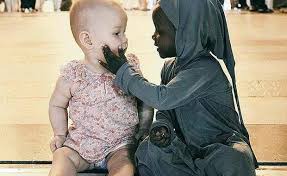 This perception is more and more coming to the fore vis-à vis the Western secular trend, and the globalising geo-economic dimension that this West is shaping for the newly dawning world order. in like manner, Islam is also a comprehensive rational order, where common sense, pragmatic choices, religious feeling.

Nationalism, socialism, democracy have their Islamic dimension, within an Islamic order. But, referring in particular to the speculative sphere, unquestionably the humanities, the arts and fine arts, crafts and those special domains of traditional culture still have a great creative function within a mutually beneficial social human dimension of life. Let us see, for instance, the reflection of this conception of Life and Universe on Islamic fine arts. 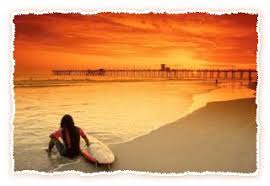 Man and his spiritual values come to the fore and forge positive philosophical theories. Nature and landscape are perceived by painters and architects with those formal, stylistic and characteristics that strongly reflect the impact with a world that lives its life in close, intimate contact with nature.

It is a world and a culture that observe nature and the cosmos and technical perceive them in every detail over the slow rhythmical march of days and nights, of the seasons and the lunar cycles.