I find no fault in this Man, they are accusing him for nothing - Pastor Mensa Otabil boldly tells

By GH_InformationCenter (self meida writer) | 16 days 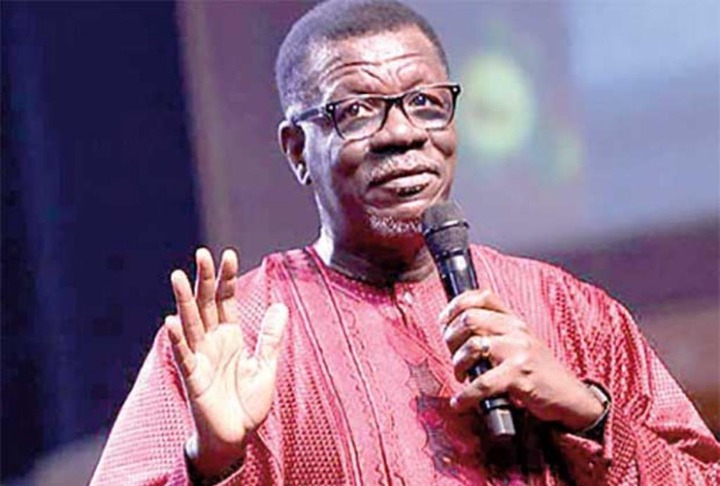 A Ghanaian theologian, motivational speaker and entrepreneur, Pastor Mensa Otabil has boldly tells the Nation that he find no fault in this man for he is a man of peace.

The founder and General Overseer of International Central Gospel Church sent this message to the people of Ghana on his interactive Facebook program called "WORD TO GO with Pastor Mensa Otabil Episode 349" today.

According to him, no good man on this Earth has been able to achieve his vision without passing through a period persecution. Even Ghanaians will remember the kind of tribulations Dr. Kwame Nkrumah and many others went through before getting us Independence.

So these kind of accusations and persecution that this man has gone through and still going through for the good work he did and the greater things he is doing is just part of the journey of becoming a great man.

Upon all the accusations against this man, nobody was able to come out with a concrete evidence that can prove that indeed he is guilty.

They accused him wrongly for providing some kind of health facilities to heal the large crowds who came to Him, bringing with them lame, crippled, blind, mute, and many others.

They also accused him for giving light to a man who has been in ''Dumsor" from infancy. Another good thing he did was that, he provided free food for his people when the whole country was in crisis.

Those falsely accusing him also knows that this man is very good as compared to other Kings the world have ever seen. He will continue to be rated as the most peaceful king of all time because of his good governance.

Pastor Mensa Otabil added that, it is not surprise most people don't see the sacrificial work he did for us with his little time as leader because that's what they do to every successful man. And whatever you do to him, he still remain a King.

Luke 23:3-4 says, "So Pilate asked Jesus, “Are you the king of the Jews?” “You have said so,” Jesus replied. Then Pilate announced to the chief priests and the crowd, “I find no fault in this man.”

Pilate well understood the difference between armed forces and our Lord's followers. But instead of being softened by Pilate's declaration of his innocence, and considering whether they were not bringing the guilt of innocent blood upon themselves, the Jews were the more angry. The Lord brings his designs to a glorious end, even by means of those who follow the devices of their own hearts. Thus all parties joined, so as to prove the innocence of Jesus, who was the atoning sacrifice for our sins.

This gives us clear indication that even though this man "Jesus Christ" was found innocent, the Nation proceeded in killing him for sacrifice.

Jesus Christ who gave light to the blind man was used against him before the pilates when the people were ask to prove him guilty.

Pastor Mensa Otabil in his preaching was referring to this Man (Jesus Christ) who provided the needs of the great multitude that followed him in the wilderness.

Jesus Christ who was confirmed innocent by a great king and still was given to the people for sacrifice remains the world's greatest king.

So as we celebrate Easter, a Christian festival and holiday commemorating the resurrection of Jesus from the dead, described in the New Testament as having occurred on the third day after his burial following his crucifixion by the Romans at Calvary, all people should know that still “ there's no basis for a charge against this man, Jesus Christ".