By the_Kelvin_guy (self media writer) | 8 months ago

Whenever you try talking about pastors, there is one card which is pulled out to you. This card is obviously a quotation which goes like, "touch not my anointed". Whenever this card is being pulled, it tends to shut the mouths of people who try criticizing or raise questions about these pastors.

Well, due to this fact, many people have made it a point to become pastors so as to hide behind that quotation and do whatever they like. I do not know if God called them like he called Moses, Elijah and the other old prophets but we just wake up and hear them say they have been called by God to do his work. Maybe it is true, maybe not.

There is nothing wrong about they claiming they have been called by God. The problem comes in when their actions doesn't depict the character Jesus Christ lived on Earth.

Why am I saying this? What have I seen? Alright, let me spill out the truth then. I have witnessed many people leave churches just because their pastors were not making the church a comfortable place for them. These people went to the churches for salvation and also to have a good relationship with Jesus Christ as well as God but we ended up leaving due to the irresponsible behavior of some people who claim they have been called to do the work of God.

I have seen a man who left his church just because he thought his pastor was draining him off his finances. His pastor could call him and prophesy about his life. Immediately after the prophecy lands, the next thing is, "you have to pay 1500 Ghana cedes" so I cancel whatever evil which has been planned on your way to success. He definitely cannot say no in front of the pulpit and hence, the pastor had been using it always against him.

I have also seen a woman who after being preached by a church member, accepted Christ and was invited to a Sunday service. After the church, the pastor called her and told her that there was evil hovering around her home and the only way it hard to be erased is through an intercourse with him.

This is the life some people are living. They are tarnishing the image of Christianity and this hurts me so much.

A Ghanaian known as Young Lord on Twitter posted this picture of a soap which had a certain inscription.

Below is the picture; 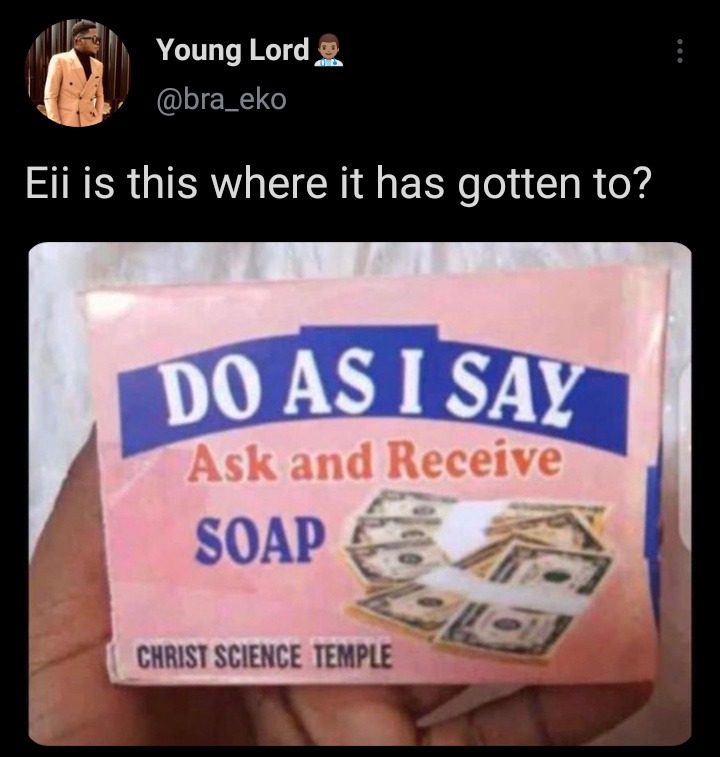 Some churches are really selling soaps which is going to make people do as they say? You just take a look at the picture very well, they claim this soap is going to make somebody do anything you ask them whether they like it or not. You do see the name of a church at the bottom left corner. I only thought Christians were to imitate the lifestyle of Christ but some of them are going beyond that. Well, who am I to talk about this issue? 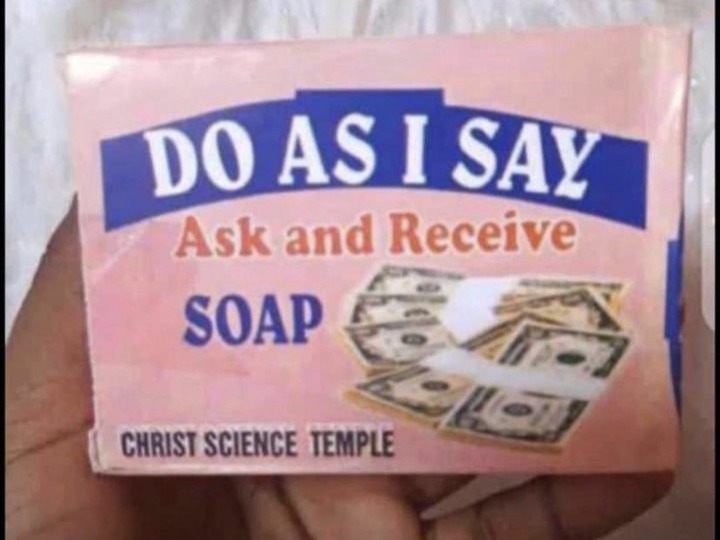 This is what is going on in Africa. Let us rise up, we are above these things. To the church members who don't analyze anything but go rushing for them, please wake up. You have slept for too long.

You can let me know what you think about this soap being sold in a church in the comment section. Was it really necessary?