By TrinityMedia (self media writer) | 1 month ago 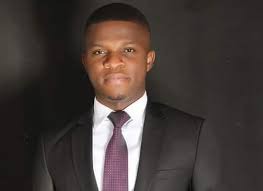 Sammy Gyamfi on Okay FM has called out the conduct of some pastors indicating that their conduct doesn't show that they are pastors and so do not deserve the respect accorded to pastors.

He particularly pointed out Bishop Bosomtwe Ayensu of the Methodist Church who slammed former president John Dramani Mahama on his position on the controversial E-LEVY. Sammy Gyamfi referred to the Bishop as a vile NPP propagandist in a cassock. He added that the Bishop is an unintelligent NPP politician in cassock who has decided to use his pulpit to do politics. 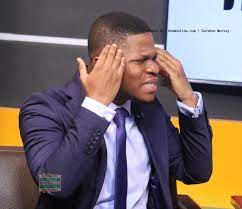 To buttress his calling out of the Bishop, Sammy said he doesn't understand why any sound-minded person will criticize the position of John Mahama to repeal the controversial E-LEVY should they come to power in 2025. He added that the Bishop predicted doom for John Mahama in the 2024 election, saying that the former president's position on the E-LEVY will be the reason Ghanaians will vote against him.

According to Sammy Gyamfi, the Bishop was campaigning against John Mahama for promising to scrap E-LEVY using the platform of a respected and reputable church. He didn't understand why the Bishop will campaign against the former president because of his stand on the E-LEVY. To him, the Bishop could have stated his support for the E-LEVY without campaigning against Mahama and calling out Ghanaians to vote against him in the next elections. Sammy Gyamfi, however, stated that he doesn't believe the stance of the Bishop against John Dramani Mahama represented those of the Methodist Church. 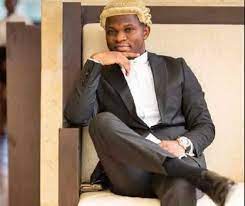 Sammy Gyamfi recalled that Bishop Bosomtwe Ayensu was reported by the media to have said that John Mahama was going to cancel the free Senior High School policy should they come to power which wasn't true. He accused the Bishop of his use of the pulpit to engage in propaganda being one too many.

He concluded that the NDC will not tolerate a man of God who will stand on the pulpit of a church such as the Methodist Church of Ghana to campaign against John Mahama. He promised that the NDC will always come out with a counter statement if the Bishop chose to campaign against the former president. He called on the Methodist Church of Ghana to issue a statement disassociating themselves from the utterances of Bishop Bosomtwe Ayensu.

Do Not Look Like Your Problem Dress Well, Even If You Are Broke - Akwoaboah Says

Opinion: Is Demonstration, Helping or Destroying. Read full Details Why

“Gov’t Must Do This To Ghanaians As Soon As Possible To Convince Them”- Dr. Kwakye Voices Out.

Check out how to get freedom from your parents without struggling.