Please Don’t Kill Me: Another Pastor Lands In Serious Trouble; Begs Angry Mob For His Life 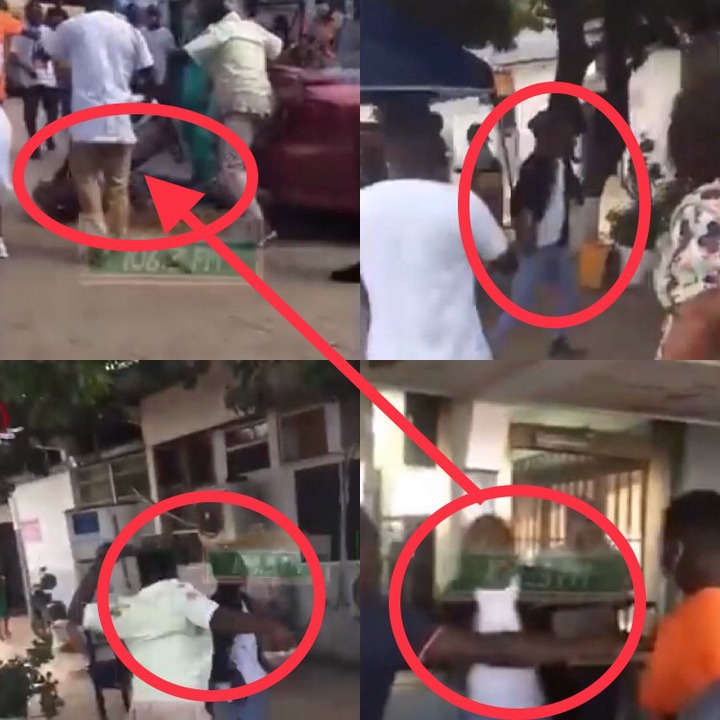 The recent circulating case of another pastor that has sparked massive stir, debates and arguments across all social media platforms is the one below as the man of God was caught stealing from innocent civilians whilst pretending to be preaching the word of God at the Kaneshie polyclinic.

According to recent reports by Adom Fm and Television, the pastor who has been recently beaten to the pulp for stealing at the Kaneshie polyclinic was spotted several times preaching at both the Kaneshie market and polyclinic as nobody expected him to exhibit such behavior leading to his arrest.

In addition to this, the pastor who was recently beaten for stealing at the Kaneshie polyclinic has been identified to had been stealing from pregnant women who attend the polyclinic to check up on their unborn babies.

According to recent reports, the pastor pretends to be preaching with a megaphone to deviate the attention of the women from himself in other for him to steal from them but the unexpected happened as the security guard and other nurses at the polyclinic caught him red handed with phones, money and bags whilst escaping from the premises.

The guard and other workers at the Kaneshie polyclinic began interrogating him aside beating him mercilessly for stealing from the innocent women whilst pretending to be a pastor.

After receiving countless beatings from the mob, the pastor began begging for his life whilst urging the mob to send him to the Kaneshie police station else he would die considering how he was unexpectedly bleeding.

Below is a look at some photos as the angry mob beat the pastor for stealing at the Kaneshie Polyclinic. 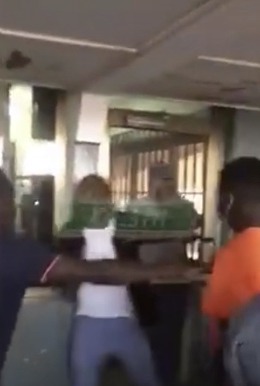 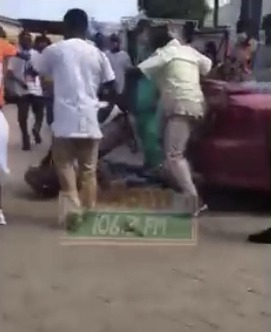 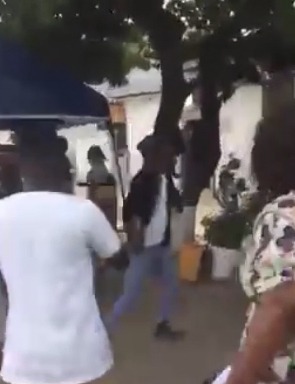 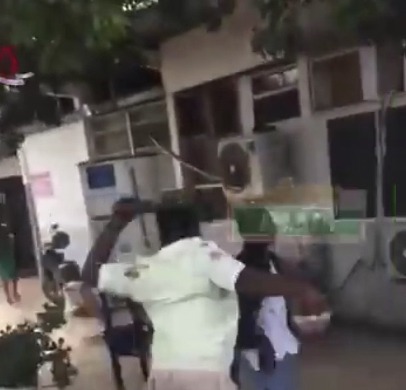 Do you think it’s right for angry citizens to take the law into their own hands and beat criminals mercilessly for stealing?

What do you think should be done to criminals who are caught in the act just like that of the pastor who was beaten by the mob for stealing at the Kaneshie polyclinic?

What do you think IGP Dampare should do in other to reduce the rise in criminal activities aside putting fear in criminals and armed robbers across the country?