Swazi culture is the way of life and customs of the Swazi people through various historical stages. The culture of Swazi people involves music, food, religion, architecture, and kinship, among many other things.[1] The Swazi people are composed of various Nguni clans who speak the Nguni language siSwati. These people mostly reside in Eswatini and South Africa. Presently, Swazi people may also include citizens of Eswatini. In Eswatini, one of the most visible features of cultural identity is the traditional political structure of the nation and the home. In the national level, the Ngwenyama (the "Lion", or King) is considered the head of the nation alongside the Ndlovukati (the "She-Elephant", or Queen Mother) who is the spiritual leader of the nation. National cultural events often involve the Ngwenyama or Ndlovukati. At home, the patriarch of the family is the head and in the past, often practiced polygamy. This headman, usually referred to as umnumzane is central to all activities of the home. A group of homes forming a community and the land they reside on forms a chiefdom or umphakatsi. Several chiefdoms form an inkhundla which then belongs of a regional division of the country. This connects the older traditional leadership structures to more modern forms of government.

There are national cultural events such as umhlanga, emaganu and incwala which take place at Royal residences of the Ngwenyama and Ndlovukati. Local cultural events in communities or imiphakatsi, take place at the residence of the chief also called emphakatsini. Weddings, funerals and religious events are usually carried out at family homesteads where neighbors are usually invited to partake.

A traditional homestead in Eswatini.

The principal Swazi social unit is the homestead, a traditional beehive hut thatched with dry grass. In a polygamous homestead, each wife has her own hut and yard surrounded by reed fences. There are three structures for sleeping, cooking, and storage (brewing beer). In larger homesteads there are also structures used as bachelors' quarters and guest accommodation.

Central to the traditional homestead is the cattle byre, or kraal, a circular area enclosed by large logs inter-spaced with branches. The cattle byre has ritual as well as practical significance as a store of wealth and symbol of prestige. It contains sealed grain pits. Facing the cattle byre is the great hut which is occupied by the mother of the headman.

The headman is central to all homestead affairs and he is often polygamous. He leads through example and advises his wives on all social affairs of the home as well as seeing to the larger survival of the family. He also spends time socialising with the young boys, who are often his sons or close relatives, advising them on the expectations of growing up and manhood. 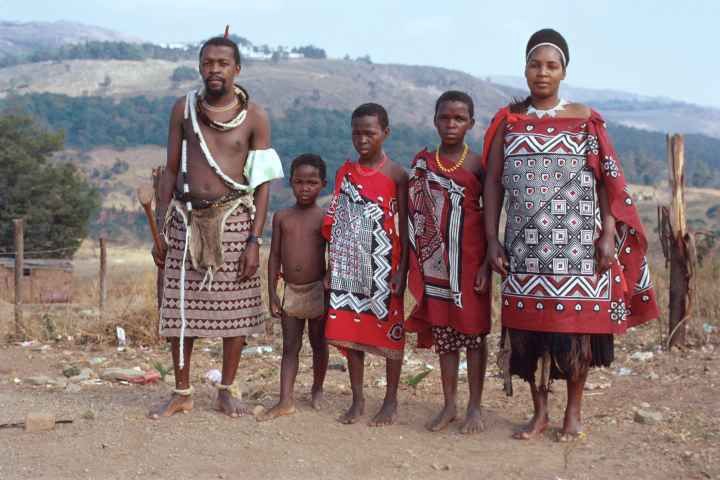 We May End Up In The Supreme Court Over Adwoa Sarfo's Seat - K. T Hammond

Advantages Of Consuming Milk And Garlic Before Going To Sleep

How to Cold Approach a Girl