A 39 years old woman who didn't revealed her identity due to some reasons painfully narrates why she slept in a classroom for three years after she traveled to Kumasi to work. In the the woman's narration, all her family members have been initiated into the smaller gods worshipping.

After she completed senior high school, none of her parents was able to help her enrolled to tertiary institution, so she travelled to Kumasi in 2013 to stay with her friend. The woman said her friend who was a Christian sent her to a church, their pastor told her that she has been appointed to be the next fetish priest in her family.

The pastor revealed to her that she will never succeed in life if she refuses to be the fetish priest. The woman said she didn't take those words seriously but she started experiencing hardship in life a month later. Her friend who was helping her all this while sack because she too lost everything she had. Another person too welcome her into their house, that person too had a dream about an unknown man who gave her a warning to sack her. 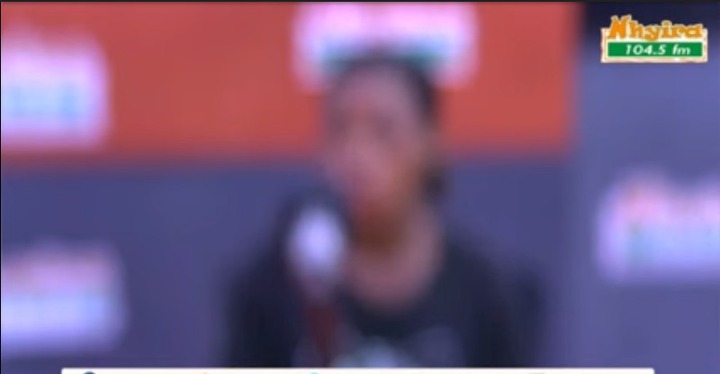 The woman said she was not having any place to stay again because of that unknown man, she used to sleep in a classroom at night for three years. The woman added that she has to roam throughout the day without getting any job to do, it got to a time that she eats any food she comes across.

One day, the smaller gods manifest through a young child telling her to go back to her hometown and be the fetish priest or else she will continue to suffer. The woman again said she was determined not to accept the fetish priest work. A year later, she met her husband who was willing to marry her no matter the problems she was facing, but after she gave birth to her three children, the man too abandoned her because the same unknown man appeared in his dream threatened to kill him if he doesn't divorce her.