By Reading-Makes-A-Man (self media writer) | 1 year ago

Here Are 8 Of The Oldest Religions Of The World 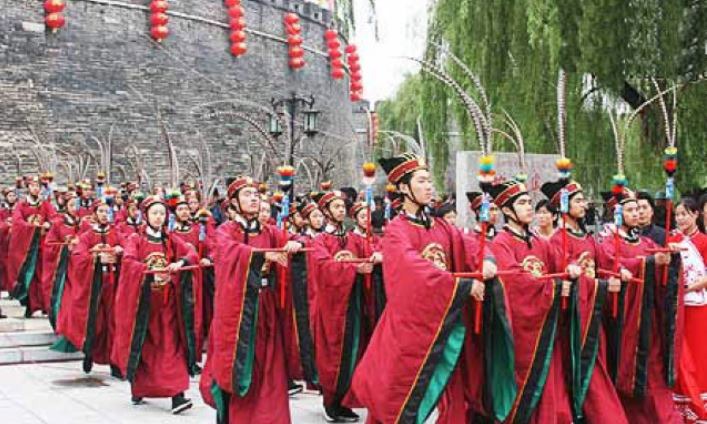 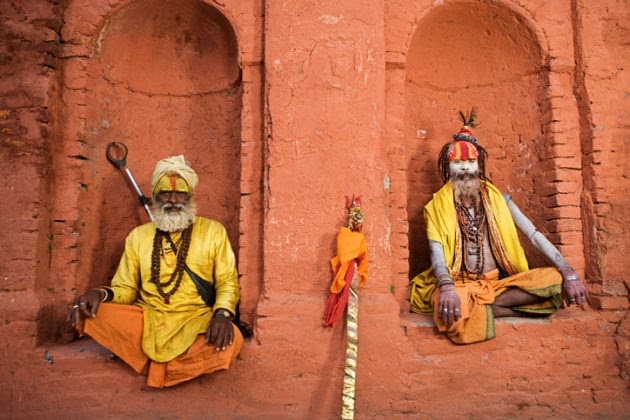 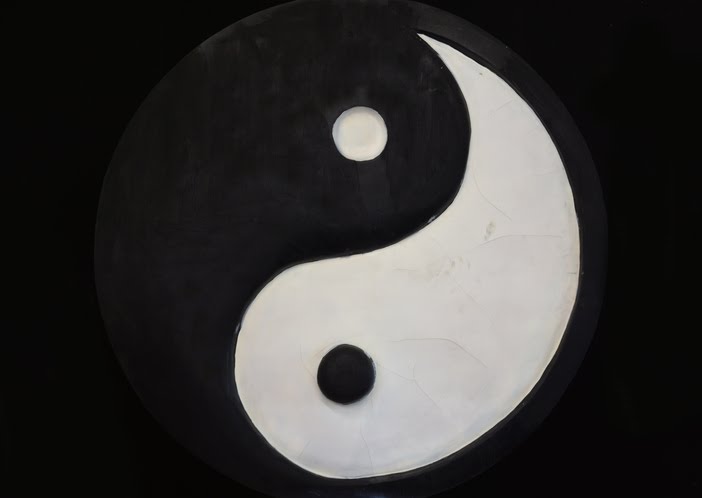 Taoism, this ancient religion is primarily based on the teachings of the Tao Te Ching, a short book containing the teachings of Lao Tzu. It places great emphasis on spiritual harmony within the individual. There are two major schools of Taoism: Religious Taoism (Tao-chiao) which emphasises religious rituals aimed at attaining immortality; and philosophical Taoism (Tao-chia) which tends to focus on the writings of Lao Tzu. Prior to the Communist revolution, Taoism was one of China’s strongest religions.

In popular culture, Taoism is best known for drawing on the idea of unity and opposites or Yin and Yang. The principle of Yin and Yang is that the world is filled with complementary forces of action and non-action, light and dark, hot and cold, etc. The aim is to create a balance between two opposing forces. This religion is practiced in China, Taiwan, Southeast Asia, and parts of Europe and America. 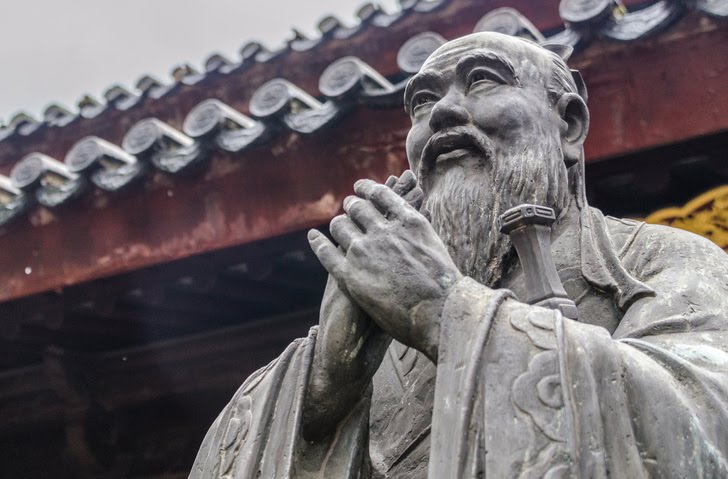 Confucianism is recognised as a religion, but not practiced as a traditional, organised one. It gets its name from its founder Confucius (an Anglicisation of his actual name K’ung-fu-tzu or Master K’ung). Confucius was interested in reviving the values and beliefs of the Zhou dynasty. Believers of Confucianism see it as a system of social and ethical philosophy. Over time, Confucianism has had a strong impact on the spiritual and political life of the Chinese people. Its influence has made its way to many parts of East Asia including Korea, Vietnam and Japan. 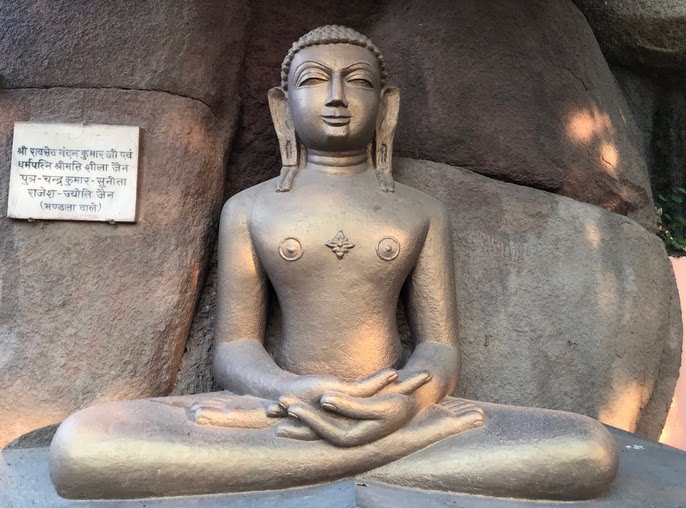 Jainism is an ancient religion from India that emerged in the 6th Century BCE. It shares similar beliefs and traditions with Hinduism and Buddhism. Jainism does not have a single religious text that its believers refer to. Instead, adherents believe that the truth has been revealed at different times by Tirthankaras (prophets). These prophets have achieved the highest spiritual goal of existence. Followers of the religion believe that there have been 24 Tirthankaras so far. The last of these was Mahavira, who is considered the founder of Jainism. 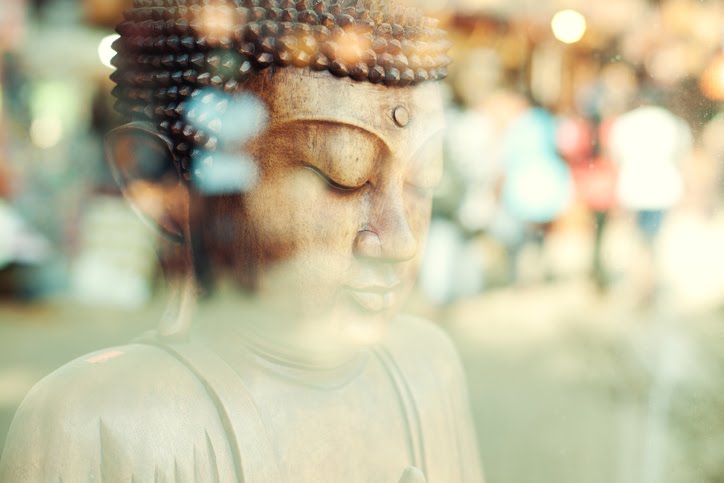 Buddhism traces its origins to one founder Siddhartha Gautama, who was allegedly a prince born in modern-day Nepal, 2,500 years ago. Siddhartha left behind his opulent life after witnessing human suffering for the first time ever. He contemplated the meaning of life and attained enlightenment and transformed into the Buddha, sitting beneath the Bodhi tree (the tree of awakening).

Ever since, all followers of Buddhism practice his peaceful teachings and seek the path of enlightenment. The four noble truths of Buddhist teachings—Existence is suffering (dukhka); suffering has a cause namely craving and attachment (trishna); there is a possibility of cessation of suffering which is nirvana; there is a path to the cessation of suffering—are meant to start followers on their journey to ultimate release from the endless cycle of birth and death. 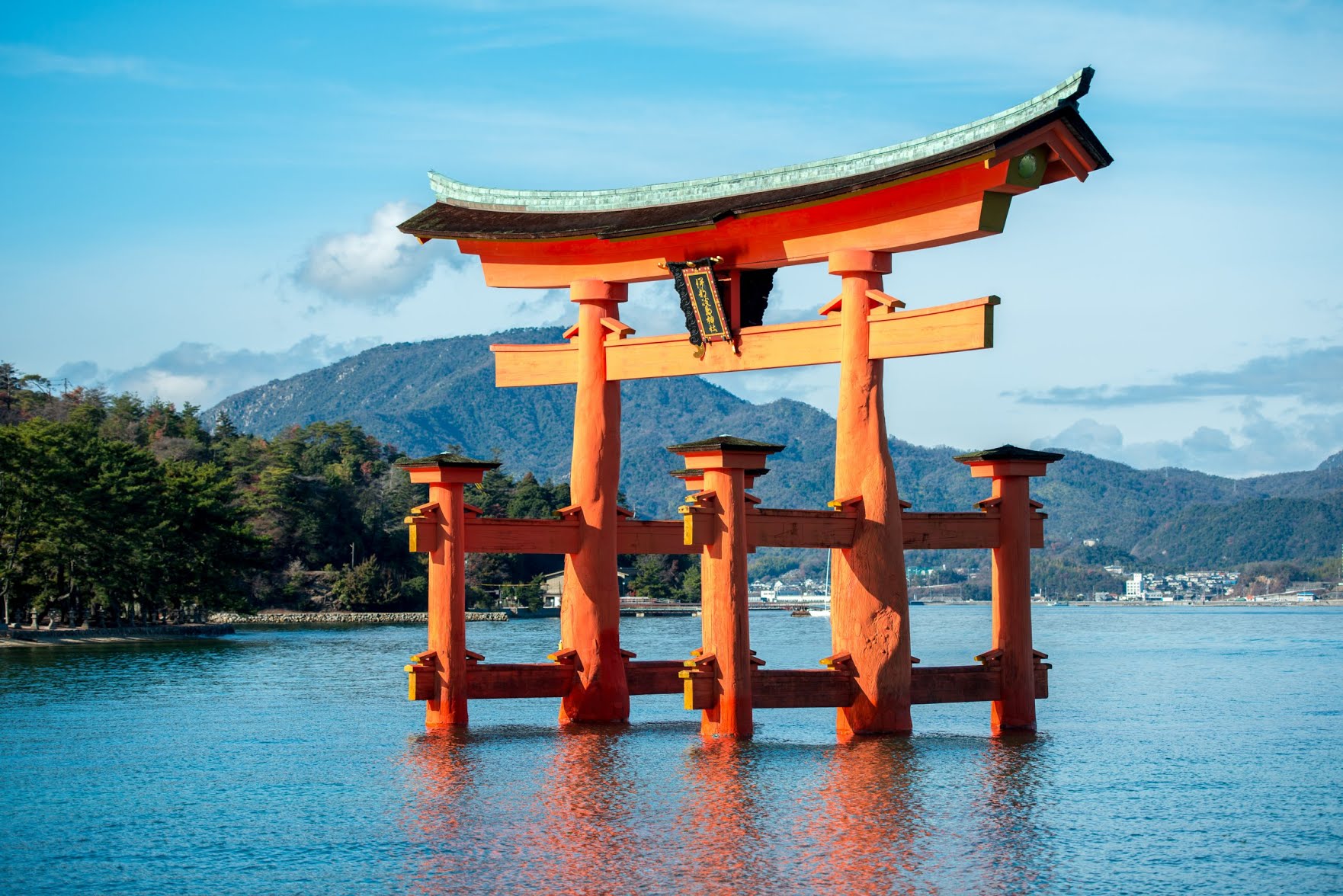 Many believe that Shinto officially began only after Buddhism was introduced to Japan around the 6th Century BCE. However, archaeological records mention that Shinto’s roots date back to 700 BCE with some documents dating back even further. Many Buddhist elements are mixed into the Shinto faith and traditions. One of the guiding principles of the Shinto religion is the idea that everything possesses a spiritual essence or energy called ‘kami’. Mountains, rivers, places, animals and people are said to have ‘kami’ within them.

The belief in the importance and beauty of nature is also integral to this religion. Shinto has no founder and no official sacred scriptures. The ruling aristocracy declared Shinto to be Japan’s state religion during the Meiji Period (1868 – 1912). Shinto and Buddhism continue to remain an intrinsic part of Japanese society and culture. 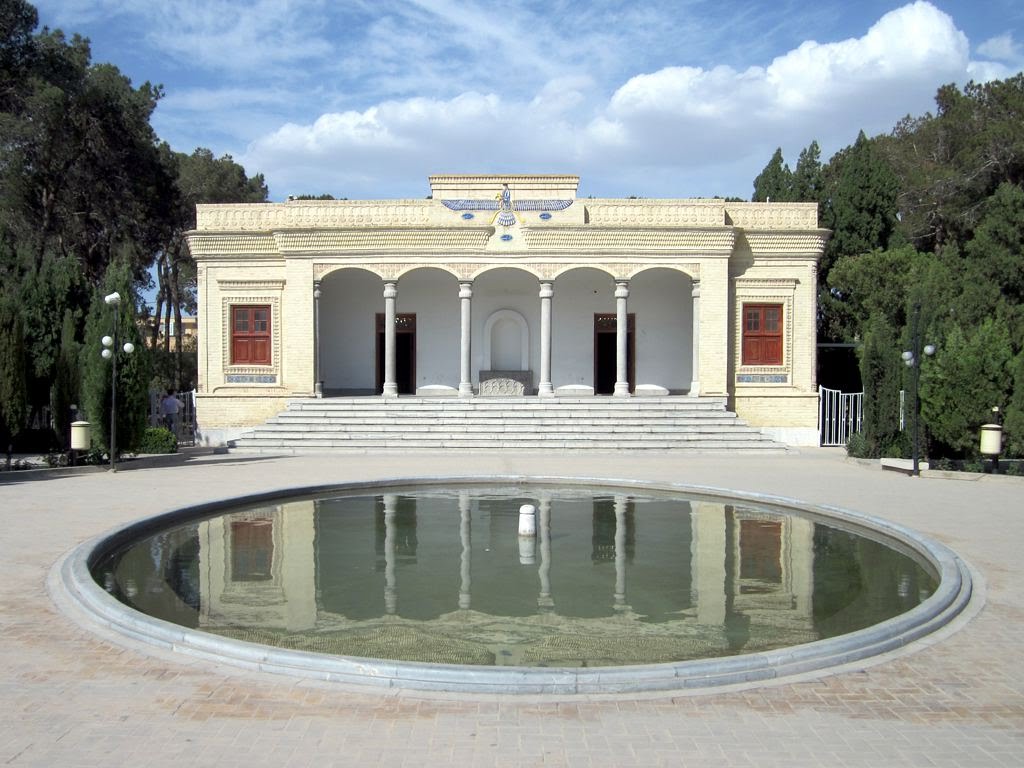 Zoroastrianism was officially founded in the 6th Century BCE by the prophet and reformer Zoroaster. Archaeological evidence shows that the religion’s roots trace back to 1,200-1,500 BCE. Zoroastrians believe that there is only one God called Ahura Mazda. At one point in time, it was considered to be one of the most powerful religions in the world. Zoroastrianism was also the official religion of Persia from 600 BCE to 650 BCE. It shares many major concepts with religions such as Judaism, Christianity and Islam. Zoroastrianism is also dualistic focusing on a twofold nature of the world (good and evil or heaven and hell, for example). 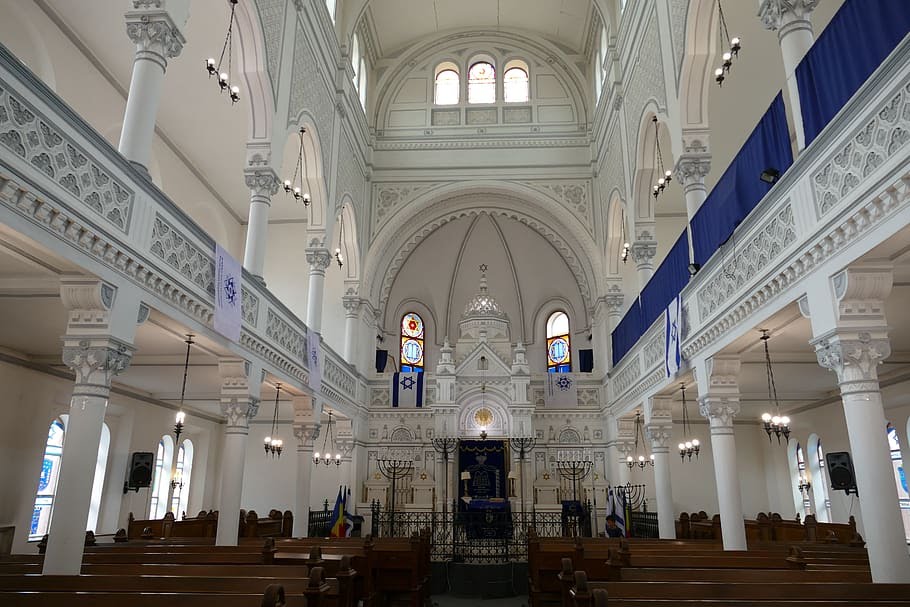 Judaism was officially founded by Moses, although Jewish history traces it back to Abraham, who is considered to be the ancestor of the Jewish people. One of the oldest religions in the world, Judaism has several sacred texts but the most important is the Torah, which is part of a larger text known as the Tanakh or Hebrew Bible.The most important teachings of Judaism is that there is only one God who wants people to do what is just and compassionate. Modern Judaism is divided into three main movements:

Reform Judaism: Followers retain their Jewish identity but take on a more liberal and relaxed approach to many beliefs and practices.

Orthodox Judaism: Which is the most conservative and retains nearly all traditional practices and rituals.

Conservative Judaism: Which lies in the middle and takes a moderate approach to Jewish practices. 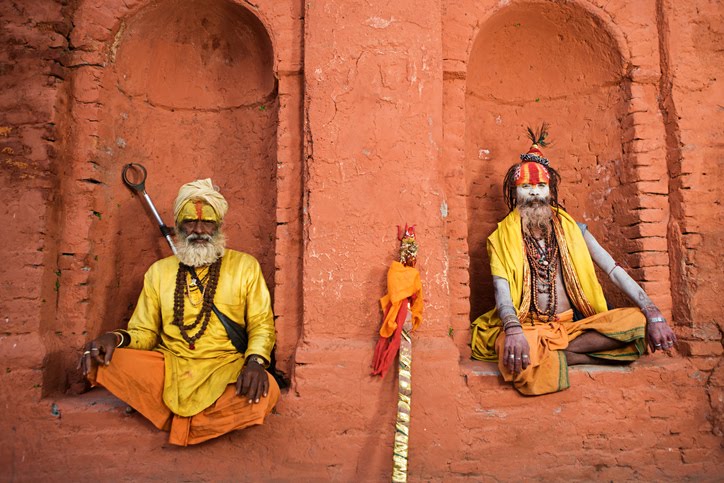 Hinduism is widely considered the world’s oldest religion that is still in practice. And going by this belief it can also be considered as the world’s first religion that is still practised. This ancient religion does not have a particular founder or a single religious text. Instead, it combines many ancient traditions and beliefs. The Rig Veda is known to be the oldest scripture of Hinduism, dating back nearly 3,500 years. Archaeologists have also discovered bull and cow motifs, considered sacred animals in Hinduism, dating back to around 7,000 BCE. This was during a time when an ancient civilization inhabited the area near the Indus River. Millions of people around the world continue to practice the teachings of Hinduism, largely concentrated in India and the countries that surround it.

Content created and supplied by: Reading-Makes-A-Man (via Opera News )

“We Shall Eliminate Morocco by All Standards” - Ghana Coach