The reality of reincarnation- the case of what happened in the Western North region of Ghana.

By Jmahama (self media writer) | 7 months ago 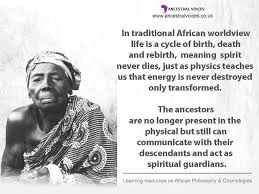 Reincarnation has had varied reactions among African societies. Traditional African religion is a religion that widely holds the belief that a person can be reborn after death. This is given evidence in the life of those who believe in this.

Cultures that believe in reincarnation believe that for a person to be reborn, that person is somebody who has an uncompleted assignment on Earth. He therefore begs to be given a second chance to come back on earth to fulfill such role.

Also, a person will be reborn to avenge. If a person was maltreated especially by his family to death, that person sometimes comes back to aveng 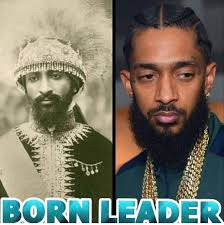 On the other hand, a reborn also comes back to pay for the good deeds of the family whilst on earth. That person upon death begs the ancestoral world to for riches and goodness to bring to the family. Such people mostly become rich unconditionally laying the foundation of the family.

With those who are reborn to torment their families, some rituals are performed to prevent their rebirth. Sometimes, marks are made on the body before they are buried. This prevents them from coming back since they are exposed.

A clear picture of reincarnation happened in a town called Abrabra in the Western North region of Ghana where a child who kept on being reborn tormenting the mother, had his legs broken before burial. Upon rebirth, the child had lame legs. This indicates that it is really the child that kept on being born and dieing that has been born again. Realizing the exposure of his plans, could not die again and has lived into adulthood.

The belief in reincarnation is a social control mechanism that helps families to treat children well. This is because parents believe that if children are maltreated to death, they have the chance to come back to avenge.