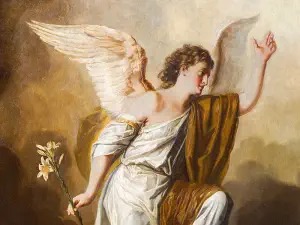 God's angels, according to the Bible, carry messages, accompany the lonely, provide protection, and even fight His battles. "Do not be scared," or "Do not fear," were the first words spoken by angels delivering messages. However, most of the time, God's angels work quietly and don't call attention to themselves while they carry out God's instructions. While God has sent His celestial messengers to serve Him, He has also sent angels to function in our lives in significant ways. 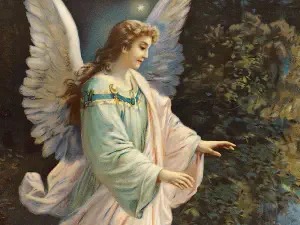 Here are five ways angels are working for us:

1.They Guard and Protect You

Angels are God's sent protectors that are sent to safeguard and defend humankind. This indicates that they are acting on your behalf. Angels have been said to have saved people's lives on several occasions. "For He will instruct His angels concerning you to guard you in all your ways," the Bible says. They will carry you up on their hands so that you do not step on a stone" (Psalm 91:11-12).

God sent an angel to protect Daniel, and the lions' mouths were shut. God directs His closest messengers to keep us safe in all of our endeavors.

Because the term "angel" implies "messenger," it's no wonder that God chooses angels to deliver His message to His people on numerous occasions throughout Scripture. Throughout the Bible, angels are seen communicating God's truth or message as guided by the Holy Spirit.

Angels have come on numerous occasions to deliver critical messages. While angels have been known to send words of comfort and encouragement, we've also seen them deliver warnings, announce judgments, and even carry out verdicts.

"For we are made a spectacle unto the world, and to angels, and to men," the Bible says (1 Corinthians 4:9). Many eyes, even angelic eyes, are on us, according to Scripture.

Angels learn through watching humans for lengthy periods of time. Angels, unlike humans, do not need to study the past because they have lived it. As a result, they know how others have acted and reacted in comparable situations and can predict how we would act in similar scenarios with a high degree of accuracy.

God sends angels to encourage us and try to lead us down the road we need to go. Angels inspire Jesus' early followers to begin their mission, release Paul and others from prison, and orchestrate encounters between believers and nonbelievers in Acts. We also know that God can give angels tremendous power.

While angels can excel in strength, it’s important that we remember that only God is the omnipotent One. Angels are powerful but omnipotence is never ascribed to them.

Angels can also assist us through deliverance. Angels are active participants in God's people's lives. They serve specialized purposes, and it is a blessing that God sends them to help us when we are in need. The ministry of angels is one way God delivers us.

Because of this specific role in our lives, they can warn and protect us from harm.

God loves us so deeply that He sends angels to watch over, guide, and protect us as we progress through life. Even if we don't realize or see angels around us, they are present at God's command and striving to help us in this life and the next.

Please stay tuned for more intriguing stuff from me. Leave your thoughts in the comments section below. Please like and share.

Attitudes That Will Improve The Love in Your Romantic Relationship.

How to Win a Woman Over with 10 Steps

Despite the teachers' strike, schools will be open, according to GES

Government: Despite IMF bailout, E-Levy will not be eliminated.

Government to enroll all NABCO persons on the YouStart programme.