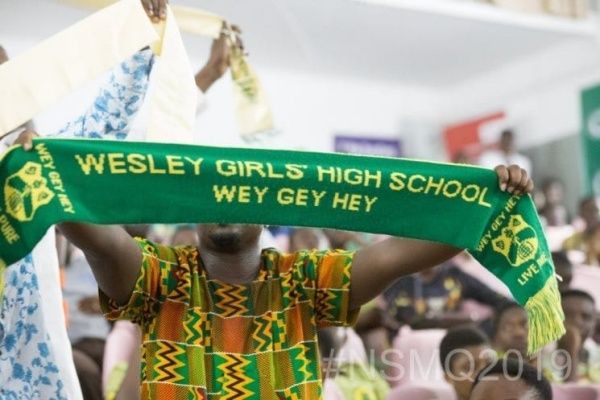 The National Peace Council has finally added its voice to the ongoing Ramadan debate at the Wesley Girls Senior High School.

There has been a brouhaha between some Muslim parents and the authorities of Wesley Girls Senior High School.

This was after the authorities of the school denied some students to participate in the Ramadan fasting month.

The issue has raised concerns among the Muslim community who have indicated that the conduct of the Wesley Girls Senior High School is a real definition of discrimination.

Other well-meaning Ghanaians have also raised concerns about how some Christian schools treat Muslim students.

There have been allegations that some schools refuse Muslim students to wear their hijabs with others being prevented to pray.

Some Ghanaians have raised issues that Muslims and Christians have coexisted for many years in all endeavors.

They believe both Muslims and Christians live together in society and work in a similar environment, and that is enough guarantee for their student to also practice their religion in the school.

But the Ghana Peace Council has finally released an announcement to officially settle the matter. The Council through its chairman, Dr. Ernest Adu Gyamfi, has called for calm to prevail.

According to the Council, they have taken note of the matter and are working behind the scenes to bring a conclusion to it.

The National Peace Council is also calling on all Ghanaians with a particular mention on those that have been heavily affected to be guided in their public utterances.

The Council calls the Muslim leadership to urge their members to remain calm.

“The Council respectfully reminds Ghanaians of how far we have come as a people by living together for centuries. The Council appeals to the leadership of the Christian and Muslim communities to urge their followers to remain calm as efforts to build on the time-tested peaceful co-existence among Christians and Muslims are made by the relevant authorities and organizations”. Part of the statement indicated. Settle the

We believe this announcement is enough to bring an amicable end to the entire issue. 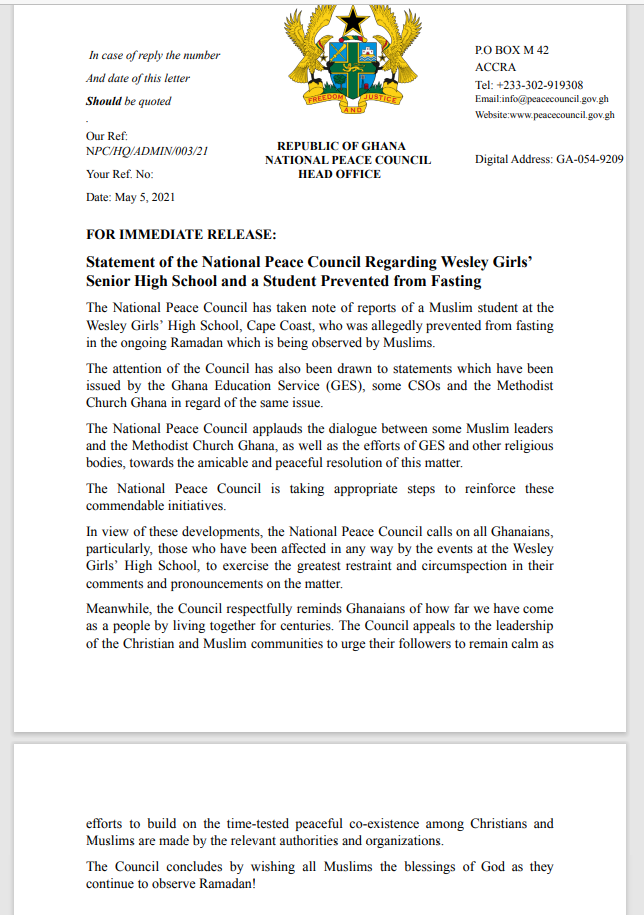