By Tongsebastian (self media writer) | 1 month ago 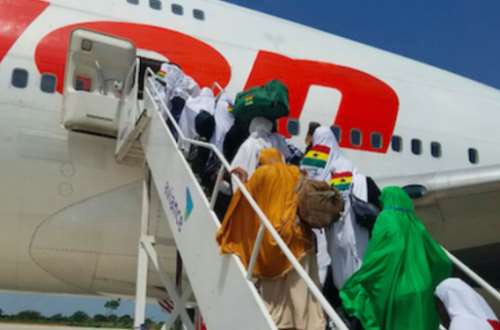 Muslim pilgrims who paid for this year's hajj but were not airlifted to Saudi Arabia have been promised a reimbursement by the National Hajj Board.

The board claims that due to a finite quota Ghana was given by the Saudi authorities, it is unable to fly out all the pilgrims who have paid the necessary amounts.

According to Abdul Rahman Gomda, the Hajj Board's communications director, the board is aware of the frustration of many of the pilgrims who have been left disappointed at the hajj village because they had hoped to have left the country for the 2022 hajj; however, it is unable to do much for them due to the limit placed on the number of Ghanaian pilgrims Saudi Authorities will allow into the country.

Each nation is assigned a quota. We had 6,000 pilgrims planned to go two years prior. Sadly, Covid arrived. Although we initially believed it would be possible, it was not. The Hajj is overseen by a specific ministry under the control of the Saudi government, and it was agreed to allocate 3,069 spots to Ghana. Not everyone will be able to go given the circumstances, which is why you are seeing these agitations and discontentments, he remarked.

They claimed that the board is making efforts to ensure that the disgruntled pilgrims have their money returned as soon as possible.

“They will receive a refund of their money. Nobody will use their money to make purchases,” he claimed.

In a previous interview, several of the pilgrims stated that they expected to be given priority after paying for the journey in 2019 and topping it off with the additional monies asked by the board this year, but they were not included in the aircraft to Mecca for this year's hajj.