By Bronzeman (self media writer) | 2 months ago 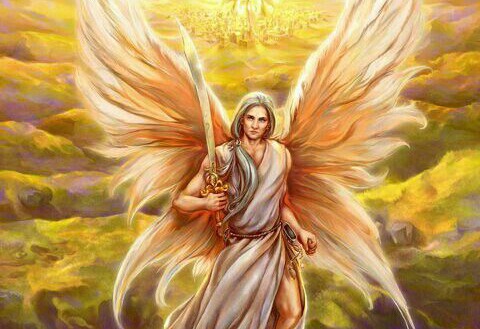 Although only Michael (Jude 1:9) is referred to as a "archangel" in the Bible, according to Christian tradition, there are seven archangels. Their names change depending on where you look, but Michael, Gabriel, and Raphael are the three that are consistently named.

These three are the only archangels recognized by Catholic tradition because they are the only ones mentioned in the Bible. In a homily, Pope St. Gregory the Great taught that archangels are angels who deliver messages of the utmost significance.

Remiel, Saraqael, and Uriel, are listed in the non-canonical Book of Enoch, a work that was discovered in the Dead Sea Scrolls and is regarded as canonical in the Bible of the Ethiopian Orthodox Church (Enoch 20:1-8).

Uriel is listed as one of the archangels in the Second Book of Esdras, which is also rejected by the Catholic Church as canonical. The archangels Michael, Gabriel, Uriel, Raphael, and Joel are mentioned in a number of Jewish apocryphal writings. Michael is a defender and a protector in the Catholic Church. The snake or dragon is usually seen being killed by him (see Revelation 12:7-9). The St. Michael Prayer is probably well-known to all of us: "Defend us in war; be our protection against the wickedness and snares of the devil." In a sermon, St. Basil elevated Michael above all other angels, and this devotion spread across the Western Church in the sixth century.

Revelation, Gabriel is arguably the most well-known archangel (Luke 1:26). Gabriel also makes two appearances in the Book of Daniel, did you know that (8:16 and 9:21). He is identified by name as a person who assists Daniel in making sense of his visions. Gabriel is the angel who was sent to the Prophet Muhammad according to Islam (the angel Jibril in Arabic). Gabriel and Michael are both referred to as the Guardian Angels of Israel in Jewish tradition. His name is an acronym for "God Is My Strength."

The healer is Raphael. Although he has a significant appearance in the Book of Tobit, he is also frequently identified as the angel that stirs the waters of the Pool of Bethesda, as recorded in John 5. His name translates to "God Heals." He poses as someone else in Tobit and goes by the name Azarias. In front of Tobit and Tobias, he admits.

Although we call Michael, Gabriel, and Raphael "saints" in Catholicism, this does not imply that they are canonized saints; rather, they are angels, or spiritual beings. Their sanctity and closeness to God are simply indicated by the honorific terms "saint" or "holy one."