By LloydST (self media writer) | 1 month ago

This is one of the most popular tales in the Bible about how the most beloved King of Israel came to prominence. In the Bible and persons of the Christian faith, it shows the power and favour of God. For the neutrals it is the ultimate underdog story that pitches a proven Warrior against a young shepherd boy. Its also being adapted by language to depict events of what seem to be unsurmountable odds heavily stack against our protagonist. So who really was the protagonist in this David and Goliath Story? 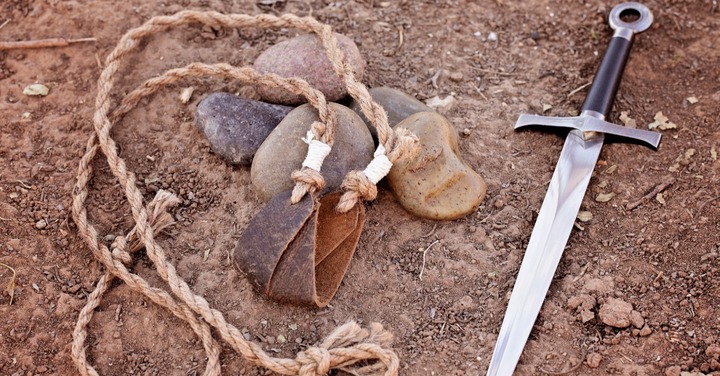 So as the story goes, long time enemies of the Kingdom of Israel, the Philistines wage war against them, why? When the Israelites left Egypt, they had no home. They left on a promise, the land flowing with milk and honey - not to be taken literally, Canaan and territories that belonged to Philistia. Before the siege for Canaan, Israel had sent spies to gather intelligence on those territories. They reported sighting of giants often described as monstrous in an exaggerated twist. So naturally, Philistia feeling aggrieved over Israel's occupation of some of these territories perpetually engaged their rivals in battle.

So it happens that, Philistia and Israel occupy the foothills of either side of the valley of Elah. Both armies know that anyone who makes the mistake of loosing the high ground automatically loses the battle, so none is ready to commit. The Standoff is so tense that the Philistines made an open gesture to the army of Israel, your best man against ours and winner takes all. Sounds like a take out of Greek mythology. And who does the Philistines present, Mighty Goliath. The mere sight of him intimidates all that stand before him and sends shivers down the spine of all those who dare fight him in close combat. This monstrous specimen of a man is heavy infantry and perhaps lots of propaganda has been spread in his name. From the army of Israel standpoint, this giant is so huge and strong that he carries a very heavy set of weapons even to the extent that he is aided by another soldier. He will taunt the Israeli army with barrage of insults on a daily basis.

It took 40days for the army of Israel to present a Champion, David, a young shepherd boy whose only combat experience are slaying Lions and Bears that attacked his flock. So when David goes down to the Valley of Elah to confront Goliath, the odds were heavily stack against him. When Goliath sees him, he laughs and says, come i will give your body to the birds. But David does not go closer, he steps by the side of the stream flowing in the valley and pick stones. The expectant Goliath still waits for the young boy to engage him in close combat, that was his deadly mistake, unbeknownst to him, the boy had changed the rules of engagement he would make it an artillery fight, simply put, he will throw missiles at him. At this point, David had the upperhand and victory was a certainty. Goliath lost the battle from day 1 of his taunting of Israel.

According to Malcolm Gladwell in his Book; David and Goliath: Underdogs, Misfits, and the Art of Battling Giants 2013, he explains the presence of Gigantism been prevalent in ancient Philistia. Side effects included; Profuse sweating, enlarged organs, Double vision or difficult side vision, headaches, joint pains etc.

Young athletic David had none. 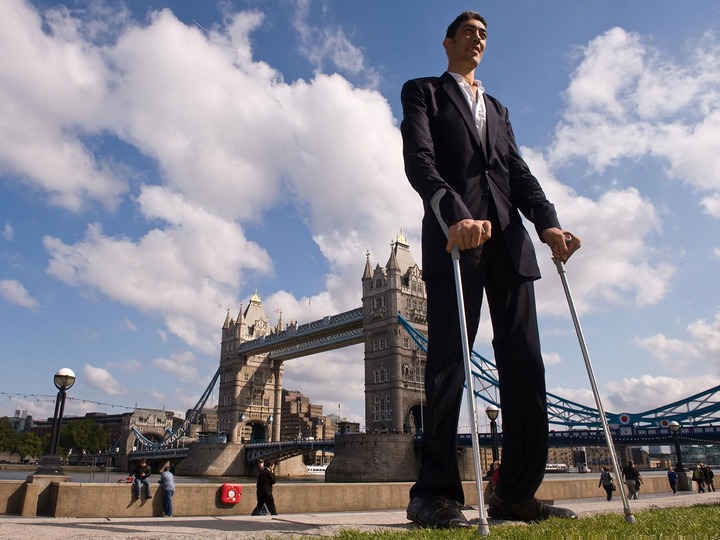 World Tallest Man walks with the aid of a walking stick or crutches. Sultan Kösen is 8ft 3inches tall

How Tall Really was Goliath? Professor Jeff Chadwick of Brigham Young University’s Jerusalem Center of Archaeology and Near Eastern Studies, studied the exact measurements of the ancient Israeli cubit. He accepts the reading of four cubits and a span. Using the measurements for the cubit and span that he has determined in seven years of intensive on-the-spot research, that comes out to 7 feet 8 inches. Therefore Goliath was realistically anything between 6 feet and 9 inches and 7 feet 8 inches. Note that as the story unfolds, David beheads Goliath with his own sword, if Goliath was really 9 feet 9 inches, his sword will be like 5 feet, nearly the entire height of Young David.

So assuming Goliath was indeed 7 feet and 8inches, he painstakingly travelled to and fro the Philistine lines on a daily basis wearing his heavy bronze armour putting stress on his hurting joints. You can imagine him sweating profusely, panting with laboured breathe. Goliath needed help with his weapons because he had lots of joint pains and had poor vision and is easily tired, he needed David to come closer so he can see him by uttering the words come so I can give your body to the birds. David simply steps to his side at a distance and picks stones and Goliath does not see him. 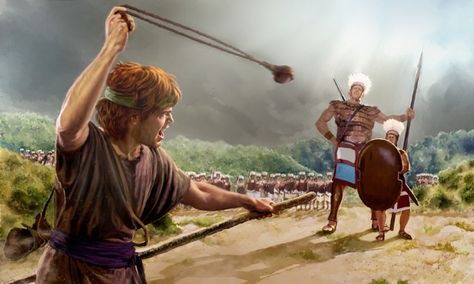 Goliath expects close combat as he is heavy infantry, David had a sling, he never planned to engage Goliath in a one on one combat, he knew he would lose, so he changed the game plan. At a distance, he hurled his stone toward the stationary giant, with double vision. Mind you, in David's previous combat experience he slung his sling at moving targets; lions and bears. The opposition Goliath presents pretty much not as formidable as the predatory creatures he previously slayed. As the stone flew in on him, Goliath most likely does not see it. He is also slow to react, as his joints hurt and tired, the stone strikes him at David's exact aim, the most vulnerable spot in his head. He falls face first concussed and probably some broken bones. Goliath is deeply injured, he cannot get up, most likely suffering internal bleeding as well, his weapon bearer is an inexperienced fighter, he quickly throws Goliath's weapon away and bolts. David then stands over Goliath's body and ends his misery. 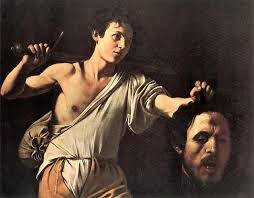 So is this really an underdog story? Goliath was huge and strong but physically not healthy. His legend was based on propaganda. He was slow and quite blind but was presented in the opposite. His opponent on the hand had experience with targets similar to his size but more agile. Goliath expects his challenger in a single combat not an artillery one. To sum it up, David had Goliath well scouted. He preyed on his weakness and defeated him. Likewise, to every challenge, there is that weakness. 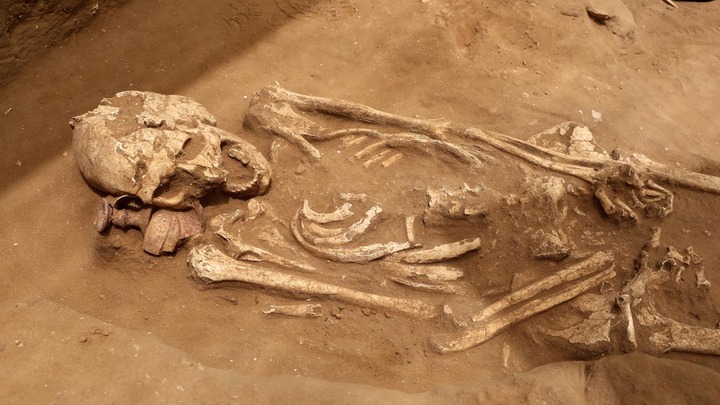 Content created and supplied by: LloydST (via Opera News )