So Religious, Yet So Corrupt

By Razak-Ayariga (self media writer) | 1 month ago

Religion, especially Christian and Islam has come to stay in Ghana. Many of us are born into religious homes, given religious names, and even taught the virtues of religion right from infancy so that we may grow to become responsible men and women who would steer the mantle of affairs for a better society. And most especially, so that we may inherit the kingdom of God in the afterlife.

Statistics show that about 90% of the Ghanaian population is made up of Christians and Muslims (71.3% Christians and 18.4% Muslims from the 2010 census). I couldn’t get the most recent figures so I’m going by this. It is therefore not surprising to me that on Sundays the various churches in Ghana are deluged with worshippers, both young and old men and women, dressed immaculately in attires that give them the appearance that can be akin to angels.  The little ones are not left behind as toddlers are usually seen tagging along such that many churches can barely accommodate such a mammoth crowd and thus have to observe multiple services.

And on Fridays Muslims can also be seen dressed impeccably to the various mosques. The men, mostly in long sparkling white attires and hats to match, always making sure they are in time for the prayers while the women, with their heads covered in veils as required of them, do not want to be left out.

Hmmm, the desire and passion to worship our creator - at least so it seems!

Paradoxically, in this same country corruption is becoming a norm! or has already become? According to Transparency International’s report, Ghana’s corruption index is 43 points on a scale of 0 – 100 in 2020. On this scale, 0 signifies the highest corruption, and 100 implies no corruption. It also adds that 33% of Ghanaians paid or took bribes in 2020. Hmmm, are you dumbfounded? Well, I’m, and you should be because 33% of a population of about 30million means over 9million bribes happened in a country where 90% are believers in 2020.

The least corrupt countries as reported by Transparency International are Denmark and New Zealand who both have 88 points each. Surprisingly, well, not so surprisingly, a country like New Zealand only has about 37% Christians, 48.5% non – believers, and the remaining 14.5% worship other religions. Hmmm, maybe corruption isn’t about religion, or better still religion doesn’t influence us when it comes to corruption.

But come to think of it, the various religions in Ghana teach us, unequivocally that service to mankind is service to God and that we should show kindness, honesty, compassion, love, and the list goes on to our fellow mankind. How come a country that has its worship centers barely containing its worshippers be this corrupt? What happens to the piety we display in worship? Perhaps it’s all a charade we put up to deceive no one but ourselves! Do we simply dress up on worship days like saints, march to the worship centers, listen to the word of God (Allah) and then leave everything at the exits and walk back home and live our lives without any regard to any of the religious virtues? That must be an utter waste of time! Or do the men of God these days only care about mundane things so much that they do not teach us hats right anymore? Hmmm the obsession with material things! My good friend, Akugri Joseph (Excellency) summed it up perfectly when he said nowadays pastors and men of God are motivational speakers.

Sadly, corruption has become quotidian in Ghana, and in any corrupt society, the less privileged and those who do not know or have “somebody” at the top of the hierarchy suffer the most. The rich will continue to be rich and the poor will continue to be poor – money begets more money! Any corrupt act you engage in, no matter how little it may seem, culminate to deprive a needy person somewhere his or her basic need. Remember, the poor also cry to God (Allah) and He listens to the cry of the poor!

Corruption is inimical to growth and development and we must all make the conscious effort in any way we can, in any corner we find ourselves, to be upright in our actions. The Scottish evangelist, Oswald Champers rightly said “We are what we are in the dark; all the rest is reputation”. Let’s not be little “angels” on worship days but metamorphose into giant demons who suck away what does not belong to us.

My rector back in high school used to say “Piety is from the heart”. Endeavour to be pious at heart and let anything you do be for God and country. We are so religious yet so corrupt…………. 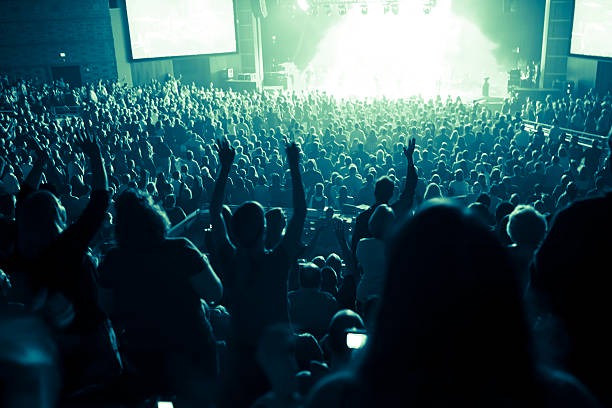 Content created and supplied by: Razak-Ayariga (via Opera News )