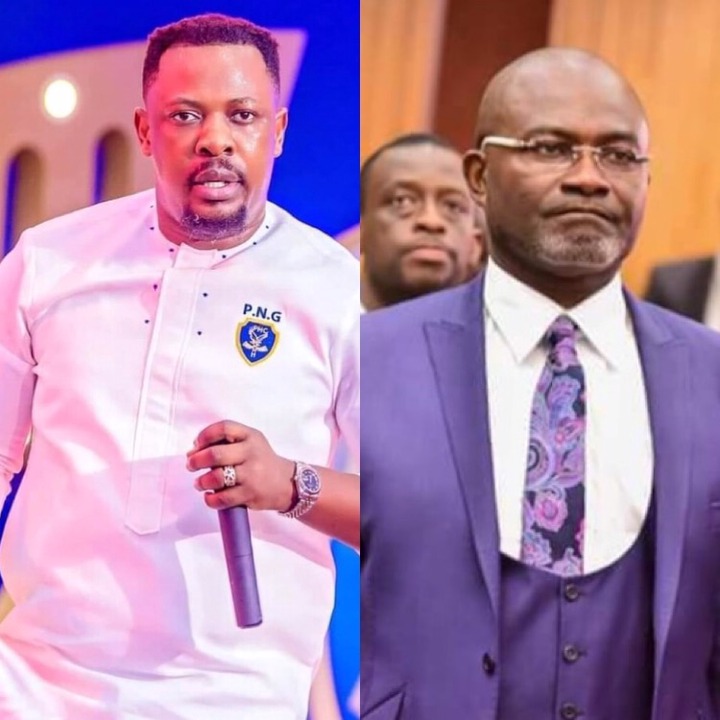 The founder and leader of Prophetic Hill Chapel, Nigel Gaisie has recently sparked massive stir, debates and arguments across all social media platforms after he boldly sent another unexpected sad message to the member of parliament for Assin Central, Kennedy Agyapong. 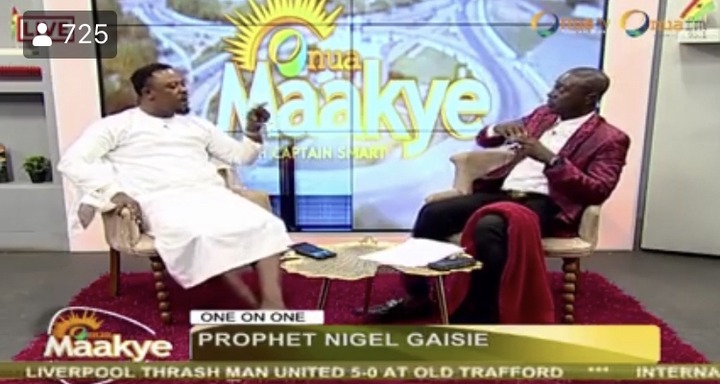 Speaking on the most anticipated “Onua Maakye” show with host, Captain Smart, Prophet Nigel Gaisie was given the privilege to share his immense thoughts and opinions on the unexpected verbal attacks and accusations he had received by the Assin Central MP, Kennedy Agyapong on Net 2 Television and other related issues.

Whilst addressing the most anticipated issue, Prophet Nigel Gaisie emphatically revealed that, he would have been very proud of a prominent lawmaker like Kennedy Agyapong was his father considering his achievements in Ghanaian politics and other related issues.

Surprisingly, Prophet Nigel Gaisie expressed his disappointment in Kennedy Agyapong whilst backing his claims with a Bible quotation from 2 Timothy 4:14 that, He will not retaliate to all the false accusations made by Kennedy Agyapong against him on live TV but posterity will speak for him if not now, then in the future.

”Anybody that fights a prophet will go down, if not now then time will tell. You cannot touch the prophet the prophet of God and his church. You cannot say things that are not true against me even if I’m not a prophet or there’s no oil on me”, Prophet Nigel Gaisie emphatically stated.

Prophet Nigel Gaisie also highlighted that, just as Honorable Kennedy Agyapong prides about the success stories of his daughters and son, the popular prophet revealed that, he also has a daughter currently studying law outside Ghana and other related revealations. 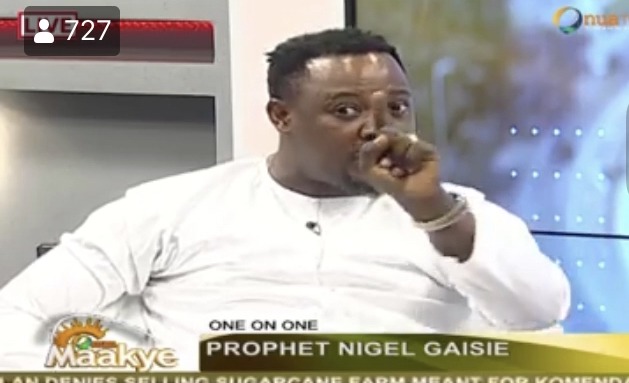 “He is a continuous liar; am giving account of what he has done to me. So if you say that I killed Ebony; I haven’t even seen her before. If you say that I killed a certain lady, till today the police have not arrested me. I don’t even know that lady; she doesn’t attend my church”, Prophet Nigel Gaisie emphatically added.

What are your thoughts on Prophet Nigel Gaisie’s unexpected message to Kennedy Agyapong over Ebony’s death and others even though most Ghanaians claim otherwise?