Did You Know There Are Female Prophets In The Bible? Check Out Their Names

By JamesKotochi (self meida writer) | 19 days

A prophetess by definition is a woman who speaks for some divine being. There are several prophetesses mentioned in the bible from the old testament to the new.

Even though scholars still debate on the exact number of female prophetesses in the bible, with some alleging that Isaiah's wife, Sarah and Esther are prophetesses.

Here are the names of the female prophets mentioned in the bible by name: 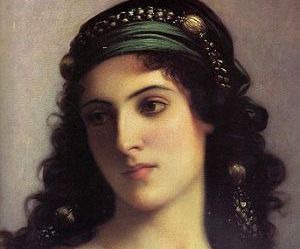 Miriam was described in the old testament as a prophet of God. She was the sister of Moses and Aaron. She was the woman who led the Israelites in the song of the sea after the Lord defeated Pharaoh's army. She can be found in Exodus 15:20.

Huldah was a prophet of God mentioned in the old testament. Huldah was mentioned in both 2 Kings 22:13-20 and the book of Chronicles. According to the Jews, her husband was a righteous man and it was on account of him she was gifted with prophecy.

According to the book of Judges, Deborah was a prophet of the God of the Jews. The bible describes her as a Judge, warrior, prophet as well as a singer and a songwriter. The story of Deborah can be found in Judges 4:1-23 and her song in Judges 5.

Annah is the only female prophet to be mentioned in the new testament. According to the Gospel of Luke, she was an old woman from the tribe of Asher who prophesied about Jesus at the Temple of Jerusalem. Annah received the child Jesus when his parents brought him to the Temple to be dedicated to the Lord. She is believed to be the daughter of Phanuel. Her story can be found in Luke 1:36-37.

As I said earlier, some may include other prophetesses but the above are the female prophets mentioned by name in the bible.

Meet Ibrahim Mohammed, The Blind Man Who Has 11 Years More To Serve In Prison For Alleged Poor Trial